Value In The Highest: Of Truth, Will, and Love 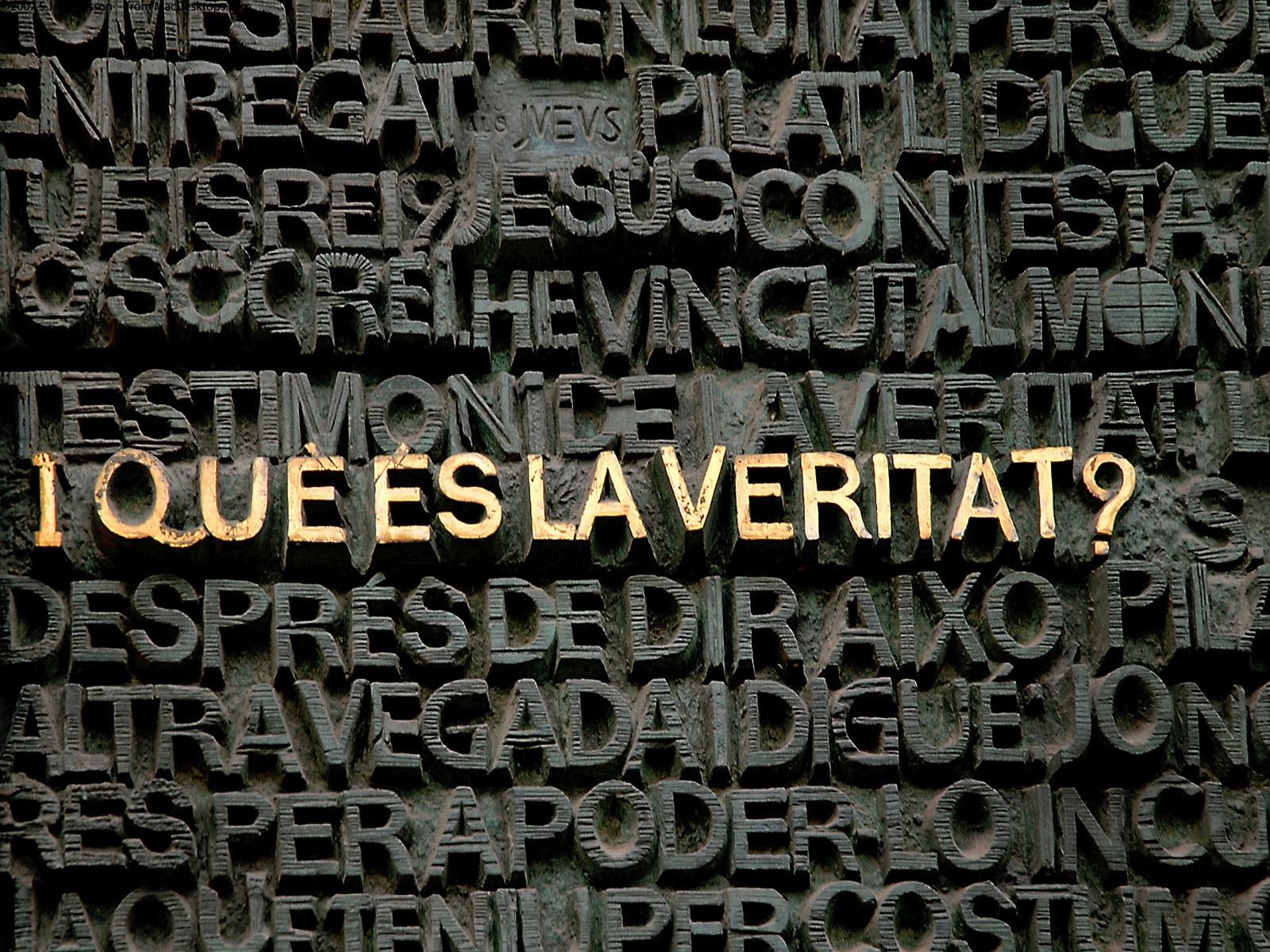 What is the highest value in life? What is the goal that we should pursue above all else? Many have attempted to answer this question- in fact, both philosophy and religion exists as attempts to solve the riddle. If you do not know your core values, you will live your life as a ship without a captain, adrift aimlessly in the seas of chance. If you are wrong about what you value, you will sail as a man with the wrong map. However, the man who knows his values can navigate even in the most terrible storm.

We’ll begin with an examination of older value systems- beginning with the Christian notion that God is love (agape – ἀγάπη). When examining a religion, whatever is elevated to the status of God is equivalent to the highest value. This is the primary message of Jesus of Nazareth- the old covenant is broken, and the wrathful God of the Old Testament (“For thou shalt worship no other god: for the LORD, whose name is Jealous, is a jealous God,” Exodus 34:14, KJV) has become the God that he presents (“He that loveth not knoweth not God; for God is love,” John 4:8, KJV).

What are the effects of placing love at the top of your value hierarchy? The most obvious conclusion of this doctrine is evidenced with this passage from Matthew, 5:38-40,

“Ye have heard that it hath been said, an eye for an eye, and a tooth for a tooth: But I say unto you, that ye resist not evil: but whosoever shall smite thee on thy right cheek, turn to him the other also. And if any man will sue thee at the law, and take away thy coat, let him have thy cloak also.”

I have major issues with this sentiment. The most obvious failure here is “ye resist not evil,” and any value system that espouses such a belief is condemned to be a value system for the enslaved and slain. Imagine the world, had the Allied forces not stood against Nazi Germany- they resisted the evil, and we are better for it.

Part of the error lies in the rejection in our inherent capacity to do evil ourselves. Far too often, we are inclined to believe that there is a distinct segregation between good people and bad people, and, of course, we always see ourselves in the camp of the former. However, as the Holocaust (and every other abomination wrought by Man) has shown us, “good” people will do horrible things when “just following orders.” It is the grim reality that we must face the capacity for horror within ourselves, accept that it exists, and embrace the totality of our being without shame or self-loathing to live honestly.

My second objection to the primacy of love as a value is that the logical conclusion of turning the other cheek is willing martyrdom. This is presumably acceptable to a value system that believes the world is evil or that there is some superior afterlife to come. However, we seek to define the ideal values for living, so we must reject those that lead to what consists of little more than a self-aggrandizing method of assisted suicide. I firmly believe in not only the right, but the obligation to defend oneself and those that one values. This expresses a contradiction in the doctrine of cheek turning- is it an act of love to let those you love be slaughtered, raped, or tortured needlessly by those who have no such value? Could you honestly believe this value and tell those dear to you to turn the other cheek and welcome the assault? This is not a complete condemnation of love- it is certainly one of the highest values, but we have seen the flaws with it being enshrined as the value supreme.

Next, we come upon the value of the Will (Thelema – θέλημα). This form of the word is most commonly associated with two things- traditionally, the Will of God, and more recently, the system of belief called Thelema created by esotericist Aleister Crowley, who famously declared the value system of Will with,

“Do what thou Wilt shall be the whole of the Law- Love is the Law, Love under Will.”

This is obviously no endorsement of Crowley, however his phrasing is the ideal evolution that proceeds after the enshrinement enacted by “God is Love.” To see a better expression of this value system, we have to go back a bit before Crowley to the most devout disciple of the Will, Friedrich Nietzsche:

-Friedrich Nietzsche, The Will to Power

The flaw that I find in the Will-supreme value system is most obviously expressed with Adolf Hitler. Now, I do want to clarify that, while the Nazis were quite fond of Nietzsche, the man was in fact very much against nationalism and anti-Semitism, and as such their use of his work was a perversion. However, it is because of the failure of the Will as a supreme value that this occurred at all.

The shining example of this failure is on display in the infamous propaganda film, “Triumph of the Will,” with Adolf Hitler speaking,

“It is our will that this state and this Reich shall endure through the coming millennia.”

The fundamental flaw at play here is that the Will as primary can be used to justify any sort of whim, emotion, or feeling as equivalent to a divine dictate. Any that oppose the Will are, at best, obstacles to be overcome and, at worst, enemies to be annihilated. Crowley attempted to elevate the Will to something divine- the True Will, but that doesn’t rectify the glaring issues that allowed Hitler to rise. In other words, every power-mad person believes their Will is the True Will.

There is one more sinister system than these two genuine attempts to solve the problem of value- Nihilism. Nihilism is a response to what Nietzsche termed the “death of God,” or more simply the failure of the old value systems in the face of the Enlightenment-caused erosion of religion. Nihilism is the belief that life has no inherent meaning or value- ironically enough, the nihilists are too great of cowards to simply follow their philosophy to conclusion and kill themselves. Instead, the spectre of Nihilism lingers and is the greatest threat to the existence of the human race ever produced.

The failure of Nihilism is evident from the conception- anyone who chooses to live accepts that life is a prerequisite for value, and our values must then act in the service of life. The rejection of life, and life as the root of all values is therefore a recipe for disaster- it is nothing other than the outright denial of reality, and it is a cancer of the soul.

What better antidote, then, to the denial of reality than reality itself?

Truth, or more specifically, Aletheia (ἀλήθεια)- the unhidden Truth of Reality. There is a word in Sanskrit that means essentially the same thing: Sat, which means both Truth and Reality. Regardless, Truth is what is required to prevent the martyrs for Love, the monsters of Will, and the loathsome life-denial of Nihilism.

Many have claimed to know (or own) some form of truth, and this is where the danger lies for abuse. We must enshrine Truth as a goal, and to make Truth a goal means to make what we know like clothing- something can be changed easily as our understanding changes. By rooting ourselves in what is real, both the good and the evil, we make ourselves able to accept, understand, and then welcome the totality of being.

We embrace life without denying that suffering exists. Those who live in Truth do not seek to pretend that by refusing to fight evil we can make it go away. We will not be martyrs, we will confront the evil we find, within and without, until this evil submits. We shall temper the whims of Will with the light of the Truth, and bend the Will to serve something beyond itself without rejecting the Self. No harm can come from aligning oneself to the True except to those things that would be destroyed by the Truth- “all falsehoods, wicked, left behind.”

Go forth in eternal pursuit of what is True, and conquer any resistance to reality within yourself- the world is yours, if you should choose to accept the burden of Truth.