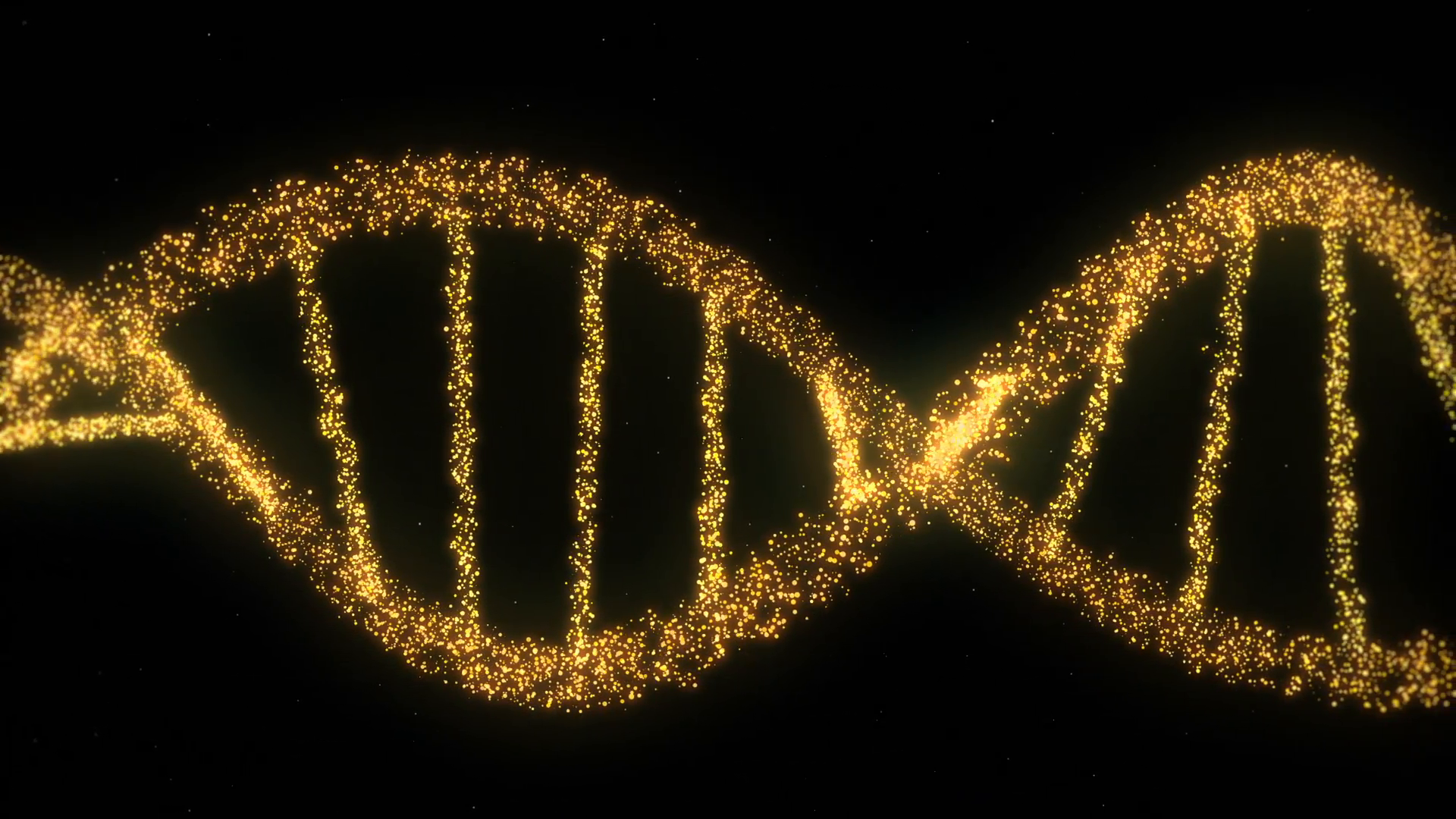 There’s a symbol I’ve always been a huge fan of- the Unbroken Golden Chain. This has actually been used a number of different ways historically- in western religions, it’s the unbroken chain of salvation (from a Puritan theologian called Perkins), in middle eastern religions, it’s a line of spiritual authority claimed by the Shia Muslims (and a similar concept exists for the Sufis as well), and the Freemasons use the concept as a name for one of their sub-organizations (nothing fancy, just for wives of Freemasons). There’s also a Hermetic text using the name. I may even make an argument that Jacob’s ladder constitutes a use of the symbol, but that’s going to have to wait until we really unpack what the Unbroken Golden Chain represents.

Karma is a Boat

The first meaning of the symbol of the Unbroken Golden Chain is pretty straightforward- cause and effect are inextricably linked (unless you want to make some arguments about the observer effect in quantum mechanics, but that’s an article I’m not qualified to write.) For our purposes, it’ll suffice to say that the vase you broke is still going to get you in trouble when your mom gets home.

This first unbroken chain is the chain of causality (not casualty, like I thought it was for an embarrassingly long time), which is effectively the Law of Karma in eastern thought. I don’t believe in a magical karma like a lot of people do, so let’s clarify what I mean by that. I wrote about (the social, not economic) broken window theory in an earlier article, but we’ll bring it back here as a good example.

Imagine you live in the city and someone breaks a window in an abandoned house in the neighborhood. If no one fixes it, then the likelihood of increasing property damage and community quality degeneration increases- kind of a slippery-slope sort of thing. Contrasting with this, if you go out of your way to continually pick up trash in your neighborhood, you prevent increasing disregard for the environment. Peterson’s “clean your room” operates on a similar principle.

In essence, karma is a combination of both the actions and their intent. If I dump a bucket of paint in someone’s yard, either I’m a child who is ignorant of that being a bad thing, or I’m an adult who just doesn’t give a shit. Either way, we have the action (paint was dumped and must be addressed somehow), but the intent varies (ignorance doesn’t create as much ill will as malice or apathy).

A young monk was crossing a lake in a boat. All of a sudden, another man in a boat ran into him. The man apologized, but the monk who was hit was furious, and he stayed fuming all the way across the lake. When he reached the other side, his master met him and asked,

The man answered by reciting back what had happened with the careless man on the lake. His master responded by saying,

“If the boat that had hit you was empty, would you be as angry?”

“No, because no one would have been at fault. The man was ignorant and caused the accident, he’s to blame!”

“But you would still have been hit by a boat, yes?”

The monk was silent, for he understood the wisdom his master had imparted.

The moral of this story is that we get emotionally disturbed by situations where we perceive a sense of agency or intent in the people that impact our lives. This is why the notion of Karma contains (in a way that’s hard to explain due to the translation) both the effect of the action and the intent of the action. Perhaps only the perceived intent of the action, though that is another discussion entirely.

One of the things we tend to do when we think of cause and effect is to think of it as a singular chain of A -> B -> C (which is the second meaning of the chain, direct lineage of thought or spiritual authority, like master to disciple), when in fact it’s far more complex. Shakespeare’s tragedies are a great example of this, but Game of Thrones is probably a more accessible example.

This brings us to the third (and my favorite meaning for the symbol of the Unbroken Golden Chain, DNA. DNA, as you know, is made of two strands that split and come together in a process called recombination. If you’re familiar with the structure of a sine wave, the double helix of DNA looks basically like a pair of interfering sine waves in 2D, as approximated below. I know this sounds like we’re getting dangerously close to doing math, but just trust me for a minute. Let’s just say that whichever point that the sine waves cross is an action- and every action engenders an equal, opposite reaction.

This is where polarity emerges in the world.

If I act like a tyrant, eventually, I’m going to foment some kind of resistance to tyranny and my government will fall. Conversely, if I’m too hands-off as a leader, then I will inevitably be replaced by a person who wants more of an iron fist. Even America, which had the strongest constitution (regarding individual rights) in the world, has slowly decayed via loopholes into a massive, indebted federal bureaucracy.

All action engenders its opposite.

Actions are progenitory (creating progeny- descendant actions) by nature, as a result of them having equal and opposite reactions. This doesn’t mean that doing good directly causes bad things, and vice versa. It’s more like an inevitable cycle that comes from this law.

Let’s say that the true nature of reality is chaotic, and that to be the kind of person that survives in a chaotic reality is both extremely hard and unpleasant. Because of this fact and the nature of humans to want better for their kids, they will inevitably spoil the children so as to have them avoid this harsh reality. As a result, you get a generation that is out of alignment with the true nature of things, and that hastens the fall of a society back to the baseline of chaos. This ties in nicely with the Strauss-Howe generational theory I’ve talked about on here a number of times, summed up nicely as:

However, we do see an evolutionary component to this, in the sense that it’s not just a continual return to the bottom of the barrel. Part of this is due to the fact that we possess memory in the form of both history and technology, although neither are fully sufficient to prevent the collapses. When thinking about society-at large, I tend to recommend imagining society as a single person- if you fail in your diet, you have to start over, but you remember what doesn’t work, right? This is similar in function (if not in scope or severity) to the mechanism of society as a whole.

We do tend to lose or forget things over time, whether because of information decay (errors in translation and mutation as a result, or lossy formats) or because of information overload (needle of truth in a haystack of bullshit). This is central to the failure of all religions (and the second symbol of the Unbroken Golden Chain)- it’s hard enough to get enlightened, it’s basically impossible to ensure a perfectly enlightened dude every single generation. Eventually, you end up with a bunch of people doing dogmatic nonsense that bears no resemblance to the spirit of the originator of the religion (re: the grand irony of Matt. 6:6).

Oh, How the Tables Have Turned

Before things come together, they have to polarize. This is, in essence, the same thing I talked about in The Humbling River in regards to paradox- when you get two contradictory answers, you’re asking the wrong question. Extremes engender greater extremes- look at the escalation of the world’s social climate. The parties are as far apart as they’ve ever been, religious fundamentalism and atheism are both on the rise, and men and women are at each other’s throats.

What’s really interesting is that there are a number of overlaid processes interacting here- there’s the actual biological process of human life, the social process of the gender conflict, the political conflict of the parties, and the cultural conflict of theology/atheism, just to name a few. In one way or another, these usually tend to be divisible as conflicts between the Order and Chaos minds, but that’s probably a different article in itself as well. These are all inseparable conflicts, although we tend to treat them as if they’re isolated because we lack the larger context to fit them all together- the aionarrative, though that’s not the focus of this article.

Instead, I think this extreme polarization is in fact the splitting of humanity that will create the conditions for recombination- the birth of what I called the Metahuman, or the post-duality human who possesses metaconsciousness. I think this is a new stage in human life, but it may end up being the end of yet another cycle that’s so far beyond any that we remember. That’s a bit more than I care to speculate, though, but it’s pretty obvious that something is happening that’s unprecedented in our history.

The example I find the most interesting of all is specifically the gender inversion we’re seeing. I’ve written about this before, but we’re seeing the masculine expression of the Order mind seek an external source of rules (desire to subordinate) while the feminine expression of the Chaos mind is taking the responsibility for being the originator of rules (but with the central premise of not being in control).

As any relationship expert or couple’s therapist will tell you, there’s a necessary polarity in any functional relationship- people have to be complementary and balance each other out. However, we have the bizarre example in modern times of seeing men become more feminine and women become more masculine. I actually am not convinced there’s anything inherently wrong with that, as a lot of people would tend to say, simply due to the fact that in the context of the cycles and progression I’ve written about here, it seems to be leading to something new.

A New Link in the Unbroken Golden Chain

This ties back to my Syzygy series and Beyond the Masculine and Feminine, of course. I think that, culturally, we’re in or very close to the syzygy stage. There’s a line from Christ in the Gnostic Gospel of Thomas (not biblical canon, if that matters) that’s relevant here-

I’ve argued that the entire concept of this process of syzygy represents the mythic equivalent of sexual union and procreation. Male and female invert, separate, polarize, then recombine to create new life. Carl Jung seemed to have stopped with the syzygy’s moment of unity, but it’s through that unity that we become new life as a child, and I think we’re moving towards that. What does the child represent but another chance?

However, this is no normal child, this is the child of the race of Man, something beyond everything we were, something that will far surpass all that humanity is and has been.