The Price of Pizza and the Value of Philosophy 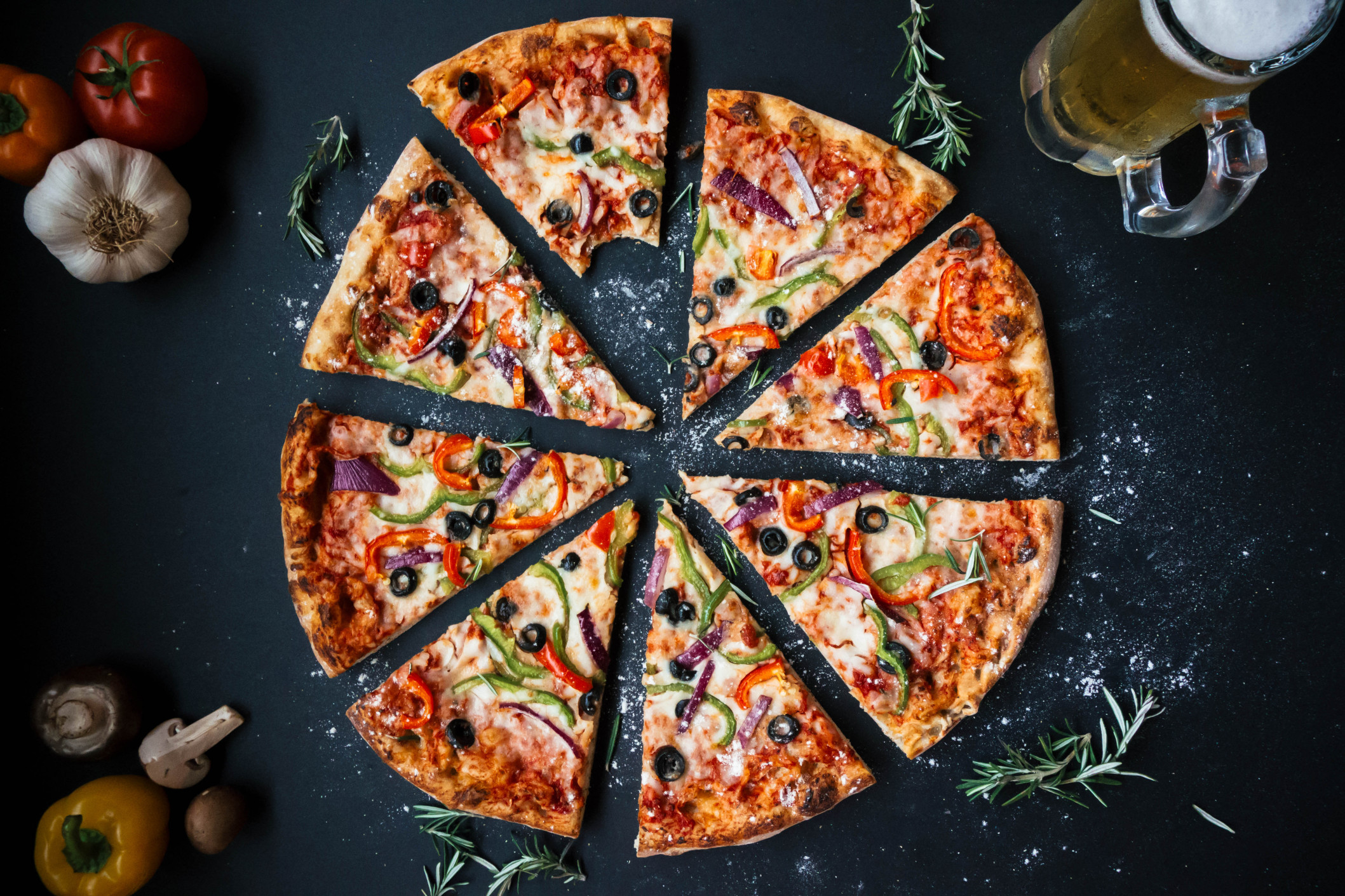 I spend a lot of time looking at websites and unfortunately, due to the state of most websites, I spend most of that time looking at bad websites. On Wednesdays at 12 EST, I run a business philosophy group in the Triba Business Community Discord, and during that time I’ll audit a few of the top companies in whichever industry the audience picks. I critique their websites, check out their About pages, and when they have it articulated, I go through and analyze the philosophy of the business.

A personal note before I get into it:

While I love the work that I do and despite the fact that I genuinely believe in the importance of business philosophy, most people in the world do not think it’s worth much of anything. In an ideal world, I’d strictly work on business philosophy, but as it stands now, I build websites as a way to provide design services, and I provide design services as a way to offer business philosophy services. Because it’s damn near something that I’ve made up (or in marketing speak: a field that I’m pioneering,) I don’t yet have the metrics and data to be able to prove explicitly that it has value. Intuitively, I know that it has to matter, and while that may simply be my own ego justifying my strange choice of career, I’ve met a number of brilliant, competent people whom I respect immensely who seem to agree that it matters.

At any rate, I’m a bit too stubborn to quit, so I guess we’ll find out the hard way if it’s really worth anything. At least it’s a blue ocean, right?

With that in mind, imagine my surprise when in the process of running my philosophy club and comparing the philosophy of different businesses in the same industry, I came to find something incredibly interesting:

Across all industries that I’ve looked at so far, there is a very high correlation between the quality of a business’ stated philosophy (or whether it is even articulated in the first place) and their ranking in their industry relative to competitors.

Here’s the thing- I, myself, am something of a fanatic about the notion that business philosophy is important, and even I was shocked by how consistently true this fact is. If you had told me a few months ago that this was true I would not have believed you, and yet it’s such a solid predictor of how well the company does that it blows my mind.

Seriously, I promise you you’re going to be shocked by this next part.

A Piece of the (Pizza) Action

My favorite industry that I’ve looked at so far, both because the websites were better than average (for reference, it’s NOT the banking or healthcare industry, because all of those websites look identical- and identically godawful) and because one of the companies in the industry got the only perfect score I’ve given out of the dozens I’ve looked at, is pizza.

Yes, pizza! Why this is, we may never know. It may be due to the innate wholesomeness of pizza in a sort of idealistic sense- probably everyone has a fond memory of pizza at some point in their lives, but who knows?

With that in mind, let’s get into it.

When I started my audit, I went through the big four pizza companies in order: Domino’s, Pizza Hut, Little Caesars, and Papa John’s.

In 2018, Pizza Today (which is apparently a website that exists) reported the following ranking and financials:

I’ll give you the abbreviated form of what I got in my audit.

Domino’s had a very clearly articulated philosophy, with their Alpha (their core concept or essence) being “dominate,” which, while poetic, is a bit aggressive for a pizza company in my opinion. Their company is hypermasculine- they focus on technology, speed, efficiency, and crushing the competition, and they’ve succeeded in that. You can see this ethos in their invention of the 30 minutes or less pitch, as well as in their Noid character, the online time tracker for delivery, and that weird car that has an oven built into it, or whatever it is.

Pizza Hut is more focused on people and a fun, friendly experience than the mechanistic Domino’s, and you can see that in the fact that many Pizza Huts still have an eat-in option. The restaurants themselves are more home-y and cozy, and that ties in well, but they’re only as high on this list as they are due to the number of stores they have- Little Caesars and Papa John’s make almost identical amounts of money per store (which I’ll get into in more detail later,) Pizza Hut just happens to have over three times as many locations as either of them, and even more than Domino’s. They’re established and entrenched, but not terribly well optimized, and their philosophy lacks the laser focus of Domino’s, the simplicity of Caesars, or the core concept that Papa John’s has.

Little Caesars is the most interesting of the four in that their model is simpler and cheaper, and their primary goal seems to be selling franchises. I actually liked their website the most of the four, it’s more modern and there are some nice subtle touches like the LC pattern hidden in the mascot’s toga- that’s the kind of design I get out of bed in the morning for, because details matter. They gross the second most per store out of the four, and frankly are probably a better company than Pizza Hut just based off a few metrics, but they’re far smaller and generally regarded as a sub-par pizza choice by most.

Finally, we have Papa John’s, who also has a core focus- “better ingredients, better pizza.” I quite like this as a clearly-defined value prop.However, based on the founder, I have to imagine one of their not-so secret ingredients is racism, so from a moral perspective they lose points for me. As a non-scientific metric, my mom seems to like Papa John’s the most, so that has to count for something. They make the least per store of the four and have the fewest locations, so they’re doing something marginally less well, it would seem. A sardine rots from the head, so we can perhaps imagine that if the founder is a jerk, there are structural problems that would arise from it- look at Crossfit, for reference.

For the most part, this all tracks- but here’s the insane part. I live less than two minutes from a Mellow Mushroom, and I personally love their pizza. Someone suggested during the chat that I look at them, and believe it or not, despite being ranked ranked #22 on the Pizza Today list with $210,645,00 and 194 stores, they had the best website by a mile.

Not only that, they had one of the most clearly articulated philosophies of any company I’ve ever seen, putting them up there with Tesla- yes, that Tesla! They even have a ‘Food Philosophy’ page. The level of attention to detail and creativity that goes into both their site and their stores puts the big four in the dust- they get local artists to do custom menus and murals for each location, they’ve all got different architecture and setups, and they even have exclusive specialty pizzas at each location. It’s wildly more wholesome and fun- the store near my house has a gigantic statue of Poseidon buried in the back which ostensibly doesn’t add literal business value in the way a pizza-oven car might, but it’s badass and frankly, I’m here for it.

Here’s the kicker- guess how much each of these companies make when we divide their gross by the number of stores they have?

This is the smoking gun I never thought I would find to try and tie the idea that business philosophy matters to a tangible metric. Mellow Mushroom outperforms the big four by a bigger spread than there is between Domino’s, the leader, and Papa John’s, the laggard. It’s incredible how substantial the difference is when you consider the amount that Domino’s certainly spends on finding ways to dominate their competition. “Mellow is,” and I quote, “a State of mind, a culture, a way of being,” and that difference shows, both in the experience, taste, and most importantly for the skeptics, on the spreadsheet.

Now, some cautions- I didn’t look at the numbers for every company on the list of the top 100. The real object of my initial inquiry was to compare the industry leaders, which are the big four, and someone just happened to suggest Mellow Mushroom, so this data set is fairly skewed. My main reason for highlighting Mellow is simply due to the overall quality of their total experience relative to the big four, and to show that focusing on quality and the little details can help even a substantially smaller operation outperform the industry giants. If anyone reading this performs a more detailed audit of the industry, please let me know as I’d love to expand the scope of this inquiry for the sake of science.

Overall, the takeaway here is that there’s some correlation between what you choose to focus on (re: your philosophy in a business) and the results you get. Domino’s focused on tech and scaling, and they’re the biggest and most efficient, it seems, while Caesars is almost exclusively concerned with franchising, and Pizza Hut really can’t seem to figure out exactly what their thing is, although they’re pretty likeable from a brand perspective, and that does them fairly well.

It bears saying- there are many factors that go into a business’ success, philosophy being one that I consider critical, but there are many broke philosophers and infinitely more successful businesses with no discernable philosophy. While I, a self-styled philosopher, consider philosophy to be essential, I’m immensely biased here. A more level-headed approach would be to look at philosophy as an opportunity to gain a competitive advantage that pays dividends over time and is something that most of your competitors will straight-up ignore in the first place.

In a perfect world, philosophy would be the art of doing, but most philosophers don’t do anything but write philosophy, and most doers are too busy doing to write- something I’ve found when trying to find time to write, as my own business is busier than ever. However, I’m a die-hard advocate for this stuff, and I want to see this sort of thinking be as popular as Apple made design thinking.

In a world of saturated markets where competitors seek to beat each other by mere fractions of percentages saved, it’s worth noting that the unexplored territories are going to be the ones that have the highest ROI to invest in. Tesla didn’t try and compete by making a better hybrid or by building the electric version of a gas-powered car, they rebuild the entire automobile from the ground-up with first-principles thinking.

Look at the result.

In the same way that design thinking helped Apple surpass their competitors with the most beautiful and innovative products in the world, first-principles thinking (re: business philosophy) is what I firmly believe to be the next step towards a world of better, more well thought-out businesses.

Why compete when you can invent a new game to play?

Why aim to dominate when you can win by mellowing out instead?

Originally Published as:
Aion Enterprises
TAGS:
Business
YOUR PHILOSOPHY MATTERS
FIND OUT WHY