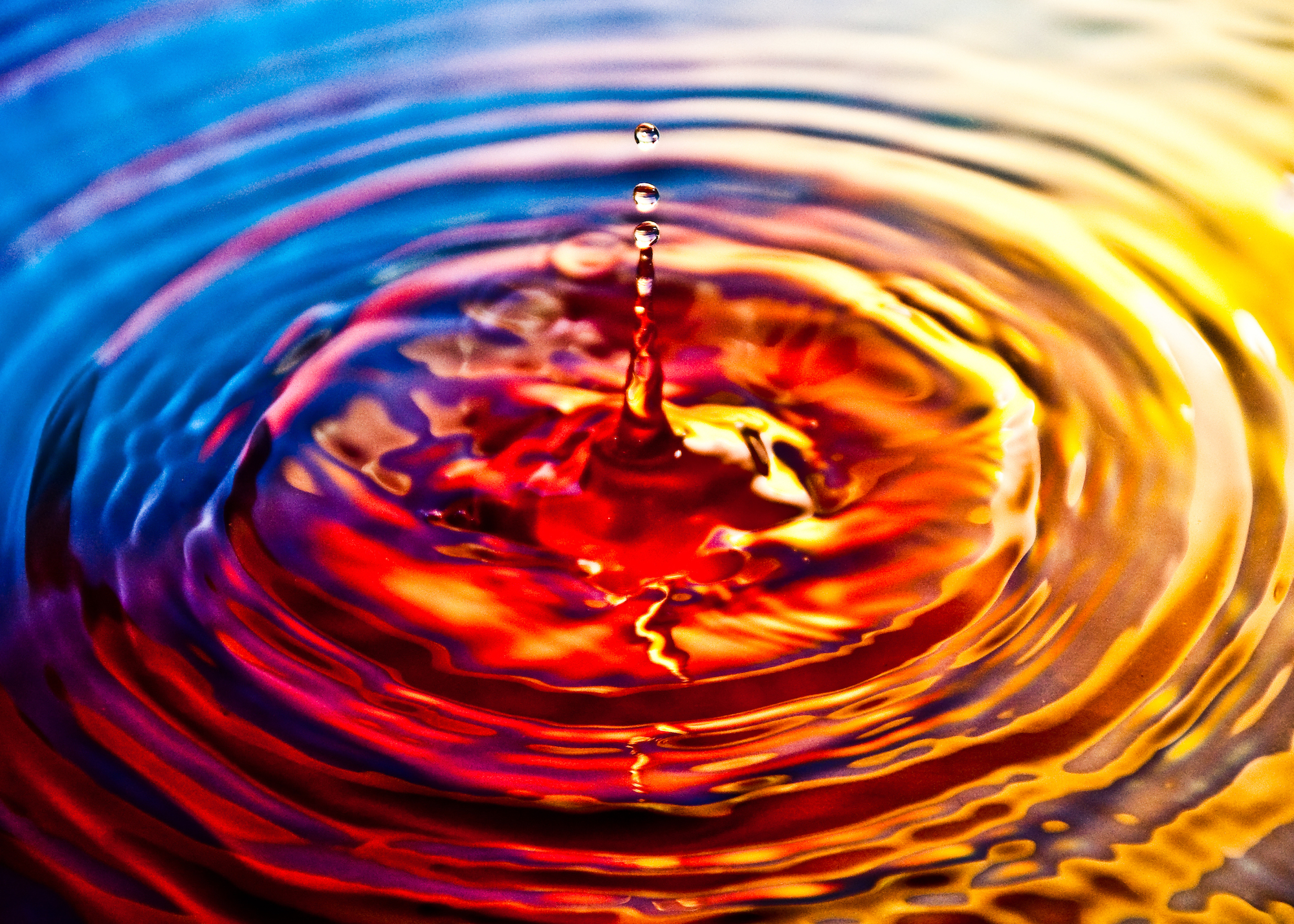 In Hinduism, there is a deity who goes by the name of Indra (hence Indra’s Net). He’s the king of heaven, the other gods (called Deva/Devi for masculine or feminine, respectively), and also of lightning, thunder, storms, and rain. While not exactly the same, he’s kind of like Zeus or Odin.

Now, Indra has a palace on Mount Meru. This mountain in the center of the universe in Buddhist and Hindu theology. Mount Meru is kind of similar to Mount Olympus in Greek mythology, or Yggdrasil the World Tree in Norse Mythology- it’s the center around which everything in existence is focused (this is called the Axis Mundi.)

Above his palace, he hangs up his net- but it’s not just any net. At every point where the strings of the net intersect, there is a jewel. These are no ordinary jewels, however, because in each of the jewels, you can see the reflection of every other jewel in the net.

Did I mention that the net is infinite? That’s important.

That sounds impossible, I know- but that’s not the point of the story.

See, this is a metaphor for the way that everything in the universe is connected.

You’ve probably heard Newton’s Third Law before- for every action, there is an equal and opposite reaction.

For anything you do, there will be something that happens in response to balance the forces out. That’s easy to think about in the small scale- I push you, and your inertia pushes back on me.

Now, take a step back and think about the bigger picture- every action that has ever happened had a cause, and every one of those causes had a cause, and so on. They’re all connected, in an infinite net of causes and effects, stretching all the way back to the beginning of time and all the way forward to the end.

(Bonus points if you can figure out what started the whole chain. That’s called First Cause, and it’s part of a huge philosophical argument about causality [caus-a-li-ty, not cas-u-al-ty- I got that wrong for years.])

The moral of the story is to understand the idea of ‘Interconnectedness,’ which is the idea that every particle, event, person, experience, and thing in the universe is related.

It’s kind of a mind-blowing concept, if you really think about it- every action you do in your life creates a ripple of causes and effects, stretching infinitely across time.

You are reflected in every jewel of the net, because you are a part of the whole universe.

Every jewel of the net is also reflected in you- because the whole universe is a part of you.

If the net is infinite, it’s easy to feel insignificant- trying to understand infinity tends to have that effect. However, there’s a quote from two characters in the movie Cloud Atlas (which is actually a movie about interconnectedness) that I think really helps put things in perspective:

“No matter what you do it will never amount to anything more than a single drop in a limitless ocean.”
“What is an ocean but a multitude of drops?”

So remember, the next time you react to something-

What we do ripples in the ocean of infinity.

The choices we make are reflected across every jewel of the net.

Knowing this, what kind of ripples will you make?