Real Talk IV: In Pursuit of the Universal Language 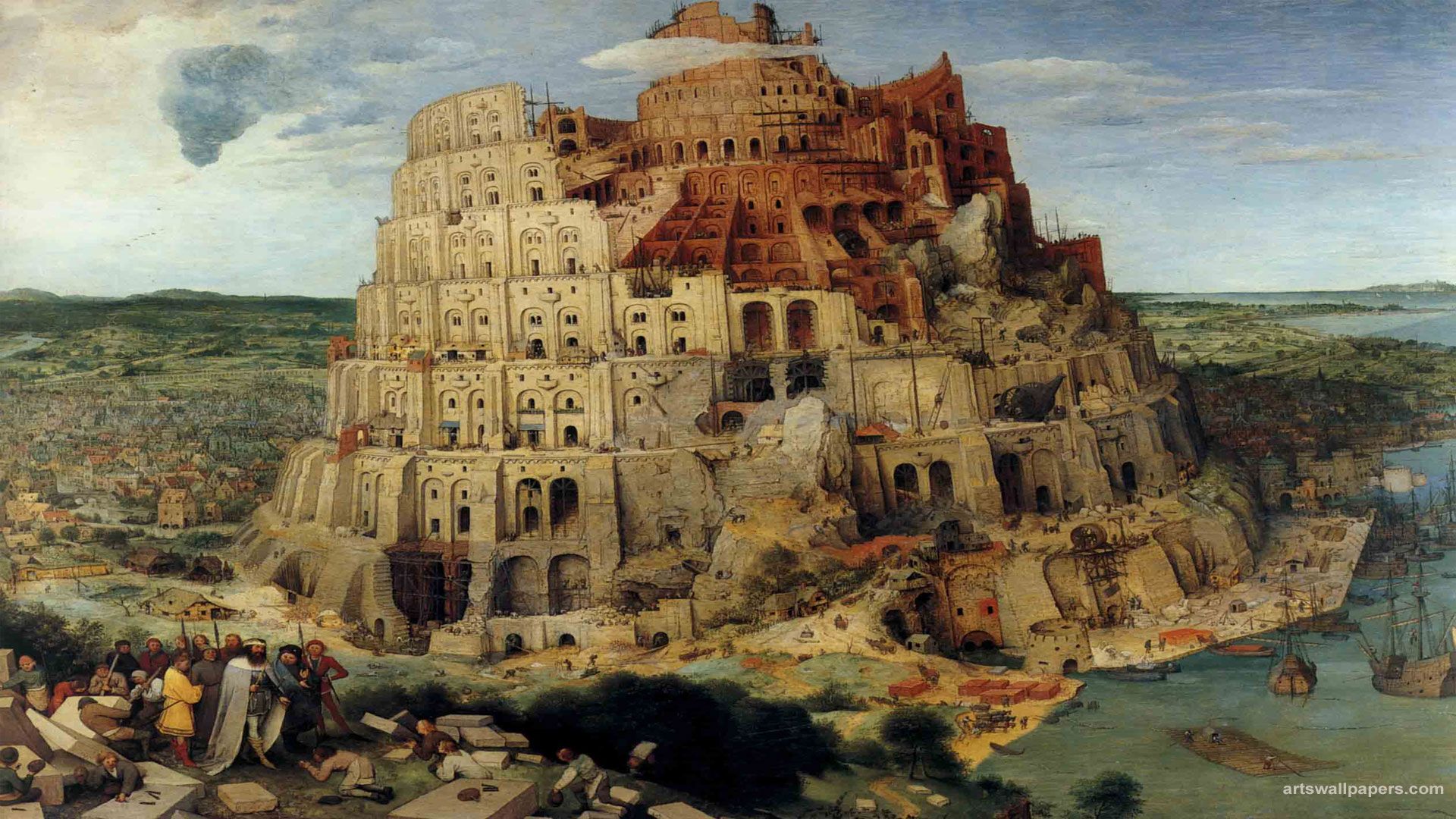 It’s been a long time since I’ve done an episode in this series, and I’m definitely not going to be following up where I left off, but the prior chapters are probably useful to have read here. Recently, I had a conversation with Jason Snyder (@cognazor) that really shook up my worldview a bit. Going into it, it seemed that we disagreed on a great number of things, but in reality, we were almost completely on the same page. What was the issue? If you’ve read the earlier parts of this series, I bet you can guess- it was semantics. This prompted two concepts that I’m going to explore today- the nature of dialogue and the idea of the Universal Language.

The first episode of Aion Media‘s second show Aiologue, where we will be engaging in the concepts discussed in this article.

First, we’ll start with dialogue. Generally, in philosophy, people refer to the act of engaging in a dialogue as dialectic, but that term has some usage in Marx’s philosophy that makes me very wary to use it. At any rate, I’ll caution that I’m not using the term in the manner that he was, unless we happen to agree on something, because I have yet to find an explanation of “dialectical materialism” that’s concise and straightforward.

Anyway, the first idea I’d like to explore is that of the dialectic, which is a discourse between two people with the aim of ascertaining the truth. This is contrasted against didactic, which is essentially one person teaching another. In my experience, the best system of teaching philosophy tends to be a one-on-one rambling conversation that explores ideas and plays one side against the other. If you have two sides that are able to have a conversation that stays civil, you can almost certainly come to a greater degree of understanding at the end of it.

This, of course, is almost never how the world works. Politicians have group political debates, news channels have a number of pundits that argue, and social media doesn’t really lend itself to a reasoned debate between two people. Beyond that, our educational system is built on the didactic method, where the teacher teaches and the student learns. This isn’t ideal, because the deep, exploratory nature of the dialectic process is stifled, if not snuffed out entirely. It’s this discussion, this experimental nature of thought, that, in my opinion, best mirrors the internal process that leads to invention, innovation, and understanding.

Let’s imagine the dialectic and didactic models as a sort of physical representation of an internal thought process. In the didactic model, there is a specific authority figure who imparts knowledge into a person without authority. Mentally, this would probably feel something like having thoughts that you’re just supposed to accept, and that you don’t have the authority to question. The fundamental premise here is that there are facts to be imparted, and it focuses more on recitation of information than being able to play with ideas.

The dialectic, on the other hand, is a better mirror for critical thought. Here, both perspectives are posed against each other, but on a level playing field. The Truth is a goal that, through the collaborative/competitive nature of the dialogue, both parties can move closer to. If you model the dialectic process, you’re teaching the observer to consider ideas on the basis of their merit, to question their veracity and hold them to a certain standard- they have to make sense.

Fundamentally, there are benefits to either system. If you’re trying to learn Calculus, it’s probably not necessary to question every single premise, and it may actually be easier to just accept some degree of authority on the part of the instructor. (That being said, I don’t know the first thing about Calculus, so I have no idea whether that’s true or not.) When it comes to philosophy (which I know a bit about), however, there’s very little difference between accepting ideas on the basis of authority and being indoctrinated into some ideology.

The core difference here would seem to be whether or not we want the learner to learn facts or to learn how to think. It’s probably the difference between learning and meta-learning, honestly. This realization has forced me to reconsider my approach to this website, which until now has probably leaned more in the direction of the didactic system. How, exactly, I will manage to shift it in the other direction, though, is a question for another time.

This brings us to the second concept I wanted to explore today- the pursuit of the Universal Language.

Imagine, if you will, a language that made it impossible to be misleading. Every word has a specific meaning, and the nature of the languages rules prevent you from not being completely clear when you speak. Because of this language, every person who uses it is on the same page as far as definitions go, and there’s no way to be misunderstood when you’re speaking. Lawyers would soon be out of work, politicians would go extinct, and inter-gender problems would reach an all time low. Ah, what a wonderful world that would be.

Now, while such a thing may be impossible to construct in the large-scale, we can actually accomplish something like this in our interactions with individuals. See, every person, even if they’re from the same town and speak the same dialect of the same language, has a slightly different way that words map in their mind.

The easiest example that I’ve come up with for this is that of the word “tree.”

When you say the word tree, you could variously be referring to the plant, a type of graph, those car air fresheners, or you could be Irish and saying the number three. Let’s assume it’s the first one, for the sake of things. In your mind, there is an abstract concept that unites the various sensory and mental data you use to refer to trees. This includes the colors of all the leaves, some bits from every type of tree you know about or have ever seen, and all the other tree-related information. That’s represented by the “symbol” tree, which would be something like a vague picture of a tree in your head, although this tree is not like any tree in the real world.

Beyond that, there is a separate concept in the mind for the word “tree,” and if you’re a more linguistic thinker like me, that’s going to be how you access the abstract concept of “tree.” Now, this may sound like a minor distinction, but it’s really important. Where you have the abstract tree linked to the word tree, if you see a real tree, you’re going to be filtering it through those mental constructs. What’s more, if you and I look at the same tree, we’re still going to be filtering it through our own concepts, separately, and those concepts will inevitably be different.

Why does this matter? We have to understand that the person we’re communicating with has a different network of concepts, symbols, and language associations in their mind that they’ll be filtering their direct perception of reality through. This means that even if you’ve managed to be perfect with your semantics (like we talked about in the earlier chapters), you’re still not necessarily going to be able to know how their internal concept-network is going to affect things.

There’s a trick to get around this, though- dialectic. If you can engage in a proper discussion with the other party, you can see how they use words and concepts, then adjust accordingly.

Let’s use another metaphor here. If you’re familiar with the Myers-Briggs, I’m an INTJ. I’m not going to get into what that means, because it’s not important here. All you need to know is that according to the Myers-Briggs typology, there are 16 personality types- for this metaphor, let’s imagine that each of those types is actually a different “language” of internal concept-networks. Let’s pretend that I’ve managed to overcome my own personal tendency to be vague, but the type of communication I end up capable of doing is still only ideal for people with the same inner language as me. I’d have to learn 15 other ways to speak (and be able to identify when to use each of these variations) to be able to communicate effectively at all times.

Now, whether or not it’s a personality based thing, it should be pretty obvious that there are distinctly different methods of communicating. What does this mean for us?

My current theory is that the Universal Language isn’t a language at all- it’s the act of translating. It’s a meta-language, a method that’s operating at a higher level than language itself. The Universal Language is what we achieve when we can act as a translator, engaging in the dialectic process with one another, overcoming the seemingly apparent differences and bridging the gaps between us.

Look at the world today- despite our advances, we feel more divided than ever. I have to assume this comes from some sort of egocentric assumption that everyone uses language the same way. If you’ve seen the news before, you’ll probably remember at least one case of people who appear to want to willfully misinterpret what others are saying- and this is not a phenomenon reserved to any one group. What this suggests to me is that people literally can’t entertain the possibility that anyone could possibly see the world differently than them. If that’s true, it means these people lack the capacity to translate in the metalanguage.

We are called upon by this understanding of misunderstanding to engage with those people we disagree with- one-on-one, and in good faith. It is only when we meet the other as an individual and we genuinely engage with them that we’ll find our common ground in the Universal Language. Eventually, we may find that we can unite these many perspectives into one greater metanarrative- then we may truly be able to tell a story that our world so desperately longs to hear.

Go forth and become a translator.

“To know the song of love by heart,

and see it sung in every tongue,

To wake the hope that sleeps in dreams

of cynics old and lovers young…”