A Philosophy for Eternity: Teleology, Attractors, and the Eschaton 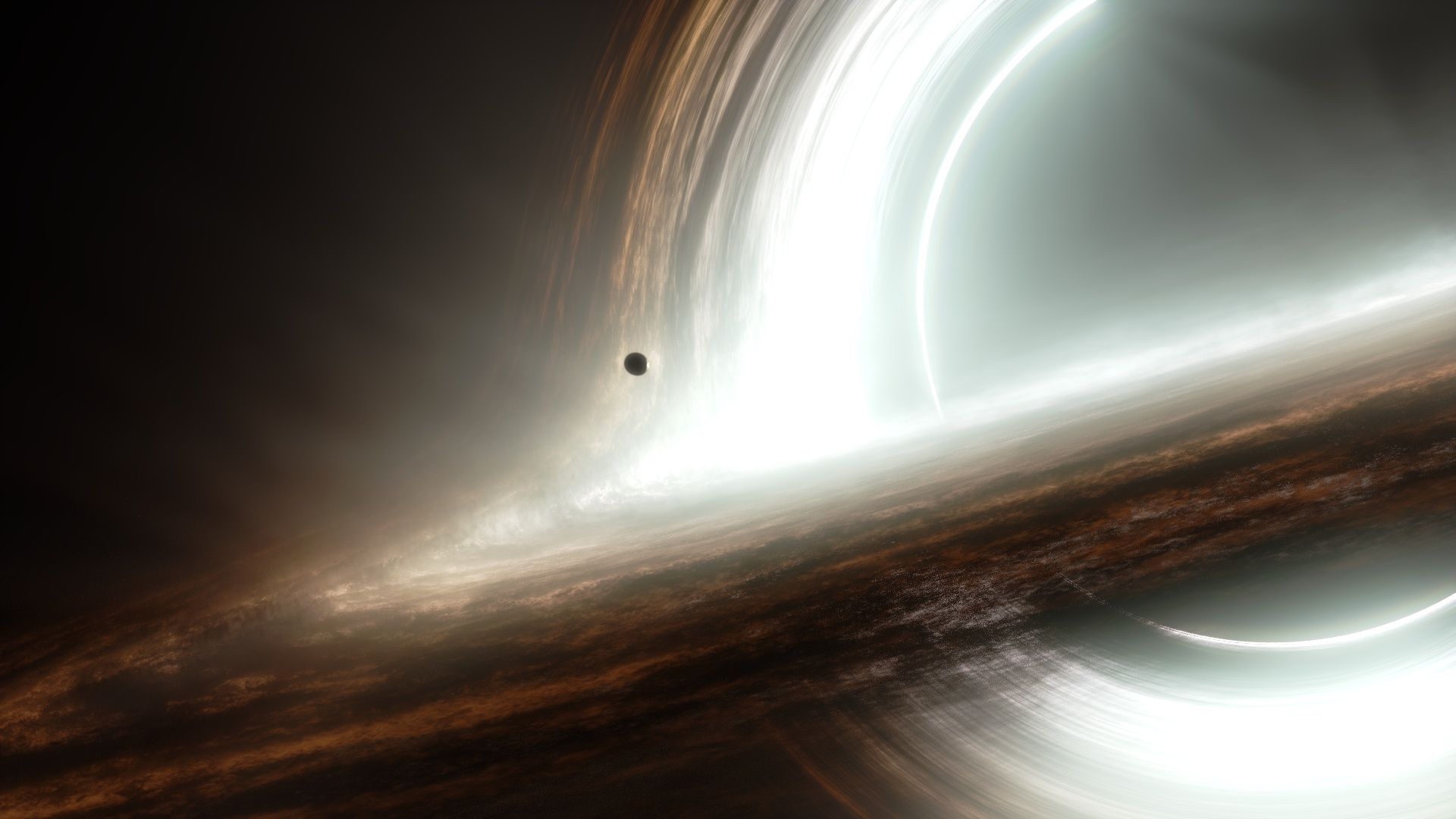 If we’re going to build a good philosophy, we have to have an end goal- this is called teleology, from the worlds telos (purpose, end, or goal) and logos (reason). It seems that lots of philosophers have issues with teleology, because it normally takes on some kind of religious significance. That being said, much as a person cannot orient their life effectively without a goal, neither can Man orient its future effectively without telos. In the same vein, our telos should be something consistent across all time- what we need is a philosophy for eternity.

In Robert Greene’s famous (and highly recommended [but be warned, it will mess up your relationships with others for a while]) book The 48 Laws of Power, he describes Law 29: Plan all the Way to the End-

‍“The ending is everything. Plan all the way to it, taking into account all the possible consequences, obstacles, and twists of fortune that might reverse your hard work and give the glory to others. By planning to the end you will not be overwhelmed by circumstances and you will know when to stop. Gently guide fortune and help determine the future by thinking far ahead.”

This is a perfect explanation of the need for a telos in our philosophy. I’d actually go so far to say that the telos is one of the nootypes, because all religions eventually produce one. The religious equivalent of telos is the idea of the eschaton (from the Greek eskhatos, meaning “last”), which means something like the end days or the final act of the divine plan.

(What’s interesting here, although not the focus of this article, is that so many of these eschatologies predict the emergence of a single saviour [which is certainly a nootype] to cleanse the world from an age of impurity and darkness.)

Nietzsche predicted the need for us to have a telos in his book Thus Spoke Zarathustra (required reading) with his idea of the Übermensch (lit. “overman” or “superman”). He envisioned a type of person or ideal that would give humanity purpose in the absence of value:

‍“I teach you the Overman! Mankind is something to be overcome. What have you done to overcome mankind?

All beings so far have created something beyond themselves. Do you want to be the ebb of that great tide, and revert back to the beast rather than overcome mankind? What is the ape to a man? A laughing-stock, a thing of shame. And just so shall a man be to the Overman: a laughing-stock, a thing of shame. You have evolved from worm to man, but much within you is still worm. Once you were apes, yet even now man is more of an ape than any of the apes.

Even the wisest among you is only a confusion and hybrid of plant and phantom. But do I ask you to become phantoms or plants?

Behold, I teach you the Overman! The Overman is the meaning of the earth. Let your will say: The Overman shall be the meaning of the earth! I beg of you my brothers, remain true to the earth, and believe not those who speak to you of otherworldly hopes! Poisoners are they, whether they know it or not. Despisers of life are they, decaying ones and poisoned ones themselves, of whom the earth is weary: so away with them!”

In math, there’s an idea called an attractor, which is (as simply as I can explain it) sort of like an end state of a system that is implied by the rules of said system. I know that’s super vague and not useful, so let’s use an example:

Imagine you’re playing chess. At the beginning of the game (opening), there are a finite number of original moves that soon give way to an infinite number of potential variations in the middlegame. However, there are only a finite number of endgames and all of these revolve around the attractor here- capturing the enemy king. Basically, despite being a nigh-infinite system, the rules of the system imply an end state- thus we have a telos. (It may also be useful to consider the eschaton as the religious equivalent of the endgame portion of chess.)

Let’s look at the universe and see if we can infer an attractor. As I touched on in The Will to Order, the universe (through biological life) displays a tendency towards complexity, which in humans presents as the will to order. This has been a constant across all human history, so with this as our mechanism, let’s predict the end.

If we look at the overall story of humanity, we see a few things. First is that we will multiply and expand to live basically anywhere that’s habitable (and even adapt to inhospitable places). This implies a great likelihood that we’ll leave the planet (suck it, flat-earthers) and do something similar in the universe. However, that’s more of an inevitability than a meaningful telos.

We also have increased our technological abilities and now have created an external mind, the exocortex and the noosphere (which I believe is what makes this generation the first of generation of the Übermensch, or at least a generation of proto-Übermensch.) We have evolved the mind beyond the limitations of the biological body- and this implies that we will continue to do so. It’s no longer far-fetched to imagine things like implantable tech or human-computer biological interfaces, which a hundred years ago were unthought of and fifty years ago were science fiction. Now, they simply seem like an eventuality.

The most important of all inventions in the history of life, however, is the ability to directly edit genetic information. If we think of proper AI in computers as a machine that has the ability to alter its own code to improve itself, and then use the improved thinking to alter the code again, then for humans, genetic editing is exactly that. Just as a person with metaconsciousness can use their self-knowledge to improve themselves, a person who could edit their own genetic makeup could theoretically achieve some kind of exponential, recursive improvement.

However, even this does not give us a proper telos, although it is the way that we reach it. If we understand that a continuous move towards complexity by means of continuing improvement is happening, what does the most complex possible thing look like?

What is the being of highest order?

I propose that the telos of Man is to become something like a God.

Imagine you were to travel back to the stone age with a flashlight and a pistol. If you walked around with the flashlight on at night, the cavemen would certainly think you were magic, or some kind of deity. If you shot someone, they would not understand that it was a gun propelling bullets, it would appear as if you created a thunderclap and struck people dead from a distance. As Arthur C. Clarke said, “Any sufficiently advanced technology is indistinguishable from magic,” and to the cavemen, you would be the most powerful magician alive.

Imagine the world two hundred years ago- wouldn’t it be impossible to explain modern life to them? “Yeah, we have horseless buggies that go several hundred miles an hour and we can build a machine powered by explosives to take people to the Moon, we have boxes that can do math infinitely better than people and we keep them in our pockets to play games on.”

It wouldn’t be conceivable. In fact, it would be…

You can’t. They weren’t even right about modern times in the 50s- look at the Jetsons.

You can’t. They were completely wrong two thousand years ago.

If Man is still alive, people that advanced would certainly appear as gods to us. Take that all the way to the end of the universe- that thing, whatever survived, whatever is left, would inevitably be the most complex, the most powerful, the most intelligent possible thing in the universe. If anything non-supernatural could be considered a God, it would certainly be that thing.

Now, here’s the catch- as time goes on, entropy increases. If you burn a piece of paper, you can’t (presently, at least) take the ashes, smoke, heat, and fire and reverse the process- even if you could, it would take more energy than you got from burning the paper. The universe is undergoing this same process of energy loss- eventually the Sun will burn out, other stars will go supernova or collapse into black holes, and everything will get colder and colder. Just like a glass of ice water and a hot plate of food both eventually become room temperature, at some point all the things in the universe will level out.

This is called the heat-death of the universe- our eschaton.

I propose that the telos of Man, the only telos that takes us to the end of time, is to discover how to overcome the force of entropy and to either restart our universe, or perhaps to birth a new one from the ashes of this one. Man must become as God- we must take up the burden of existence, the Son must become as the Father, and we must do what is required to ensure that life will continue.

Towards the Age of Truth unending, ‘till the end of time.