Childhood’s End and the Rise of the Metahuman 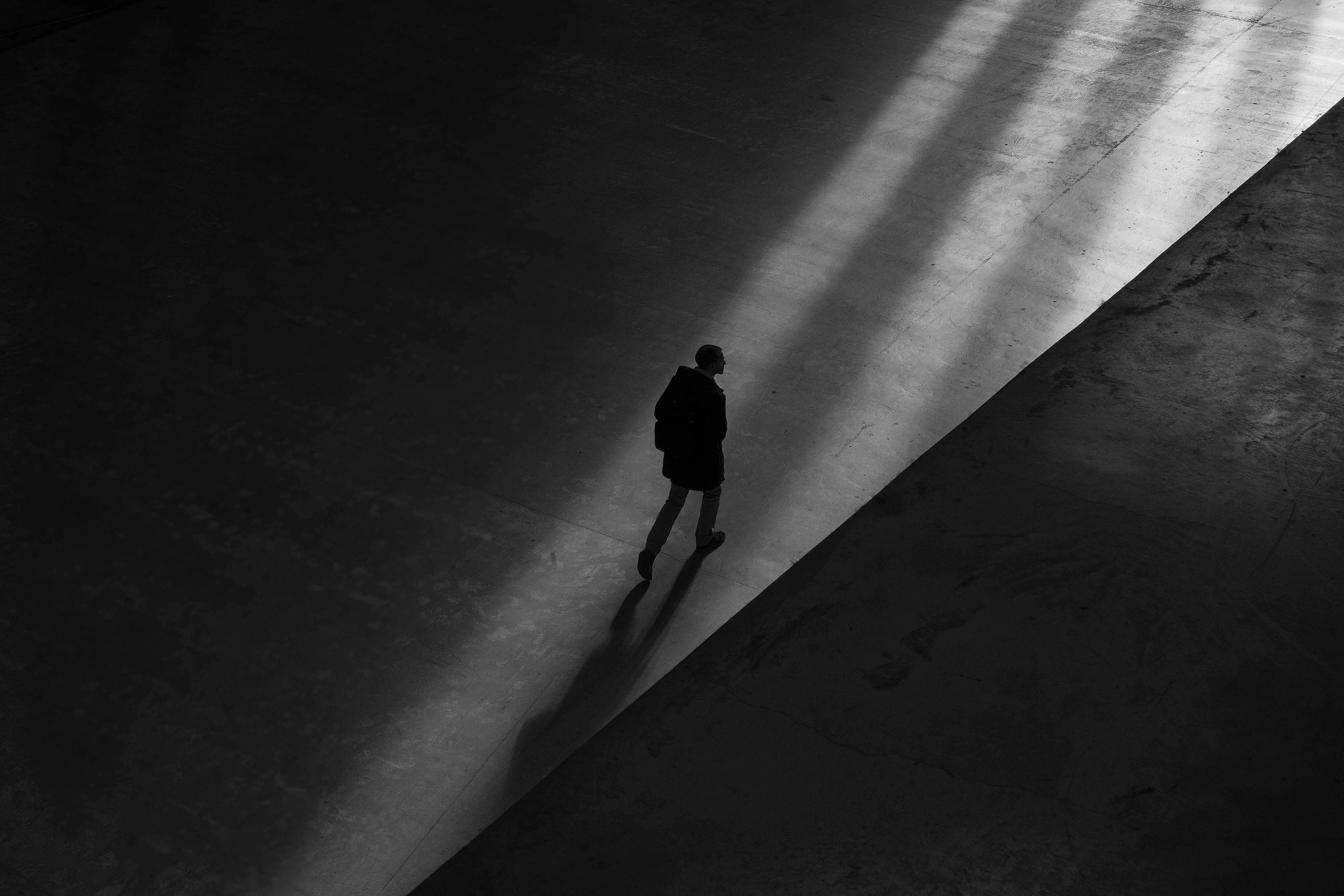 There’s an idea I’ve been playing with for some time- the notion of the metahuman. I’m convinced that there’s a distinct difference between those who possess metaconsciousness (or as Jason Snyder calls it, metacognitive awareness), and those who don’t. So many of the normal human pitfalls, like racism, sexism, classism, and all the other fun kinds of tribalism are symptomatic of this absence of metaconsciousness. Duality is a prison that traps most people, stuck in a worldview where a clearly defined “us” and “them” exists, and (surprise,) it’s always the “them” that are the bad guys. The metahuman is free from such delusions, or at least has the capacity to transcend them with effort.

I’ve made the argument before that metaconsciousness in a person is like what we think of when we imagine a computer that can edit its own software (hardware editing would of course be genetic engineering, and we’re damn close to that, too.) When you observe your thought patterns and learn to act on them, you can improve them. What’s more, this is an exponential process- as you learn more about learning, you begin to learn more efficiently. As you practice more practicing, you start to learn the underlying rules that can help you prioritize practice more effectively.

Specialization is for insects.”

Historically, we tend to call the people that get good at more than one thing renaissance men, polymaths, or a “jack of all trades, master of none.” Few people know that the next line of that saying is “still better than a master of one,” but I digress. (Side note: that phrase appears in almost all languages in some form.) It’s obvious there’s some cultural weight attached to the notion.

Master of All Trades

Think about this, though- most kids are natural learners. They’re curious, they can teach themselves to walk, run, talk (even understanding complex grammar instinctively), and they love to explore. I’d argue that our natural state is as broad generalists- there’s no utility in being a really good shoemaker (and bad at everything else) when you live in a small tribe and have to hunt for a living. In the past, everyone had to do a bit of everything, though the advent of agrarian society seems to have engendered specialization, since not everyone had to work as farmers to feed everyone.

This generalist notion is something I definitely experienced in my childhood. I was always troubled by the idea of choosing a career, because I was constantly finding new things to get obsessed with and learn about. At various points in my youth, I wanted to be a video game designer, 3D modeler, 8-Bit artist, make chiptune music and later proper EDM, be a stage magician, learn parkour, be an ultramarathon runner, direct a movie (I wrote a script and built props), learn guitar (I actually owned and sold three guitars before I ever learned a chord), make a t-shirt business (which led to me learning graphic design), be an MMA fighter (I got into BJJ for two years), write poetry (which is how I got into blogging, in a roundabout way), and probably some other stuff I’ll remember later.

It was pretty obvious that there wasn’t one job that I could do with even a few of those things. However, as it turns out, a number of those things have proved to be useful or even made me money. Ironically, I’ve gotten much more utility out of the stuff I taught myself than anything I ever learned in school. The only class I really genuinely appreciated in my brief stint in college was creative writing, because it reminded me that I used to write for fun. Not to mention that my professor told us we’d all get As just for participating- say what you will about that, but that meant I finally had free reign to be creative again. All this from someone that almost failed English his first semester- and look at me now, I have my own book, almost 150 articles on this site, and three other books I’m featured in.

The point of this isn’t to list my weird hobbies, though I’ve been meaning to find a way to throw that in on here for a while. The reason I bring all this up is that the only reason I was able to learn all this stuff is that I’m several hundred times more stubborn than the average person. What do I mean by that?

I think that most kids have the innate ability to learn all kinds of stuff, just like my list of dumb hobbies. However, we’re all conditioned pretty early on to specialize, to pick one thing, and all that. Most children are easily persuaded, and the way the educational system is set up, they get their spirits crushed into conformity fairly early on. I’ve said it before and I’ll say it again, the education system is a travesty when it comes to the way we’re designed to operate- it was built to train soldiers and factory employees (which I can appreciate the irony of, as a soon-to-be ex-factory employee).

Creativity? That’s something that can’t be standardized.

‍“If every 8 year old in the world is taught meditation, we will eliminate violence from the world within one generation.”

On the surface, I (probably) agree with the basis of this quote- meditation is important and all that. However, the reason I reference it here is actually more nuanced- think about the power in teaching every 8 year old in the world something. There’s another quote we can double-team this one with:

“Give me the child for the first seven years and I will give you the man.”

(The origin of this quote is disputed but I don’t see any utility in getting into that- a good quote is a good quote regardless of who says it.)

If we want to change the world as fast as possible, we need to prevent the breaking of children’s spirits at an early age. This means, in my opinion, a complete overhaul to the educational system. Since we’re moving away from large-scale land conflict and factory work in the first world, we don’t really need as many soldiers or factory workers- the Prussian model that our educational system is built on is no longer sufficient.

Interestingly enough, in the Renaissance, the ideal was referred to as homo universalis, meaning the “universal man.” That’s about as broad a broad generalist as possible, in my book. The ideal was thus a universal education, and so we got the word university- which, back in the day, attempted to give one a broad education. Nowadays, that’s no longer the case, as many misled twentysomethings with extremely specific intersectional-underwater-basketweaving degrees are soon to discover.

I’m of the opinion that you should spend more time teaching kids how to think than what to think- and I’d be very wary of anyone who disagrees with that statement. I say we should give people the tools to self-educate and let them figure out what to do with it later. Since we as a society have decided to do the opposite of this, we’re going to begin running into problems when these extreme specialists have their 20 years of education made obsolete by technology, automation, and applied AI, and they don’t know how to do anything else.

Now, I still think there’s time to get ahead of this problem, though it does seem like the extreme specialists are going to be (voluntarily or otherwise) removed from the equation at some point soon. The issue with that is that these adults who end up being pretty largely useless are the same kids who had their spirits and curiosity annihilated. Despite the fact that they’re now actively pushing to propagate these idiot systems of hope-killing, part of me still sympathizes because there’s a kid in there who doesn’t believe in the inherent goodness of the world.

The downside of this all is that no one is innocent. We internalize the trauma that’s inflicted on us and pass that down to our kids, keeping the cycle going. Seems pretty bleak, yeah?

I think there’s a new phenomenon emerging, but before we get to it, I’m going to reference a story by Arthur C. Clarke (author of about ⅓ of your favorite sci-fi) called Childhood’s End.

Spoilers, obviously: The (extremely) basic premise (I’m going to simplify hard for the sake of brevity, go read it) of the book is that some aliens show up above all major cities and institute a world peace. This goes on for some time, and then eventually a generation of children turn out to be psychic and connected to an intelligence called the Overmind, and they’re a new form of post-human evolution. As a result, the last generation of people all die out, and the kids ascend to a higher form of existence in space (or something like that.)

Now, the first thing to note is that good sci-fi is the closest thing to prophecy that exists, in my opinion. Most things we have nowadays have already been predicted centuries ago, and I’d go so far as to suggest that most things that will exist in the next 50 years are already predicted in today’s sci-fi. My Theory of Everything’s basic premise draws on Asimov’s (best) story, The Last Question, for example.

So what did he predict here?

Rise of the Metahuman

First, that there would be a next step of humanity. He’s not the first to imagine this (re: Nietzsche’s Ubermensch, among others), but his is far closer to what we’re seeing emerge now. The kids have a connection to this Overmind (I call it the metamind in my terminology), “psychic” powers (metaconsciousness), and cannot relate to their parents (who are not metahuman and are still stuck in the lower, dualistic consciousness).

I think this dramatization is a pretty good parallel for what we’re beginning to see emerge. The old institutions were all built on the implication of an external authority that, for all intents and purposes, has failed to keep the system running. The many dualisms of the past (nation versus enemy, party versus party, rich versus poor, etc) are all falling apart, as people come to realize that things are more nuanced than that immature, naive view would suggest.

This is our Childhood’s End- it’s not a simple good guy and bad guy story. We’re all partially responsible, the “bad guys” think they’re doing the right thing, and no one is innocent in the face of this reality. Back in the day, you could go fight some Nazis or Commies and know you were doing the right thing. Now? It’s guerilla warfare in an urban center with regular people coerced into fighting or suicide bombing because the local warlords threatened their family.

Not so clear cut.

We’re seeing a massive transition in the nature of things- we have to become a little bit of everything to survive. Our task is to cultivate metaconsciousness, to apply it to both ourselves (and become universal men) and to the world (to see beyond the dualism of the power games being played). Otherwise, we’re going to destroy ourselves- and there’s yet to be any invading aliens to declare world peace.

This is where the metahuman comes in.

I believe we still have time to set things right- but it’s going to take all of us, working together to solve it. We have to get our own houses in order, to take responsibility for the proper educations we’ve been denied by our society, and to learn, and build, a new way forward.

Those who cannot adapt will not understand this- they can’t see past the duality.

I’ll close on this note-