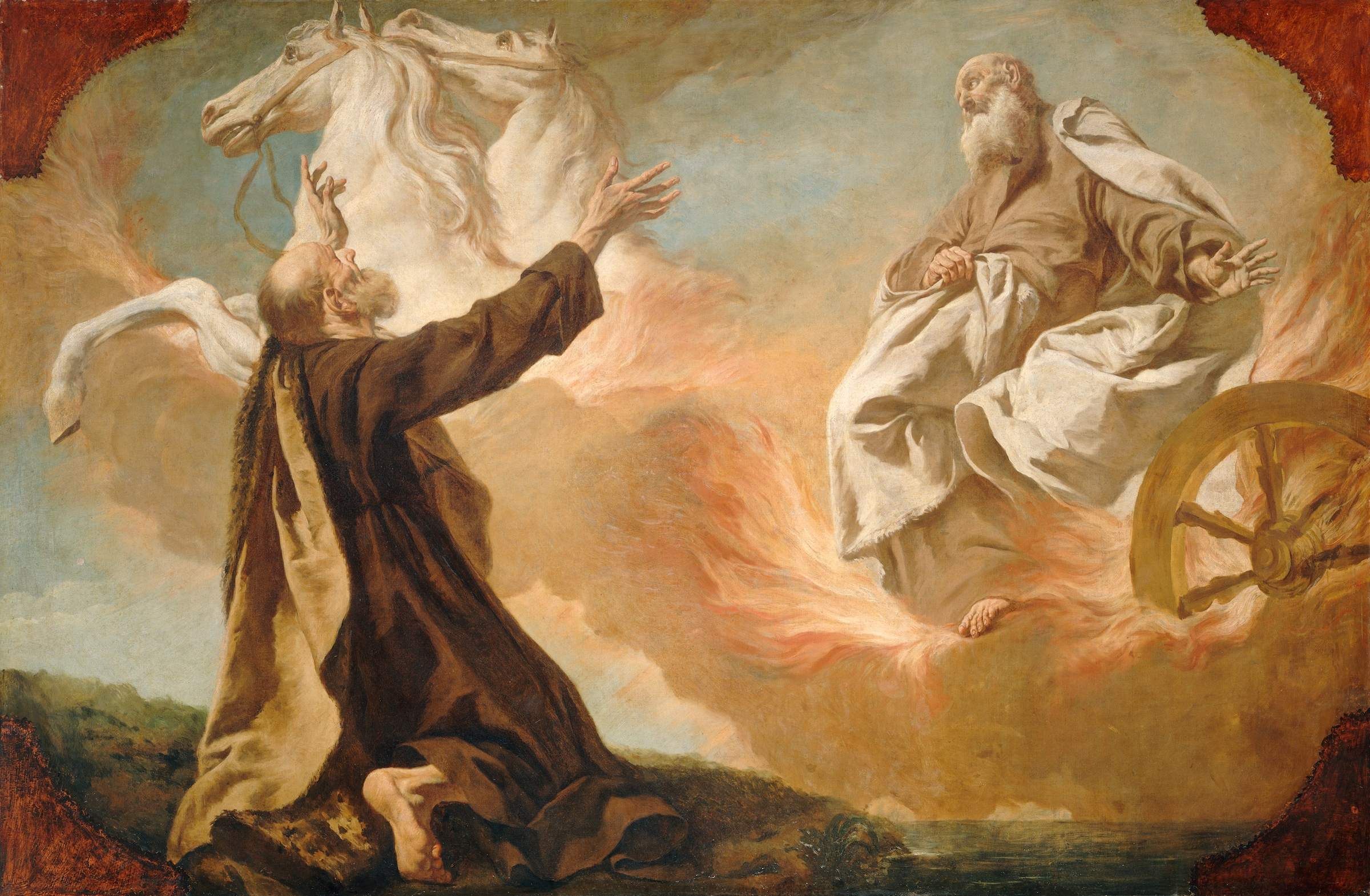 Today we’re going to go all out with some bizarre theories regarding memetics and religion, so make sure you’re caught up on the memetics series and have read The Desert of Nihilism and the Throne of God for good measure. I want you all to know that I have resisted the urge to title this article “MEMES FOR THE MEME GOD” at great cost to my peace of mind, so you’re welcome for that. We’re going to be playing with some weird ideas, like the observation that societies over 1 million people seem to generate vengeful deities, as well as the notion that God is a silverback gorilla. Without further ado, let’s get into Memetic Divinity.

The question we’re going to be attempting to answer here is basically: what is a god? Note that this is lowercase “g” because in a memetic environment, there are always multiple gods, although before we get into the noetic pantheon, we’re going to start with a look at the “one true God” nootype.

Let’s say we have a tribe- we’ll call them the Garrettites for the sake of things. The Garrettites have some neighboring tribes- the Nihilinos, the Hedonalians, and the Equititians. Now, each of these tribes have their own variation on the “one true God.” The Nihilinos have Nihil, the Hedonalians have Hedon, and the Equititians have one named Randy, for whatever reason. Of course, because I’m writing this, the Garrettites are the only ones who are right. Obviously the other tribes are worshipping false deities- the Garrettites say that these other tribes’ gods are (collectively) “the devil”. So the Garrettites go around, engage in conflicts with their neighbors and come out victorious, and all the conquered unbelievers are either converted or killed. Eventually, Nihil, Hedon, and Randy aren’t being worshipped, they just remain as different names for “the devil” and everyone is united in one religion.

Here’s my thought regarding how this sort of stuff works.

In any given field (whether this is a land area of tribes, a scientific field of study, whatever) people group into tribes. The most basic tribal behavior is built around genetic relation (hunter gatherer families), but as tribes grow, they begin to center around increasingly complex ideas- these are required to keep groups together. Humans are notable for being the only animal that can plan complex group activity- language (memetic transmission) is the vehicle for this expanding beyond genetically based small groups. As we continue to scale, we need to get increasingly complex cultural concepts simplified into structures that the group shares- religions accomplish this by enshrining value structures and morality into a system that (generally) can’t be questioned openly. To the degree that we agree on the basic metaphysical system of the world and the morality that draws from it, we can mostly get along with each other pretty well.

When we disagree, as in the example of the tribes, we experience a battle of memeplexes- generally, the people who have a memeplex that is more in alignment with reality than the others will win in a conflict. If, for an extreme example, the Nihilinos believe that their god will defend them if they close their eyes during a fight, then the Garrettites will wipe them out pretty easily. That’s obviously a pretty dumb belief system, but there are Breatharians in the world that think that you can live without eating (and who routinely die all the time), so it may not be as dumb as it sounds. Conversely, people may be (broadly) dumber than we’d like to admit.

Much of the history of the world begins to reveal an underlying memetic structure to the nature of its conflicts. What conspires is not so much a series of wars based on the subjective belief of adherents but rather the underlying beliefs of the adherents going to war with each other by means of the memetically possessed doing battle. What’s necessary to understand here is that in the same fashion that many cells come together to create organisms, so do people come together to embody ideas. When tribes fight, the gods do battle.

This is why the “will of God” seems to move around even though the devotees don’t apparently do anything wrong- the “God” here is increasing in complexity, but people can’t keep up accurately. Christianity superseded Judaism in adoption because it expanded the potential for adoptance to people who weren’t ethnically Jewish, as well as moved the focus from following God’s rules to the individual relationship with the deity. I’ll note here that if you’re invested emotionally or spiritually in a religion’s dogma, you’re not going to be able to see this objectively because you’re memetically possessed (or in the Buddhist terminology, mired in attachment).

As I said before- all memes aspire to the position of God. An ideology is a memeplex where the God-meme is something that requires an inordinate amount of cognitive dissonance to maintain the system against the imposition of external reality. For example, Marxist ideology requires cognitive dissonance because every real-world attempt at manifesting the memeplex has led to extreme death and destruction on a massive scale. The only way to maintain the God-meme of human equity in the face of that fact is to engage in increasing levels of dissonance.

If we really want to trigger some dissonance, we could note the fact that Marxism is the attempt to preserve Christian morality without its metaphysics. The Kingdom of Heaven where we love our enemies and are our brothers keepers becomes the proletarian paradise of a classless society run by producers once the (Pharisees) bourgeoise are gone. Meme complexes generally try to retain the parts that work (even though in the case of Marxism it doesn’t work), and oftentimes will attempt to do so even at the expense of coherence. As a memeplex degrades, the level of cognitive dissonance increases to the point where adherents become completely irrational. Of course, irrationality makes one ineffective in the world, so the memeplex dies out or is relegated to obscurity.

A great example of this dissonance is in the Westboro Baptist church. The level of moronic dissonance required to square their dogma of “God Hates Fags” with the literal gospel phrase “God is Love” is beyond my ability to comprehend. Because of this irrationality, they’re punished by society and are widely used as an example of extremism.

The modern world’s issue is that the true location of the God-meme is no longer in religion, or perhaps that religion is now obsolete for the level of complexity that the God-meme has reached. I’d argue that we need functional individuals who can think for themselves to organize in groups rather than mindless legions of the memetically possessed, because independent actors are far more powerful and capable.

The group enters the Desert of Nihilism, but only individuals can leave.

The Death of God is actually more like the transfiguration of God. Whereas the external deity God was a tribe’s guiding meme, the tribe is no longer the important element of the world, so God moved and hid in the individual. One of my theories about the significance of the Christ myth is that Jesus the man became the embodiment of the God of the Jews, which died with him. What came back is the memetic Christ consciousness, which exists privately within the individual. This is why the veil over the holy of holies in the Temple was torn when Jesus died- because God moved from the physical world into the noetic, i.e. “the body is the temple.” The irony of the fact that the central message of Christianity is discovering the God-within is the fact that the vast majority of Christendom just enshrined Jesus the man as a new God-without.

Another layer of irony concerns the fact that Christianity-the-religion’s belief system is such that the enshrinement of the state of Christhood as being directly tied to Jesus the person is effectively a mechanism for making attainment of the state impossible.

This is most obvious when you look at the eastern religions- there’s a shit-ton of Buddhas, because Buddhahood is a state that can be attained. If Jesus had traveled to the east in his time, he’d be regarded as a highly accomplished saint, not the “only begotten son” of the “one true God.” What this boils down to is something like the meme complex’s crystallization to prevent it from manipulation. You can’t make a great dogmatic religion (re: Buddhism) if anyone is capable of getting to the state of “Godhood,” now, can you?

Primarily, this is because Western religion is built from the Order brain (and the western religions have corresponding mystic elements based in the Chaos brain), and are predominantly masculine in structure- rigid hierarchy. This is where we bring in the second article I cited- the exoteric God of the Jews is fundamentally the most “alpha” dude conceivable. Thus, it’s made doubly ironic that Christianity adopted it, because of basically everything Jesus said- “God is love,” “love thy neighbor,” all that jazz. The East has a much looser hierarchical structure because it’s rooted in the Chaos brain- more introspective, less rigidity built in, a greater focus on private contemplative practice rather than the exoteric group activity of prayer that western churches entail.

The masculine hierarchical focus of the Order brain is a double edged sword, because the type of person who builds hierarchies well is too often the same type of person that builds rigid hierarchies well- re: basically every king ever. Prophets, too. Every prophet basically comes to the conclusion that everyone before them was wrong, but (whether it comes from them or their followers) we rarely accept the possibility that there are more to come.

Let’s explore this idea of prophets more. In some sense, a prophet is the embodiment of a necessary change in the memetic structure- we’re building off the Weapon of Fate idea from the last chapter here. Jesus’ emergence and rise to prominence (in the context of the cultural milieu of Rome-occupied Jerusalem at the time) was fundamentally a reflection of the fact that the Pharisees’ dogma and rigidity had lost the plot of the “living God” that is the evolution of the God-meme.

More simply, when a memeplex (in this case, religions) begins to focus more on the “letter” than the “spirit,” a prophet inevitably arises to course-correct.

We could all avoid an enormous amount of frustration if we could accept the fact that religion (or more broadly, belief systems) are meant to evolve with the times, but it’s the nature of the crystallization of hierarchy that makes this impossible. Well, let’s say nearly impossible, because I’m fairly convinced that the cultural shift of the Death of God means that we’re reaching a new stage. Organized religion cannot survive the Desert, because only individuals can face it- it’s the subjective experience of the Dark Night of the Soul (which I touched on indirectly here and will cover at length later). The group enters the Desert, but only individuals can leave.

I recently had a humorous (to me) interaction in this vein on Twitter when someone objected to the notion I suggested- starting a movement “together, as individuals.” This is what we need to develop if we’re going to survive in the modern world- a new kind of individual-primary identity that has a common thread that unites people who don’t have things like ethnicity, religion, or culture in common, lest we continue to fight amongst ourselves forever. We need to unite with the shared “divinity” that comes from the God-meme of consciousness– everyone who realizes this awareness within themselves can see that in others. It lets us overcome solipsism, it lets us bond with people who have nothing else in common with us, and most importantly, it’s something attainable for every person on this planet.

We need to come together, as individuals, consciously.