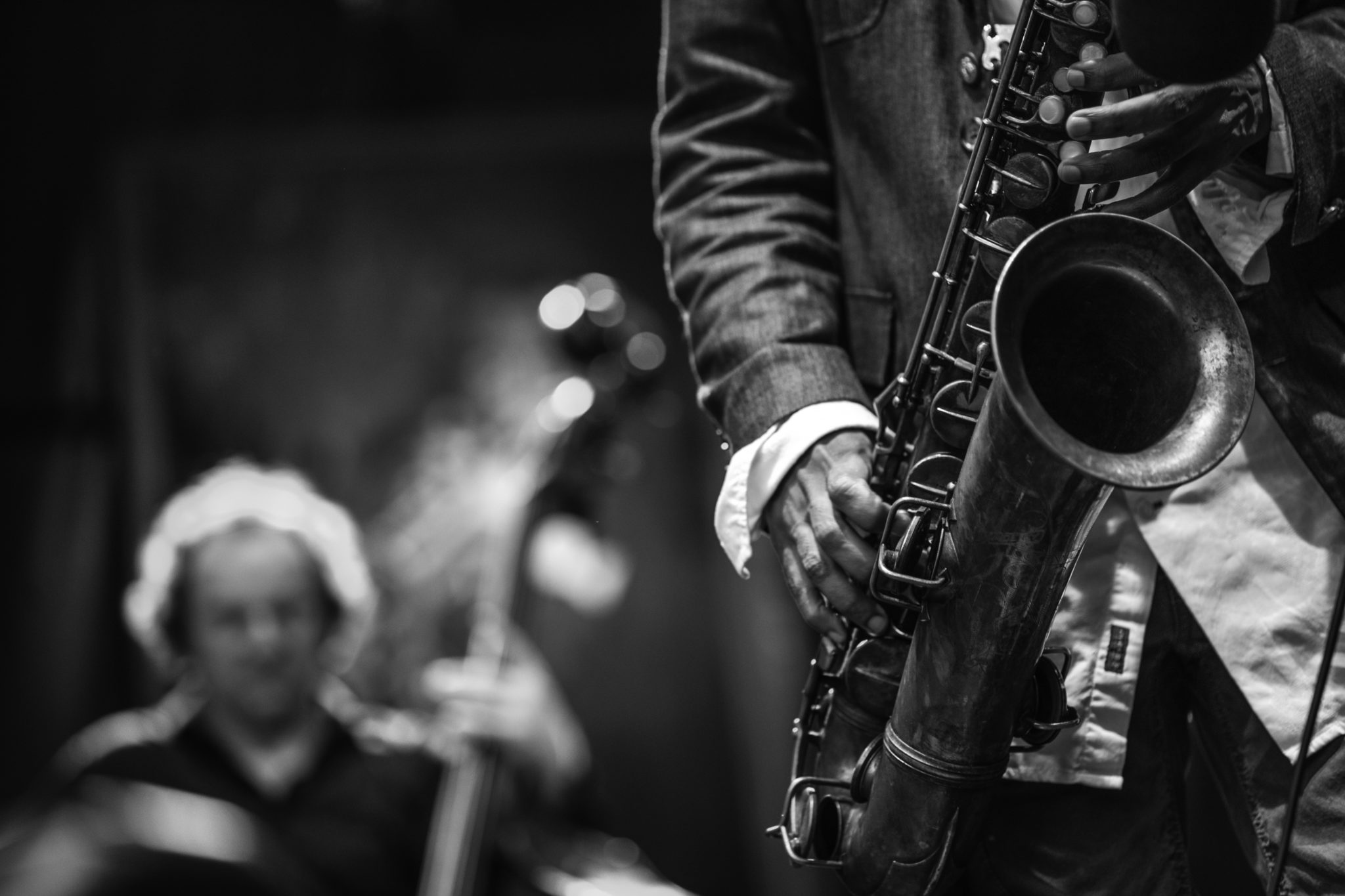 I was fortunate enough to be able to attend a spectacular performance by local jazz outfit The Bayberry Cast the other weekend at the Reno Little Theater this weekend. During the show, I was struck with an interesting realization that I am convinced was not solely caused by the wine. Maybe a bit, but I digress. What could this realization be, you might ask? Life, in many ways, is approximated well by jazz, and what better medium than jazz to discuss the importance of developing the power of improvising?

For those among you who are not intimately acquainted with the medium, jazz is a fairly broad musical genre that emerged out of the New Orleans music scene towards the end of the 19th century. I am neither willing nor qualified to get into the history of the genre, so you’ll have to do your own research in that regard. For our purposes, what you’ll need to know is a little bit about the structure of the music.

The most significant aspect that separates jazz music from other forms is the focus on improvisation. For example, during the show, the Cast played an original piece called “Too Much Rain.” In jazz, a song begins with the melody, in this case, an intro that establishes the underlying chord progression and the vocals, sung by the wonderful Darcy Kathleen. Because the piano (played by Tristan Selzler) and the guitar (played by Lucas Aziru, who is responsible for the band’s song arrangements) are capable of playing chords, they play a central role by creating the foundation that solos build on. Unlike in other genres, the bass (played by Mike Mayhall) is responsible for keeping the steady rhythm (called a walking bassline), rather than the drums. This frees the drummer (Greg Lewis) up to focus more on modulating the intensity of the song.

As the intro concludes and the tone has been set, the band members take turns playing improvised solos over the framework that the chords provide. This often begins with a member of the horns section, with either the trumpet (played by Jef Derderian) or the saxophone (played by Doug Coomler) grabbing the reins and beginning to improvise. The solos often begin softly and increase in fervor, peaking towards the end, then gently returning to baseline (pun intended) to allow the next soloist to step in.

Improvisation is where jazz really shines, and it’s exactly this subject that I wanted to touch on today. It seems that more and more people are becoming increasingly ordered in their lives. Parents schedule their children with tons of extracurricular activities to get into prestigious schools. Once they get there, they just continue the same, joining clubs and other organizations, never leaving a moment to chance. Eventually, everything becomes weekly brunches, Tuesday bingo night, and date night once a month. I don’t know about you, but frankly, that sounds awful.

The path I have taken in life seems to have always hinged on my ability to improvise. Because of the dearth of fun nightlife options provided by Jacksonville, North Carolina, my friends and I had to invent ways to have a good time. We ended up playing a game that went something along the lines of, “convince a group of strangers of the most absurd possible story you can make up.” The best one we ever succeeded in selling was the far-fetched tale of how my buddy went over Niagara Falls in a barrel (padded, of course). Improvisation was also a helpful tool when I worked at a mall kiosk selling $300 hair straighteners to people who did not know they wanted $300 hair straighteners. Good times.

However, inebriated adventures and questionable career choices aside, I promise you that there is a method to the madness. Remember that person who has their whole life planned out, brunches and all? Well, bad news, friend- they just got laid off. See, the problem with planning is that there are always going to be things you can’t plan for. Jobs disappear, relationships end, things fall apart. C’est la vie, oui?

This is where the jazz comes in.

A planned life is much like a pop song- structured, routine, and fairly rigid. You know what you’re in for from the jump, and there’s not much you can do with it. Worse than that, if you spent your whole life practicing to make disco and the 80’s roll around, (barring a surprise hit Daft Punk song decades later,) 27you’re shit out of luck. On the other hand, if you spent your time learning the fundamentals of music and how to apply them in wildly different ways (re: jazz musicians), then you can handle a little bit of chaos.

Imagine being a candlemaker when they invented electric lights. If your only plan was making candles for lamps, then Edison was as good as the angel of Death for you. However, if you learned to improvise, you may have had the crazy idea to make seasonally appropriate,  overpriced candles that smell like whatever Witches’ Brew smells like (not to be confused with Miles Davis’ perennial jazz favorite Bitches’ Brew).

Maybe that last example was a bit of a stretch, but think of it this way- you can only plan as far as you can see. It doesn’t matter how well thought out your life story is if the industry you plan on going into gets automated out of existence, or the job you wanted gets outsourced to the far side of the world.

The real trick here is in learning the constants- as wild as the composition may seem, life still follows a couple basic patterns. Instead of trying to learn one song specifically, figure out the techniques that are the same everywhere. You will always benefit from being able to provide customer service, sell a product, write a good email (dare I say, blog articles?), and any other pertinent people-centered soft skills. These are the chords that everything else is an improvisation over- learn to play them and you’ll be able to handle damn near anything.

A final note on the value of jazz:

While it may be far too common these days for music to be tainted by ulterior motives like the pursuit of fame, money, and the other accoutrements of life in the public eye, jazz seems to be the eternal exception. Whether it’s due to changing tastes, the barrier to entry, or a lack of appreciation in the mainstream, jazz has somehow managed to escape the cynicism that too much music finds itself mired in. What this means for your sake, should you have the interest, is that, in jazz, you can find that most elusive of all creatures- the genuine.

These are not musicians who will sell out to the current trend, nor are they looking for your adulation. Nope, just a couple of people with immense skill and an honest love for the art form. Should you find something else in life so consistently pleasant and truthful, consider yourself lucky. If you’re unfamiliar with the feeling, seek out your local jazz scene. It’s worth it.

Thanks again to The Bayberry Cast, the Reno Little Theater, and For The Love of Jazz for a lovely evening.