On Leadership: Competence and Command 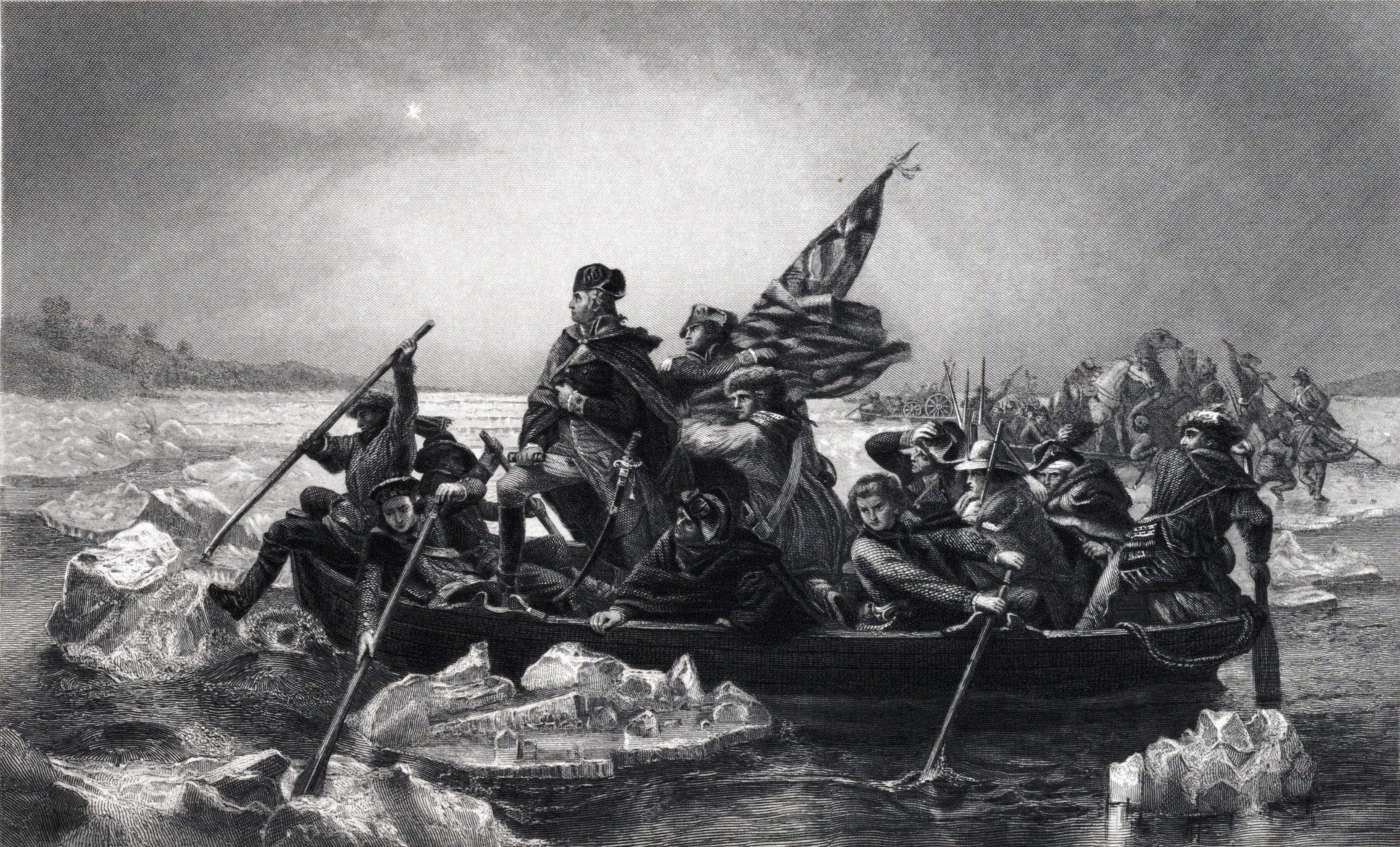 I had a realization today. In most cases, good leaders seem to be the exception rather than the rule. This seems to be the case in almost all areas of leadership- I’ve had significantly more bad bosses than good, and most management structures seem to be weak. It always strikes me as amazing that large groups of people even manage to function at all. If you’ve ever seen the inner workings of a bureaucracy, you’ll know what I mean. Beyond that, even among the American presidents, we only remember a small handful. On that note, we’re going to take a look at what exactly it is that so many miss when it comes to leadership.

As I’ve discussed before, responsibility is the fundamental requirement for true masculinity to exist, but what constitutes the nature of responsibility?

Competence is, above all other components, at the forefront. (In some communities, this is called the Burden of Performance.) Disregard leading for a moment- before he tells anyone else what to do, a man must be able to execute skillfully and correctly in his pursuits. If your job is to work on a machine in a factory, you must be able to operate it correctly and understand the means by which that operation might be impeded.

Now, this brings us to the first failing I see in most leadership- a lack of competence. Because of the priority given to potential employees with degrees in competitions for leadership positions, oftentimes the actual qualities required to lead are disregarded in light of the perceived value of a degree. Prioritizing those with educational attainment isn’t inherently a bad thing, and in many cases it could be preferable (because degrees are, if nothing else, proof of the capacity to follow orders adequately for an extended period of time, and to a specific standard). However, the assumption that a degree is inherently valuable is an outdated concept that many with degrees are discovering all too late.

This careless prioritization of a theoretical value (represented by the degree) over practical experience begins to wear on the validity of the hierarchy. I’ve heard stories of engineers who designed machines that worked in theory (in their CAD programs), only to find that, when their designs were actualized, some of the tubes weren’t able to withstand the strain of actual operation, broke, and spewed oil all over the manufacturing lines. More often than that isolated incident, you end up with middle management who don’t understand the jobs of their direct subordinates, and engineers who couldn’t operate the machines they’re designing.

When you lack competence, you begin to foment the most damaging of all threats to a leader- resentment. There is nothing so destructive to a team as the resentment of the leader that stems from said leader’s incompetent actions. Disgruntled employees begin as well-meaning people, for the most part. Legitimately bad actors are the vast minority, and are generally easy to spot if you know what you’re looking for. Ignorance is responsible for much of what we attribute to malice, as per Hanlon’s Razor, which brings us to the next component of the responsibility of the leader- education.

For a team to be effective, they must be properly trained. To understand what “properly trained” actually consists of, we’re going to assume that you’ve achieved enough competence with the task that you’re training to do so properly (remember, everything is built on competence). A leader has to have enough awareness of the nature of his team to understand that different people learn differently, and to adapt accordingly.

This brings us into the soft-skills side of leadership- if competence is a prerequisite, the ability to quickly and correctly read people is a hard requirement. I read in Robert Greene’s recently released (and highly recommended) book The Laws of Human Nature that a captain kept his crew alive while stranded during an arctic winter primarily because of his ability to observe and modulate the mental states of his crew to prevent panic.

Most leaders, when selecting lieutenants, prioritize the capacity for soft skills. This is incredibly dangerous, because, more often than not, those with the best soft skills end up being psychopaths. Competence is a good (but not perfect) filter here, because psychopaths will generally move to avoid doing extra work. (A good resource to learn about psychopaths in the workplace is the brilliant essay series The Gervais Principle.) Sufficiently high-level psychopaths are actually more beneficial than they are harmful, so long as you can recognize this quality in them and manage their negative traits. Those who cannot detect and manage psychopaths, however, will be inevitably replaced or deposed as they climb the hierarchical ladder.

This tendency to choose soft skills over competence is almost always a mistake, unless the competent person is exceptionally unlikable. Most subordinates would rather have someone that is good at their job above them, because someone who is useless but a smooth talker is an express, one way ticket to resentment. The degree to which a hierarchy becomes built by social skills over competence dictates the rate at which good low-to-mid level employees will leave the department (or even company). A good leader needs to understand the value of his subordinates and allocate resources to them appropriately to ensure that his high-value employees don’t jump ship due to neglect.

It’s generally a bad move to choose outside hires, unless you completely lack a valid candidate- in which case, you’ve failed in your responsibility as trainer. The capacity for upward mobility in the hierarchy is one of the defining characteristics that build loyalty for subordinates. No one wants to think they’re at a dead end job, there has to be the ability to grow and advance or the most motivated people will go elsewhere while the least motivated fester in resentment. This comes back to training- many places do not have a formal or accessible training structure, and they expect employees to go the extra mile and seek out training opportunities themselves. While this seems good on paper, in reality, employees will realize eventually that putting the onus on them for advancement is most often a scam to get them to do extra work for the same amount of pay.

(A note for all employees- while you may think that going above and beyond is a great way to put your name out there and get recognized, in all actuality, it generally isn’t appreciated in the way you’d like. Beyond that, the more you do things that are outside you job description, the more likely it is that you’ll be kept in your current position, as you’ve become too hard to replace. From a managerial perspective, it’s in their best interest to get you to do more work for the same money- then you don’t rate a raise and they look better to their superiors. Use caution- work smarter, not harder, and always ensure that you can train someone to do what you do.)

Now, let’s talk about the exercise of power. First and foremost, those who seek power for power’s sake will be bad leaders. A man who seeks power, in itself, does not understand the fact that power is something that comes as a result of accepting responsibility and is not an end in itself. A man who understands the grim weight of responsibility only goes after the power necessary for proper execution of his mission. Weak is he who seeks power undeserved,  and fool is he who takes power without regard for responsibility.

One of the primary burdens of those near the top of the hierarchy is ensuring that the power hungry are not placed in positions where they can do anything of consequence. The American political system did a pretty alright job of ensuring that the psychopathic types that go into politics are largely useless, but we’re seeing the end of that system’s ability to keep up with the advancement of modern technologies, as well as the open exploitation of loopholes for psychopathic advancement.

Here’s perhaps the most commonly misunderstood facet of leadership- the greatest leaders often do the least. This is not an argument for laziness, lest I be misunderstood. The wise man rules with a light touch- iron fists smash everything of value fairly quickly. If you’re a competent leader, you understand the roles your subordinates need to fill. If you’ve got the appropriate soft skills, you know how to separate the good actors (who very well may be psychopaths) from the power-lusting, dangerous psychopaths. You must ensure that those you choose for your lieutenants are capable of operating independently- the most competent people are more often than not the people who need the least supervision.

This is where the light touch comes in. Because you’re at a sufficient altitude in the hierarchy, you’re going to be primarily concerned with the biggest-picture planning. If your team is functioning correctly, you need only steer with small adjustments to ensure that you’ll reach the overarching destination as things progress. Most managers fail in this regard, because their competence compels them to micromanage, as a competent leader should be better than his subordinates in their specific tasks. This is why it’s so essential to choose good personnel, because you have to be able to trust them to operate without direct supervision. Micromanagement is nothing more than a roundabout way of telling your team you think they’re morons- remember this.

The final piece that separates good leaders from great is vision. A good leader can manage the hierarchy, hire and fire appropriately, and delegate tasks as needed, but only a great leader can inspire the kind of devotion that comes with a purposefully executed vision. The best subordinates, independent as they are, still have a deep, often unfulfilled desire to follow someone exceptional. As Simon Sinek explained in his phenomenal book, Start With Why, the core difference between the good and great is the sense of meaning that the great instill in even the most menial of tasks.

As humans, we are driven by the need for meaning. We follow sports teams, celebrities, politicians, religious icons, and even social media figures because of this core yearning for someone to tell us why. The modern age has accomplished many things, but supplying a sufficient source of meaning has not been among them.

Why is it that meaning separates the good from the great?

The level at which meaning enters the equation is the biggest of all pictures- it doesn’t matter how amazing you can make the country or how cool your new product is if it doesn’t lend context to where the individual fits in to the grand scheme of things. We’re obsessed with WWII as a culture because that was the last time we truly felt that we had a conflict of good versus evil. As I’ve touched on before, our modern compulsion to label our political enemies as Nazis is certainly a weak drive to imitate the underlying motivations of the Allies fighting the Axis.

When you can tell your followers that what they’re doing matters, and when you can explain how these simple actions they’re doing are going to do something absolutely essential, then you develop the kind of loyalty that will inspire men to follow you even into the mouth of hell itself.

Do not take this burden lightly- remember, leadership is fundamentally responsibility, and to be a great leader is to bear the greatest responsibility. Become competent, become aware of the needs and wants of your men, and do not crush them under the weight of your distrust. You engender trust by giving it, you encourage men to rise by expecting excellence of them, and you will have loyalty unmatched if you can genuinely provide the meaning by which the hearts of men are fueled.

Do not take this burden lightly. Lead by example, and set an example of excellence.