All Hail: The Archetype of the King and the Burden of Command 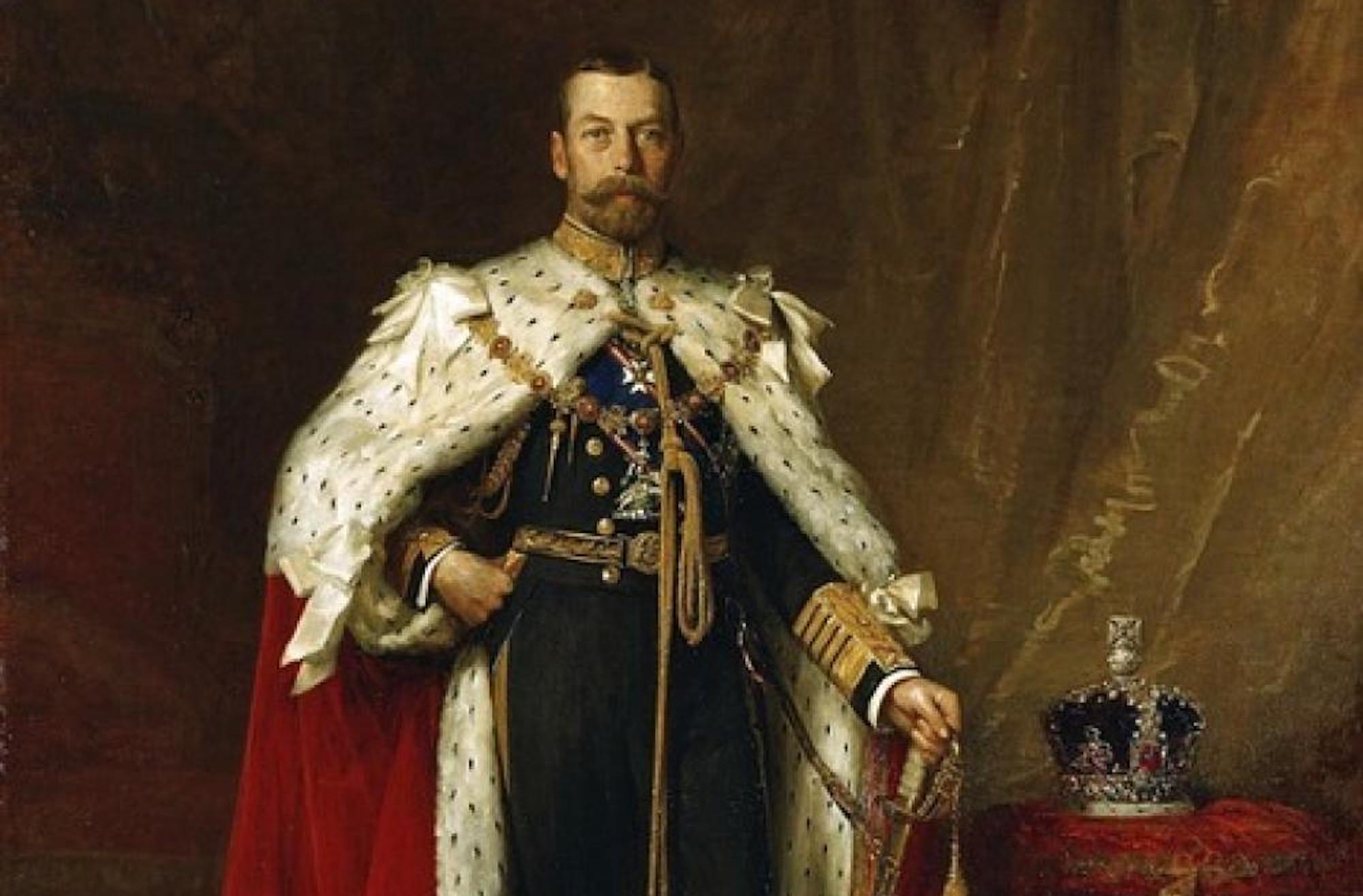 This is going to be a fun one. Today, we’re going to be taking a look at the supreme masculine archetype, the King. This article is somewhat complementary to the issue of contemporary masculinity I laid out in the second half of Syzygy, so it may be beneficial to read that first. The issue, as far as I can see it, arises from the inherent relationship between masculinity and responsibility (or, in today’s case, the lack thereof). What better, then, to examine such a burden, than to look at the archetype of the King?

The best example of the King archetype that I have found has been in the form of a song (and to a lesser extent, the album) from the band with the most metal name of all time, Fleshgod Apocalypse. The song is a two part-er, called Marche Royale/In Aeternum, from their album (coincidentally) titled King. Now, if you’re not a huge fan of metal, this is definitely not going to appeal to you. However, there is no song that I know of that sufficiently encapsulates the feeling of absolute, overbearing, authoritative domination as this one. If you’re not into the harsh vocals and stunningly brutal instrumentation (yes, I’m giving you shit), then it will suffice to listen until the first chorus, around four minutes in.

Now that the mood is set, let’s take a look at some of the lyrics, because I’m sure you didn’t understand them the first time through.

“Bow your head before your king, as I’m the bringer of light.
The chosen one amongst all men, the lord and master of light.

‘But who decided it all?’

Shut up you servant, respect divine right
For I belong to the elite of mankind.
Enlightened guardian of justice and right-
My word is law or it’s eye for an eye.

Bow down before the sovereign of the kingdom,
I will lead you through the hardest times.”

To quote the phenomenally excellent series from which I learned about this album:

“Throughout the record, the delineation between clean and harsh vocals is an important one. The more prominent harsh vocals generally represent the outward appearance of a character, the harsh, cold and aggressive face that they show the world. Conversely the clean vocals are generally more introspective and lyrically convey a softer, more delicate side to a person. This is made most clear in this track’s chorus, where the clean vocals are a prayer to God, whilst the harsh vocals represent a threat to all who would oppose the crown.”


–Karlo Doroc, from *prognotes (a series from Heavy Blog is Heavy)

\Now that we’ve gotten the exposition out of the way, we can get started.

If you’ve seen any kind of film or television in the last decade or so, you may have noticed an interesting trend that presents authority figures, almost exclusively, as either evil,  incompetent, or not long for the world. Game of Thrones would be the best corollary here, as essentially everyone that touches power in the series is one (if not more than one) of the three.

I’ll argue here that the way our culture depicts authority in media is an expression of our internalized relationships with the concept of authority, our parents, and the government. When we have a show like Game of Thrones where the good guys die, the bad guys rule, and the rest are a bunch of bumbling idiots, it doesn’t paint a pretty picture of the author’s worldview (although it does make for damn good TV [and books, too]). The degree to which this depiction is popular (re: pretty damn) is indicative of how many people in the culture resonate with the themes.

The takeaway here is that we’ve more or less lost hope in our institutions. To us, it seems impossible to have a moral person in charge, whether because the system is corrupt or because power corrupts even the moral individual. What’s left is “a den of snakes,” as the song puts it-

“No one is virtuous, no one is grown.
No one deserves to be heir to the throne.”

This brings us to why I love this song so damn much. What the band is trying to show us, by virtue of glorious symphonic death metal, is a picture of the ideal ruler. Remember, when we’re seeing someone’s ideal, we’re looking at their conception of an archetype. This is where the band really shines, because they manage to capture the proper archetype of the King to a stunning degree.

Imagine this scenario- you are in charge of a group of people. There are a number of said people who are tasked to be your advisors, but all of them are immoral, manipulative, and vying for your position and the power it entails. None among them deserve the title, not even your own heir. Beyond this, no one will ever acknowledge or appreciate the sacrifices and hardships you will endure for the sake of the task of ruling.

I will make a bold claim- most people would find something in that paragraph as an excuse to let themselves become immoral, unethical, or at the very least, to attempt to shirk responsibility. It’s human nature. We are naturally risk and responsibility averse, and we’re very easily influenced by the social milieu of our immediate surroundings. They say you’re the average of the five people you spend the most time with- where does that leave you?

However, this is specifically why most people should not be in charge of or responsible for others– because they won’t even accept the responsibility for the reality of their own life being the way it is. This is where the mistake comes in- as we desire strongly to avoid the facts of our own inadequacies, we project those onto others. Thus, our leaders become caricatures in our eyes, and the poor view of our institutions inevitably reflects our view of our own self-sovereignty (or lack thereof). Over time, these projections become reality, as the only people left who will bear the scorn have accepted the role as evil and become evil themselves.

The band, however, does not fall into this trap of projection. No, instead, they present us with a character who has no reason to do his job right, no one to do it for, and not only does no one care, they’re actively opposing him. Despite this bleak picture, despite having no good external reason to do so, the King remains wholly steadfast.

“‘Till their veins will be filled with their gall,
I will stand for the sake of the sacred crown,
forever at war.
You deceiving worms will be smashed by my rage-
In the name of God, slayed.

In Aeternum, draining struggle to serve my reign
with full force, restore the integrity.
Purify consciences through blood,
extirpate those cancers. Dictate my law,
‘till the day of my fall.

Beware, you’ll pay for your faults.”

This, above all else, represents the highest form of the masculine ideal:

To “walk alone through this treacherous world,” to be given every opportunity and reason to compromise, and to still aim one’s Self at a higher ideal- this is what the archetype of the King should teach us.

Here’s where we go deeper. Lest you think that I am advocating for a return to monarchy (hint: I’m not), I need to clarify that (for our purposes, at least,) the King represents the ruler of the inner world (in the same sense as I discussed in Solomon).

With this metaphor in mind, let’s consider the “court” to be the petty ego. Within ourselves, we have a number of competing “advisors” that seek to “aid” our attempts at ruling. The problem is that these advisors are all impulsive circuits in the mind. Hunger, thirst, lust, greed, vanity, fear- all these circuits of the mind seek to dominate you, and they will, if you cannot rule them with wisdom:

“Born with the fire inside
The flame of wisdom burns in my noble heart
Turns into guiding light that blows the mist on the path.

Balance of power, the art of the wise.”

It may not be necessary to make this metaphorical, but we’re going to do it. Here, the fire inside refers to the True Self, the spark of consciousness that resides within all people. Because the King hasn’t let the world destroy his sense of what’s good, that spark has kindled into a “flame of wisdom,” which he uses to guide the his people, blowing the mist of ignorance from the path.

That last line, though, is among the most important of all- balance of power. How many people in history, when, given power, actually had enough of a capacity for restraint to allow that power to be balanced and restricted? Not many, in fact, far too few. This is another instance where we’re seeing the King as an idealized figure- in his authority, he displays the actual quality of nobility that our modern understanding has reduced solely to the title of an outdated social class.

What is most critical to understand of this archetype, however, is the simple fact that authority and responsibility must be understood to be inseparable. This is something that we lose touch with in a largely bureaucratic system- how many times have you heard the opposing party, the prior president, or some other number of factors take blame as the cause of why the President didn’t fulfill what they set out to do? How many leaders have willingly stepped down because they weren’t able to accomplish what they promised? Bureaucracy is a system built on the abdication and abnegation of personal responsibility- everything can be blamed on a superior, inferior, or the nature of the system itself.

The archetype of the King represents the opposite of this fearful, cowardly irresponsibility- because the King does not complain about the nature of his burden. He accepts the damnable state of affairs, the absolute unfairness of it all, and he chooses to do his job to the highest ethical standard anyway. The entirety of this may seem very far-fetched, simply by nature of how far we have fallen in the modern age, but there have historically been leaders of such a caliber. Marcus Aurelius, the famed Stoic philosopher-emperor of Rome, is one of the finest examples, and I would argue that George Washington was as well.

“God, bless my soul, guide my fury through this cold war,
hunting Judas down.
Now free my hands from the spires of the serpent-
Death to the traitors of the crown!”

Even the King kneels before God. In a non-mystical sense, what this means is that you must have a superordinate principle, a guiding value that you hold above yourself. (More on values here.) This value is the thing that keeps you moving when all seems to be against you, the thing that you choose to pursue even when the situation is dire. This is what separates the pretenders to the throne from the King- the role is fundamentally a role of service, not domination for dominance’s sake. The King serves both his country and his people, but not for the sake of service. He serves because there is no one else who can do it.

Responsibility can be seen, then, as that which one can’t afford not to do. I will cover this sort of responsibility more in another article, but for now, I leave you with this:

All Hail the King.