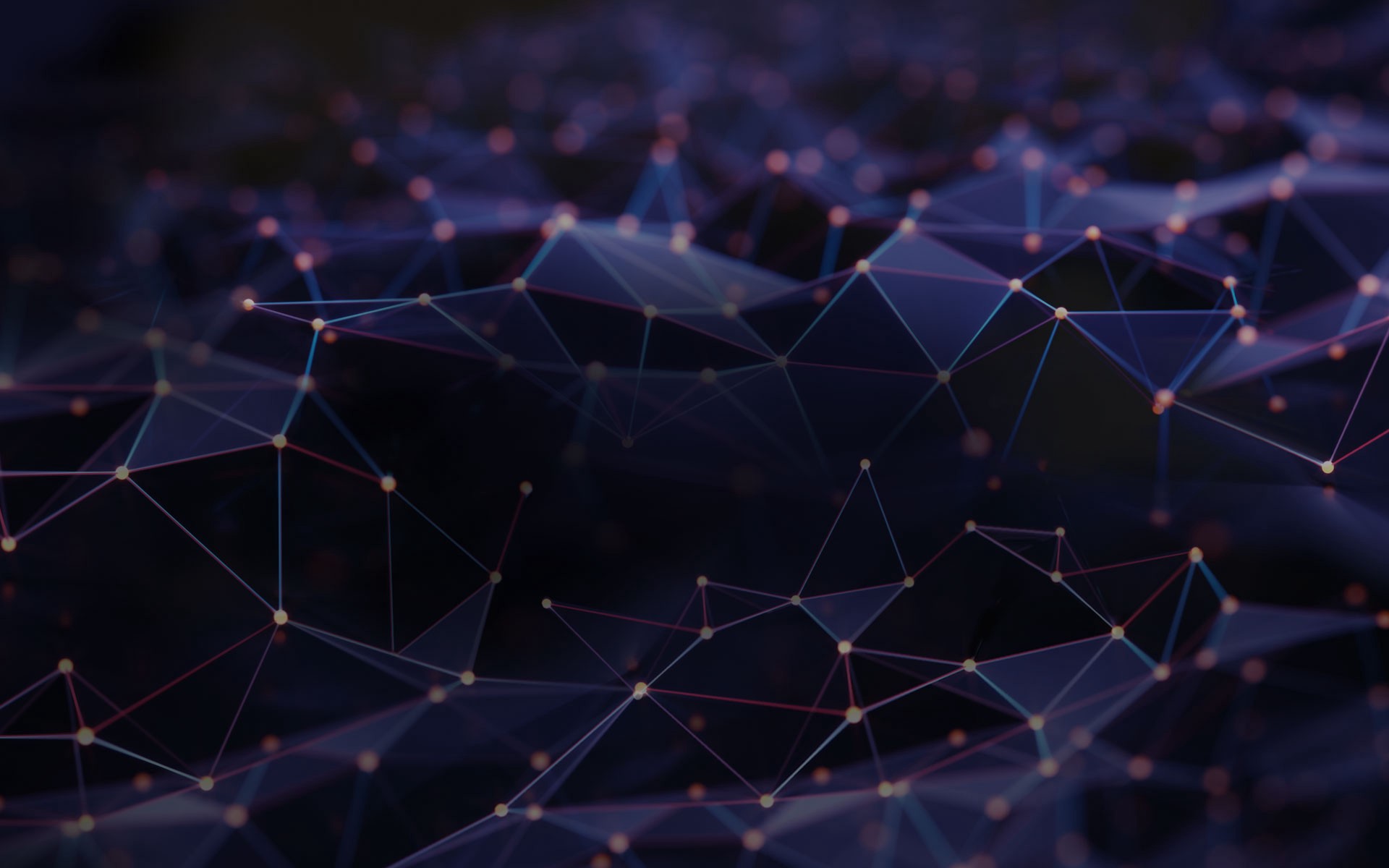 I was really tempted to call this article “Intro to Memes for Mind-Controlling Teens,” but we’ll have to save the mind control for the chapter about Memetic Engineering. Today, however, we’re going to be just scratching the surface in this introduction to Memetics, the article I promised in Triple Meta. For those who are unfamiliar, a meme (pronounced meem, not me-me) is essentially a unit of idea. Richard Dawkins proposed the idea in his book “The Selfish Gene,” as an informational equivalent to a gene (hence the pronunciation). Now, I don’t much care for Dawkins, and I haven’t finished reading The Selfish Gene yet, so we’re going to leave him at the door.

Ideas are, in a sense, in a sort of dependent state of symbiosis with people. As I have established earlier in Solomon and Pieces of Mind 0.1, the ideas (along with thoughts, feelings, opinions, etc.) are all part of your petty ego, and thus, while existing in your mind, they are not a part of you as a person. Ideas are like possessions- you have them. They’re like files on a computer, where your body is the hardware and your neurological processes are the software. Some of these files are required for your computer to run- they’re your personality (Ego Proper), and you can’t get rid of them.

These ideas obviously require you to exist for them to exist- they aren’t some supernatural, mystic thing. Additionally, they are not the same as the concept of Jung’s collective unconscious, which I consider to be a set of ingrained patterns that the human organism has been evolutionarily selected to recognize over millions of years. No, memes “exist” on two levels- the personal and the interpersonal- you have ideas as an individual, and your ideas can transmit between you and another person.

As I said earlier, a meme is a singular unit of idea. A group of memes that are directly related is called a meme complex. For example, the religion of Christianity is a meme complex, and the symbol of the cross is a single meme (one that represents the entirety of the meme complex [an emblememe?]). Now, it’s important to understand that a meme complex is always going to be something of an approximation- unless you have an exceptionally dogmatic Christian sect, it’s unlikely that any two people have exactly the same idea of what the religion is. (This is why there are so many denominations and various splits in the history of the church, for the record.)

Each of these memetic symbols represent larger meme complexes (or sectarian meme complex variations.) Note how many versions of the standard cross exist, directly or otherwise.

You may have gathered that meme complexes, like organisms, benefit by being spread to other hosts. The process of idea transfer between two people is effectively an analogue for the sexual reproduction of genes, or perhaps more accurately, something closer to a viral transmission. It’s probably safer to say that it depends on the type of symbiosis that the meme or meme complex is exhibiting.

I’m going to coin the term symnoesis for this, which should mean something like “understanding together,” as symbiosis means “living together.” This comes from the Greek word nous, which refers to the intellect or the thing that is required to know Truth and reality. Obviously, memes do not think or have minds of their own, but I think it works, and it gets the point across that memes require human hosts.

The forms of symnoesis approximately mirror the forms of symbiosis, with the caveat being that ideas cannot die, they can only be forgotten or cease to have a host. (If you want to get really trippy, a book is technically a permanent source of memetic contagion, unless people lose the ability to translate it.)

Because the memetic does not live, the dynamics are a bit different.

Mutualism, in this sense, is a meme that benefits the host and supports the transmission of the meme (Camelbak’s very straightforward slogan “Hydrate or Die” is a good example of this). Commensalism would be a meme that does not benefit the host but is still spread to other minds. For example, I know a boundless amount of useless facts that, given a conversationally appropriate opportunity, I will tell people simply for the sake of curiosity. Maybe it’s a compulsion? The world will never know.

Neutralism is probably impossible to talk about, unless you have an idea that you won’t tell anyone that doesn’t affect your life in any way. Amensalism would be an idea you won’t spread that hurts you (negative self-talk is an example of this, unless you’re a frequent tumblr user.)

Finally, we have the one you need to be the most concerned about- parasitism. The symnoetic meme complex that best approximates this is the philosophy of anti-natalism. The antinatalists believe that giving birth is morally wrong, therefore they will not reproduce. This is where we have to start seeing certain meme complexes in the same light as pathogens- this is a set of ideas that will actively harm the host, at least in the genetic sense of inhibiting reproduction.

If there are memes that operate as pathogens, then we must also have a memetic immune system, right? Correct- the parallel here would be something along the lines of your philosophy, the degree to which it’s integrated into your being. A person who has a (symnoetically mutualistic) philosophy that promotes life can easily reject a parasitic meme complex like nihilism (the belief that life has no meaning), because such a philosophy does not serve those who choose to live. We could probably coin the term nouosis (similar to psychosis and neurosis), which would denote an illness of understanding or the intellect, to describe such a meme.

Fundamentally, if you’re alive and you desire to continue to live, you would do well to strengthen the noetic immune system (mental health) and defend yourself against deadly ideologies that don’t reflect reality, or worse, pervert your ability to discern what is real.

So we understand that memes spread through noetic contact (exchanges of ideas by whatever means), but what about the evolutionary aspect of memes? This is where things get really interesting. We engage with memes on an intellectual level- the noetic. However, memetics is actually, in a sense, metanoetics, that is, the study of the dynamics of the intellect. (I do want to clarify that this neither draws from the term metanoia, nor Hajime Tanabe’s use of the word. I’m using it in the sense of the field of noetics, analogous to metaphysics and physics, respectively.) When we step back from the direct cognitive interaction with ideas (thought, cognition, or intellection), we see that there is an element to the transmission of ideas that, unfortunately, isn’t directly related to whether or not they are rational or true.

Consider again the religion of Christianity. If you’re interfacing with it directly, then you’re dealing with either the theological arguments as to whether the religion has metaphysical truth, or the historical arguments as to whether miracles were performed, something like that. However, from the metanoetic perspective that is memetics, we see a different dynamic. For example, Elaine Pagels argues in her (highly recommended) work “The Origin of Satan” that the concept of the red dude with a pitchfork is actually a development (or mutation, for our purposes) of an idea that really wasn’t present in the philosophy that Jesus himself was espousing.

I’ll expand on this in and of itself in a later article, because it’s fascinating, but this is the takeaway you need to know for the sake of memetics. We get the name Satan from the Hebrew word שָּׂטָן, or sâtan (comparable to the Islamic Shaitan), which just means adversary or accuser. It’s not a proper noun or anything. Pagels’ argument suggests that the meme-concept of the adversary became increasingly used to describe enemies of the Jews and the early Christians, in typical fire-and-brimstone fashion. Couple this with the fact that oppressed religious groups tend towards using codewords, and you can imagine how this benign word suddenly represents the ultimate evil.

The problem is that this eventually took on a “life” (re: became a distinct meme complex) of its own. Here’s the crazy bit. Much like a frog that secretes poison tends to avoid getting eaten, a meme complex can also mutate to develop protective traits. Religions, above all other systems of thought (excepting perhaps politics), show this defensive mutation most plainly in the concept of Hell.

The Christian concept of Hell draws, among many other sources, the Greek underworld, Dante’s Inferno, and the Hebrew word Gehenna (which was a historic city where they burned infants, or something equally horrific). What purpose does Hell serve for the God of Love? Well, Hell, and specifically, a Hell for non-believers, is both a mechanism for conversion (memetic contagion) and a mechanism to prevent abandoning the ideology (memetic retention).

These arise not because of some inherent theological reason (at least, not at first), but because a meme that is better at spreading to new hosts and preventing current hosts from abandoning the meme is a meme that continues to operate. “If you don’t believe in our God, you’re going to Hell,” is a deviously effective marketing tactic. Imagine if Coke tried that? “Drink Coke or burn in Pepsi Hell, heathens!” Unfortunately, dogma is an effective emergent trait that can increase the transmission strength and staying power of a meme.

However, a meme complex that has developed these aggressive mechanisms runs into a problem, eventually. Because the complex in question has a means of spreading that is no longer related to its inherent quality, it will, over time, drift further and further out of alignment with its original state, and from reality itself. Look at the Westboro Baptist Church- how in the Hell (see what I did there?) do you get any their psychotic nonsense from “God is Love?” By this point you know- memetic evolution.

When viewed from this angle, we can actually gain a degree of compassion for the average person and their unconscious status as memetic hosts. Many of these meme complexes have constituent memes that actively disencourage questioning, a la “submission to the will of God (often meaning the church),” “trust your government,” “workers of the world, unite,” and other concepts of that nature. If you’re reading this, you’re obviously not the type of person who is afraid to question things, unless you’re the WBC and you’re coming to sue me (all publicity, right?).

That doesn’t mean, however, that you should have disdain for these sad folk (and there are many more of them than us, sadly). You need to understand these memetic principles if you’re going to figure out how to overcome their memetic nouosis and fix the world. That, however, is a topic for the next chapter- memetic engineering.