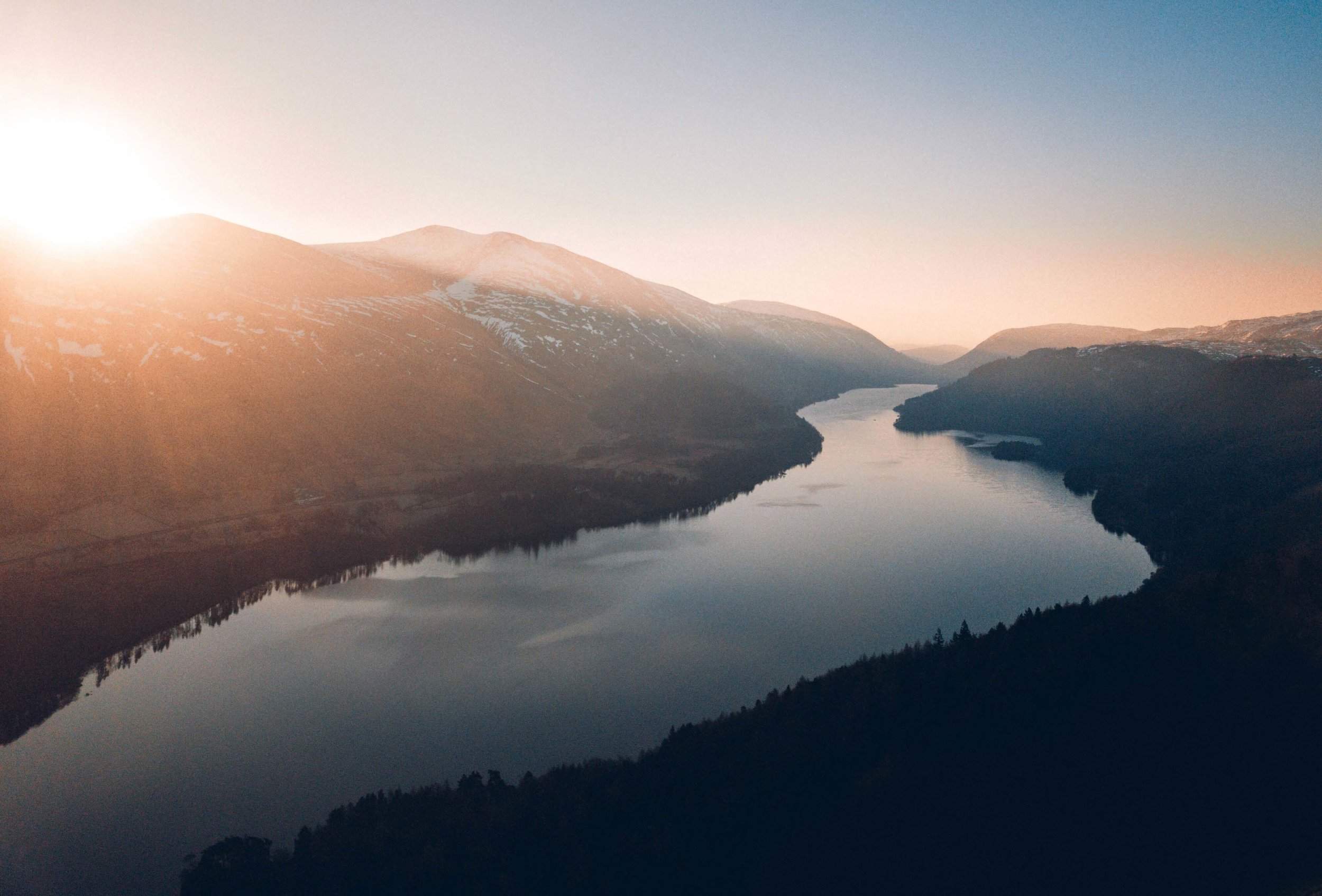 The concepts of duality and non-duality are among the most complex that can be dealt with in philosophy. I often use the phrase “the Truth is what, in knowing it, changes you,” or some variation on that, and this is certainly one of those cases. The history of western philosophy has basically been one of dualism since after the Sophists, if I remember correctly, and because of that, we’re stuck with a sort of puzzle. How do we cross the Humbling River of paradox, dichotomy, and contradiction?

Now, on the surface the idea of transcending duality sounds like some solid eastern-religious mystic nonsense, because A- it is, and B- it will sound like nonsense until you’ve understood it. The trick here is that you’re going to be stuck in the dualistic state of mind until you can change your perspective to see that the mindset that sees duality is limited. This is what I mean by the Truth changing you- when you get it, you’ll get it because you (and the perspective which is a part of you) have changed in the process of getting it. This is horribly confusing and not pleasant to explain, so let’s get into some metaphor.

The first and most important thing that we’re going to have to understand in this process is a concept that I learned about in Robert Pirsig’s perennial favorite, Zen and the Art of Motorcycle Maintenance. That’s basically required reading, so go get it if you don’t have it already. In the book, Pirsig explains the meaning of the word “Mu” with:

“Yes and no … this or that … one or zero. On the basis of this elementary two-term discrimination, all human knowledge is built up. The demonstration of this is computer memory which stores all its knowledge in the form of binary information. It contains ones and zeros, that’s all.

Because we’re unaccustomed to it, we don’t usually see that there’s a third possible logical term equal to yes and no which is capable of expanding our understanding in an unrecognized direction. We don’t even have a term for it, so I’ll have to use the Japanese mu.

‍Mu means “no thing.” Like “Quality” it points outside the process of dualistic discrimination. Mu simply says, “No class; not one, not zero, not yes, not no.” It states that the context of the question is such that a yes or no answer is in error and should not be given.

“Unask the question” is what it says.

Mu becomes appropriate when the context of the question becomes too small for the truth of the answer. When the Zen monk Joshu [= Chao-Chou] was asked whether a dog had a Buddha nature he said “Mu,” meaning that if he answered either way he was answering incorrectly. The Buddha nature cannot be captured by a yes or no question.”

This is the character for Mu.

Before we dive into that, let’s talk about an experience I once had. For a long, long time, I had a very specific image stuck in my head. I called it the Diamond of Choice, and I used it to analyze a variety of systems for inconsistency, as well as to look at the self. It looks something like this:

(I’m not familiar with Hegel, but I’ve heard he used the words thesis-antithesis-synthesis and that could probably apply here.)

This diamond is essentially a means of problem solving. Whenever you are asking a question with two polarized responses, you’re presented with the either and or. The Mind-Body dichotomy is a great example of this- many people feel that the mind and body are separate things. If you go in favor of the mind as being more real you get solipsism (either), if you go in favor of the body as more real you get materialism (or), if you go neither you get some variation on “reality isn’t real” like Gnosticism, Buddhism, simulation theory, etc. Any unresolved either/or scenario will move in the direction of neither until solved, and neither always ends in nihilism.

I shouldn’t have to mention it by now but nihilism is bad, mmkay.

These problems generally revolve around two things- one, a bad premise that produces a question with contradictory answers. Contradiction is anathema to life- your body works to live and should it begin to contradict itself, you will die. The only place that contradictions can survive is in the mind, and if you don’t challenge them, they’ll kill you in the long run- bad philosophy has killed many more people than any other thing in the world (cough-marx-cough).

Anyone who talks about “embracing contradictions” and that sort of thing is a fucking moron, do not acknowledge them to any degree more than you need to do to protect yourself from their idiocy and the actions that result from it. If your taxes contradict themselves, you get audited. If your testimony contradicts itself in court, you go to jail. If your heart contradicts its purpose, you die. The only people who want to enable contradictions to be valid concepts are people who have given up on rectifying dissonance within themselves, and they will pay for that. Do not be caught near them when they do.

Paradoxes, rather than being a new-agey bullshit thing to embrace, are A- something to resolve, and B- something that generally results from flawed perspective and faulty premises.

The idea of Mu is actually just a means for us to understand when we’re caught up in a contradiction, and it reminds us to then examine the means by which we arrived at said contradiction.

I talked about this in more detail in the Why I Don’t Talk About Politics article, but this is a much simpler explanation- politics is (presently) a massive paradox. The fact that we have a party system built around two completely contradictory philosophies is probably the largest Mu contradiction in the world today, aside from the Mind-Body dichotomy and the belief in the supernatural. Any Us vs. Them scenario is usually one of these as well.

Being caught in the delusion of the duality paradox is basically a recipe to be manipulated. Because on some subconscious level, your brain knows something is wrong (cognitive dissonance), it’s going to be seeking resolution. If you’re not questioning the premises, then it looks for resolution on the level of either-or, and on this level there is no resolution.

The Parable of the Humbling River:

(Suggested theme music for this next bit)

Imagine you’re walking down a road and you come to a river. There was supposed to be a bridge across it, but you can’t see one. There are two groups of people standing by the river- one is complaining that there should be a way across the river and it’s not fair that there isn’t, and the other is complaining that there’s no need to cross the river at all. They seem to have been here for a long time, and there’s no indication of them stopping any time soon. Eventually, you get bored of watching them, retrace your steps, see where you lost the right trail, and find the bridge.

This is the problem of the either-or. You get one side that says “we did the right thing and it didn’t work because of someone else,” and another side that says “we’re fine where we are, let’s just accept this faulty conclusion.” Obviously, both of these are responses to cognitive dissonance that don’t involve figuring out the source of the problem, which is “how did we end up here in the first place?” The reason people are addicted to the either-or is because both answers let them avoid realizing that they’re wrong. It’s addictive, but it won’t get you across the river.

Much of society’s ills can be reduced to this idea of lazy assholes complaining about why it’s not fair they’re not on the other side of the river (victim mentality), or other lazy assholes trying to convince themselves that they never wanted to cross the river in the first place (sour grapes).

To clarify further- the river is the place where you meet reality and are forced to confront the consequences of your thoughts or actions. The bridge is the path that takes you beyond this conflict through an understanding and acceptance of the real and the actions required to respond accordingly. If you end up at a place where there is no bridge, instead of trying to build a bridge with the people that don’t understand (because they’ll never agree and couldn’t solve the problem from a place of misunderstanding anyway), reexamine the premises that led you here and you can navigate to a place of understanding (a bridge), and cross there. Then, when you’re on the other side, if you feel so inclined, you can show the people that it was possible, and the better among them may heed your advice.

Most of them will rationalize you away and ignore you.

Remember that it is neither your fault nor your problem, leave the fools to their foolishness. The wise will figure it out on their own, eventually, and the decent will follow your example.

When they ask you how you crossed it, respond by asking:

“What sound does the Zen cow make?”