The Birth of the Hero: Towards A New Ideal 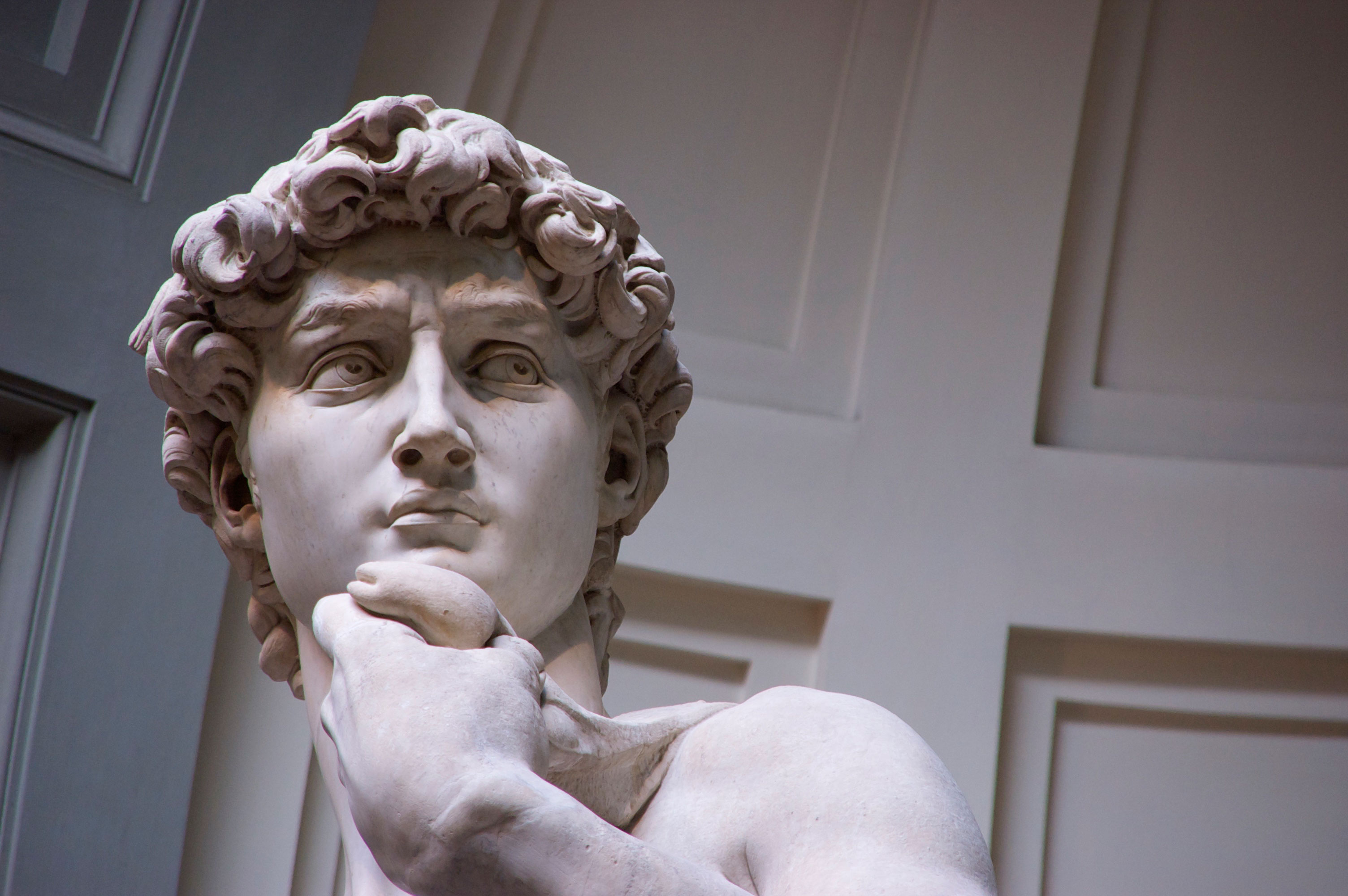 One of the primary goals that I have kept in mind since the beginning of the MasterSelf project is the definition of a new ideal by which we should measure ourselves. This ideal is, of course, that of the Hero of our time. Interestingly enough, the definition of the word hero has changed dramatically as the value systems of the world evolved. The Greek heroes were prideful killing machines who sought glory and fame, far removed from the medieval Christian heroes of chivalry and self-sacrifice. However, it would seem that we must once again redefine what is the highest value in our lives- the time has come for the birth of the hero.

As I have touched on in a few previous posts, the value that most properly guides one in life is that of ἀλήθεια (aletheia), which is Greek for the “unhidden truth.” I use this word as a parallel to the Sanskrit concept of “Sat”, a word that means both real and true (expanded on here). The truth we speak of is not the simple truth of facts and figures (as in the latin word Veritas).

No, this is a Truth that, in the act of knowing, changes the knower.

This Truth is one that must be earned through insight into both the nature of one’s Self and the world. Thus, the first mark of our Hero is the attainment of the Knowledge of Self. However, this is no easy feat. Almost every religion in history has some form of mystic component (esotericism) that was dedicated towards the attainment of this goal, although they seem to have framed it as a search for God, liberation, or enlightenment. Our Hero, however, does not seek to escape reality or pursue something beyond this world. No, the Hero must venture into the realm of the myth and the mystic to gain knowledge that can be brought back into the world.

As our goal is to live in the world, the reality of suffering becomes one of the primary obstacles that the Hero must overcome. Suffering is an inherent fact of this life, but unlike the cowardly priests and mystics, our Hero shall not seek to deny it or flee from it. The Hero first acknowledges the reality of suffering, accepts it, embraces it, and then finally welcomes it as an inseparable companion of excellence. There is no damning of the pleasure for the pain, as the Hero knows that the two are of a kind. Indeed, it is through the struggle that the greatest rewards are found.

This Hero, then, is one who would take up the weight of responsibility for the sins of the father- the despair that the world has fallen into in the absence of excellence. His labor is to bear the weight of the world, not for the sake of the weak, but because the world cannot rise without someone to lift it. The end is the means- excellence will be achieved in the striving for excellence. He does not seek to free man, he frees first himself and then shows the world what freedom looks like as a consequence. He does not seek to change the world, he changes first himself and then those who would change can follow suit.

This ideal of Heroism is fundamentally an attainable state. The Hero is not born a miraculous figure or the child of some divinity. This is neither a man marked by the Fates, nor the royalty of birth. This Hero is that man elevated through the pursuit of excellence to the state of self-sovereignty: a Philosopher King. Having mastered his passions, he has proven his authority through his shouldering of the burden of responsibility that life presents to all the living, though few accept.

The Hero is one who pays no mind to the chance of his birth. He curses neither fate nor the gods for his lot or station, and he accepts the fetters that ensnare him as a challenge to be transcended. He gives no weight to culture, kin, or creed; he knows only the individual and meets each man on his own terms. He does not ask anything of the world that he has not first asked of himself, and he has compassion for those who would yet strive.

The Hero is one who has seen the deep sickness of the people- indeed, he was once sick himself. He is the wounded healer, having discovered the cure within himself, he is fit to cut out the cancers plaguing the soul of the land. He is the warrior-poet, and his war is a war of the spirit, made flesh. His enemy is ignorance, both the willful and the inherited. His weapon is the Truth, harsh and beautiful in its terrible glory.

This Truth is a perfect mirror, and in the glass it reveals to the viewer all the wickedness obscured by cowardice. The Truth forces one to know the Real, for better and for worse. Beyond this is the ultimate curse and blessing bestowed by the Truth- that the only escape from this Truth is in death, that denial of it is the path by which the Reaper is met, and the road that leads to life begins at the moment the Truth is made welcome. It is the flame that gives warmth to the virtuous and immolates the wicked ignorant.

The Hero knows that the root of all evil is ignorance, and his only prayer is this: Lead me from ignorance to the Truth. It is in ignorance that fear is born, and it is fear that births each of the plagues that storm in the mind of fools and the lives of the weak. The Hero pursues the Truth with single mind, and with neither attachment nor expectation. Attachments prevent the attainment of Truth, just as chains prevent the attainment of freedom. Expectation corrupts the realization of Truth, just as hubris damns the arrogant.

As he aligns himself with the Truth, he abandons his prior considerations toward what is good and what is evil. Many are the doctrines of the dogmatic, and he knows that Truth cannot abide in the house of dogma. His ethics are a code borne from strength, a code which roots itself in the True and the Real, in life and in the strength required to stand in the defense of life. He is a man of reason, tempered with the capacity to do violence, should reason not suffice. Just as he accepts the reality of suffering, he accepts the great burden of arms in the defense of those who would live free in the pursuit of Truth.

The Hero is a creature who has cast off the great evils of shame, pity, and servitude. He does not apologize for the life which animates his frame. He does not insult the weak with pity, but sees in them the same weakness that he has overcome, and the same spark of potential by which they may be made strong. He does not serve any master but Reality, for the greatest service he can perform is done in the gift that is his mission.

Our Hero is a man who has dedicated himself to a purpose unique to himself and the age in which he lives. Where in one time he may have been a prophet, in others he is an artist. The hero is born in some ages as the revolutionary, and in others the paterfamilias of a strong household. Each mission is unique to the man and the world which the man inhabits, but all are bound together by the golden thread of Truth.

The Hero meets his friends with dispassionate honesty, for it is the greatest of friends that would lead his brethren towards the Truth. He meets his foes fairly, neither denying them of their virtues nor shielding them from their flaws. He knows that as often as a friend betrays, a foe may yet be redeemed. He does not initiate any conflict he is not willing to take to the bitter end, but once he enters a battle, he knows nothing of mercy. When violence is required, he accepts wholly the consequences engendered by his hand.

This is the Hero- the man eternally striving in the name of ἀλήθεια towards mastery of his Self and the execution of his Will in the world. This is the ideal to which we must hold ourselves to, the metric by which we must measure ourselves when we aim for excellence. Our world is in desperate need of Heroes, now, more than ever. We must grow and strive to tear back the veil of ignorance that blinds us from the Truth of this world.

Towards the Age of Truth, unending-

‘till the end of Time.