You Am What You Is (Guest Post Ft. Billy Red Horse) 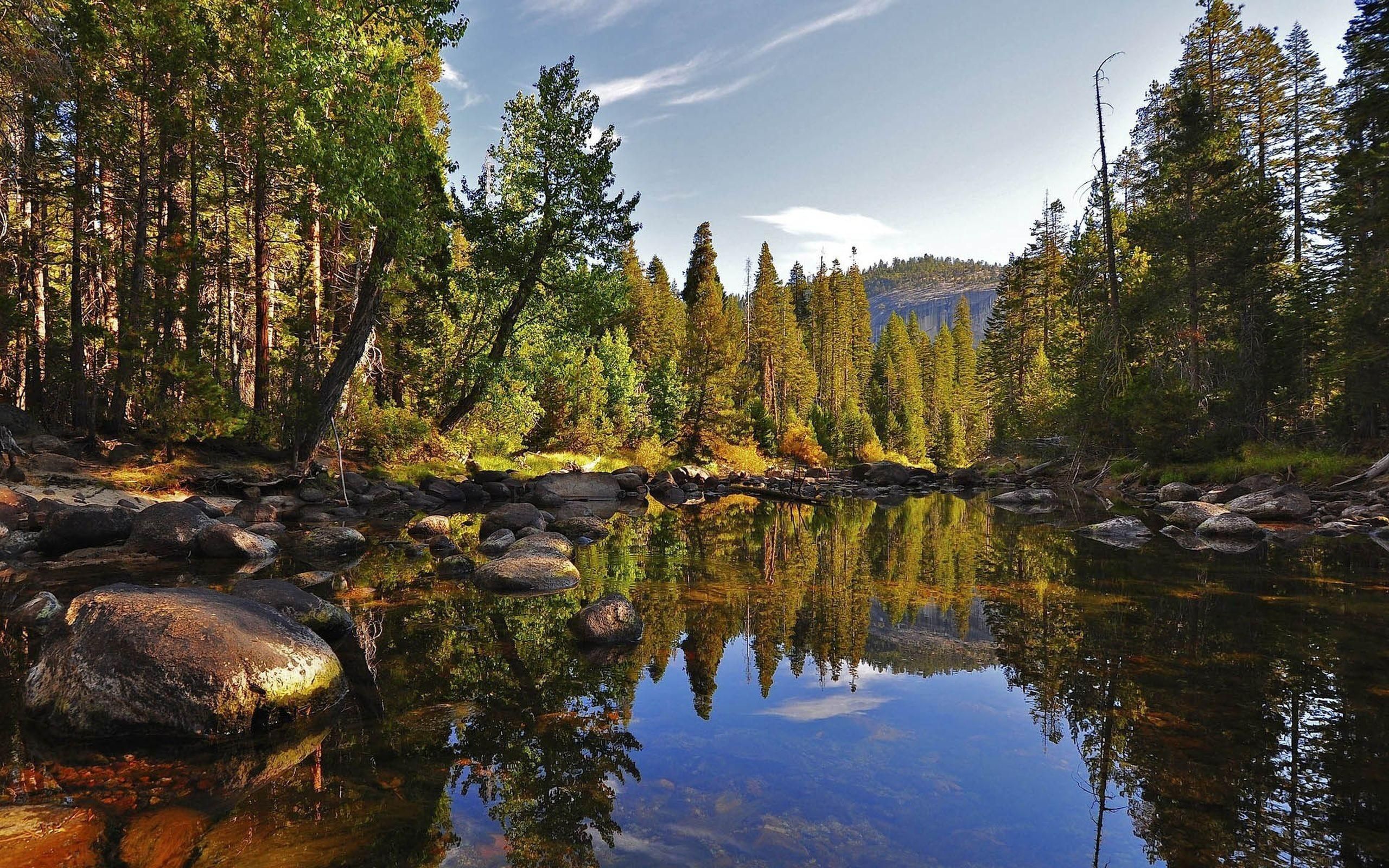 Editor’s Note: Today we have a guest post from the honorable Mr. Billy Red Horse, who you may know on Twitter (@BillyRedHorse) as The Gentleman Mystic. The Red Horse was kind enough to supply this delightful story- the first fictional piece on the site. I hope you enjoy it as much as I have.

“Helen, I still don’t get it,” Peter said, a blank look on his face.

“What do you mean ‘you don’t get it?’ What’s not to get?” Helen shook her head slowly in exasperation.

Peter took a deep breath then said, “Well…which is it? Which is more important- nature or nurture? The stuff you’re talking about makes no sense to me.”

Deep in thought, Helen pursed her lips, searching for the words that might penetrate Peter’s thick skull. After a moment she softened noticeably and said, “Listen, it’s not a black and white proposition. We’re all unique in the way we’re impacted by our genetic makeup and the environment we’re raised in. It’s not either/or; both play a role. The point I’m trying to make is this: What matters is that every one of us, to one degree or another, is someone else’s idea of who and what we should be. Everybody has a war
going on inside between their true nature and the good intentions of family, friends, and society.”

Peter sat in silence, looking dull as ever. Helen was about to continue when Peter finally spoke.

“Okay, I’ll grant you that a kid raised in the lap of luxury who went to the best schools can still turn out to be a rat bastard. And, come to think of it, I have a friend that was raised in the projects. Her father was a junkie whose favorite pastime was getting stoned and then beating the crap out of his kids. Still, she’s doing okay now; she owns a small catering business and is working on a degree. So your point is well taken- we all make choices, some good, some stupid. But what do you mean when you say ‘a war going on inside’ and that we’re ‘someone else’s idea of who we should be?’”

“Well, that’s where all this was going before you went on your nature/nurture tangent, Pete!” Helen snorted.

“Let me start one more time from the top. Our Genetic Legacy is what we come into this world with. It’s the stuff we’re made of, along with our hereditary tendencies. There’s not a lot we can do about this aspect of ourselves, other than try to stay as healthy as possible. This is what you’re calling ‘nature.’”

“Our Environmental Legacy is all the external influence we experience, first from our parents and other family members, then our peers and
teachers then, finally, society in general…”

“And this is ‘nurture,’ right?” Peter interrupted.

“Yes, but stay with me here.” Helen pressed on. “Environmental Legacy is when all the people and groups I mentioned try to make us conform to their perception of what they feel we should be. Though they think they have our best interest at heart, all their efforts to hammer us into their image of the perfect ‘us’ usually end up bending if not breaking our spirit. And a lot of the time these images are conflicting.” Helen paused to let her words sink in.

“I think I’m beginning to understand. Can you give me a specific example?”

“Sure. A good example would be a paraphrasing of the old Ugly Duckling fable. An orphaned swan is adopted by a family of ducks. Compared to the cute yellow ducklings in the family, the grey ‘ugly’ duckling is, well, ugly! As a result he’s made fun of, laughed at, teased, and his life is generally made miserable. It’s not necessarily that their goal is to hurt the little swan’s feelings. Their premise is a belief that the comments and taunting will somehow cause the ugly duckling to change and become more like them, which, in their eyes, is good. Of course, the swan grows up to learn he isn’t a duck at all and lives happily ever after as the swan he was born to be. Now, when you move this fable into the world of humans, most people don’t live happily ever after because they spend their entire life trying to become the
person (the duck) everyone has told them they should be.”

“And that’s the reason for the internal war you mentioned!” Peter offered.

“Exactly!” Helen replied. “Now, some folks are able to move beyond their earliest programming and can live a life that is at least partially on their own terms. But you’ve got to remember- when we are young and at our most impressionable we take all this to heart just because we don’t know any better and…”

“And what we learn as children stays with us pretty much forever!”

“Right again! Like I said, many people can cobble together a life that at least superficially resembles the one they envision for themselves. The sad thing is that each generation seems to pass this tendency to be a ‘consciousness engineer’ on to the ones that follow. So what you end up with is a bunch of people that have been told what they should be telling another bunch of people what they should be. What you’re left with is a…”

“Yep,” Helen sighed. Peter let out a long, low whistle then said, “But what about those who aren’t able to work through their programming and integrate it into their own vision of who they are?”

Helen answered, “Well, those are the people in the most pain. Some just become stringless marionettes and live according to their programming. Then we hear about folks who are experiencing psychotic episodes or exhibiting sociopathic behavior. They sound to me like people who have lost that internal war. These are the ones who can’t find their own way but at the same time can’t discover a way to defeat their programming.”

Peter sat lost in thought for a few moments. Helen allowed herself the tiniest of smiles. She thought she could almost hear the gears turning in his head.

Peter stirred. “Um, isn’t there any way to defend against all this? Wouldn’t Nature provide us with some way to counteract such harmful experiences?”

Helen’s smile broke wide. “Good question! Yes, there is a means of protection. You can call it the Defense Legacy. Basically, this is the emotional shielding we erect to protect ourselves from the pain of all those external forces pressing in on us. Instinctively we recognize that what we are being required to accept as ‘us’ really isn’t ‘us’ at all. As a result we start shielding ourselves, one layer at a time. There are several drawbacks to this shielding, though.”

“Like it usually takes time for us to recognize that what is happening to us is something we don’t want to accept. By that point at least some of the programming and shaping has managed to get a foothold into our psyche. So, even though we begin to defend ourselves, some of the dregs of the initial assault remain. To compound the problem, the shielding we use to fend off future assaults actually serves to contain what is already inside.”

Helen continued, “Another drawback is that the shielding isn’t impenetrable. Junk can still get through, so we add layer upon layer. Over time we end up piling shield on top of shield to the point that, though we may be effectively isolated from most external assaults, we can no longer properly interact emotionally with others because we are so isolated.”

Peter sighed and said, “So what do we do?”

“The shielding must be broken and then abandoned.” Helen replied. “An adult with even a modicum of self-awareness and self-respect should be able to function without the need of years of accumulated shielding.”

“Is this shielding just emotional or is it actually physical?”

“Usually both. A lot of the people in this country who are obese are carrying their shielding around their waists and on their backsides. Think of how many people turn to food for comfort nowadays,” Helen said.

Peter hesitated then began, “Well…I guess exercising and eating right would be the way to address the physical shielding…”

“Yes,” Helen interrupted, “but there’s more to it than that. You can’t just get rid of something, even if it’s not good for you, and expect that that is all you need to do. When a negative is eliminated it must be replaced by a complementary positive.”

“So are you talking about the power of positive thinking?” Peter asked.

“No,” Helen said flatly. “Negative habits are like boomerangs; throw one away and it’ll just come right back to you. But if you replace the negative with something a little more life-affirming, when the negative tries to come back it will find it’s place occupied. This makes it a lot more difficult for the
negative to regain a position of power.”

“All right, I get the gist of how to deal with the physical shielding. What about the emotional?”

Helen took a deep breath and continued, “For the fortunate few, just acknowledging that the shielding exists is enough to initiate the healing process. Meditation and prayer is always beneficial. It’s usually not very helpful to just say, ‘I have shielding and I want to be rid of it.’ You’ve got to be specific. You get specific through the act of recapitulation, of reviewing your life in reverse and identifying major times and places where you added to your shielding. Corners cannot be cut here. It will take time and it
will damn sure take honesty. For others, professional therapy will be required.”

Peter chuckled, “So much for those who say you can’t change what you are.”

Helen smiled. “I think it’s much more important to change what you aren’t!”