Not in the Monastery: Enlightenment, Through Struggle 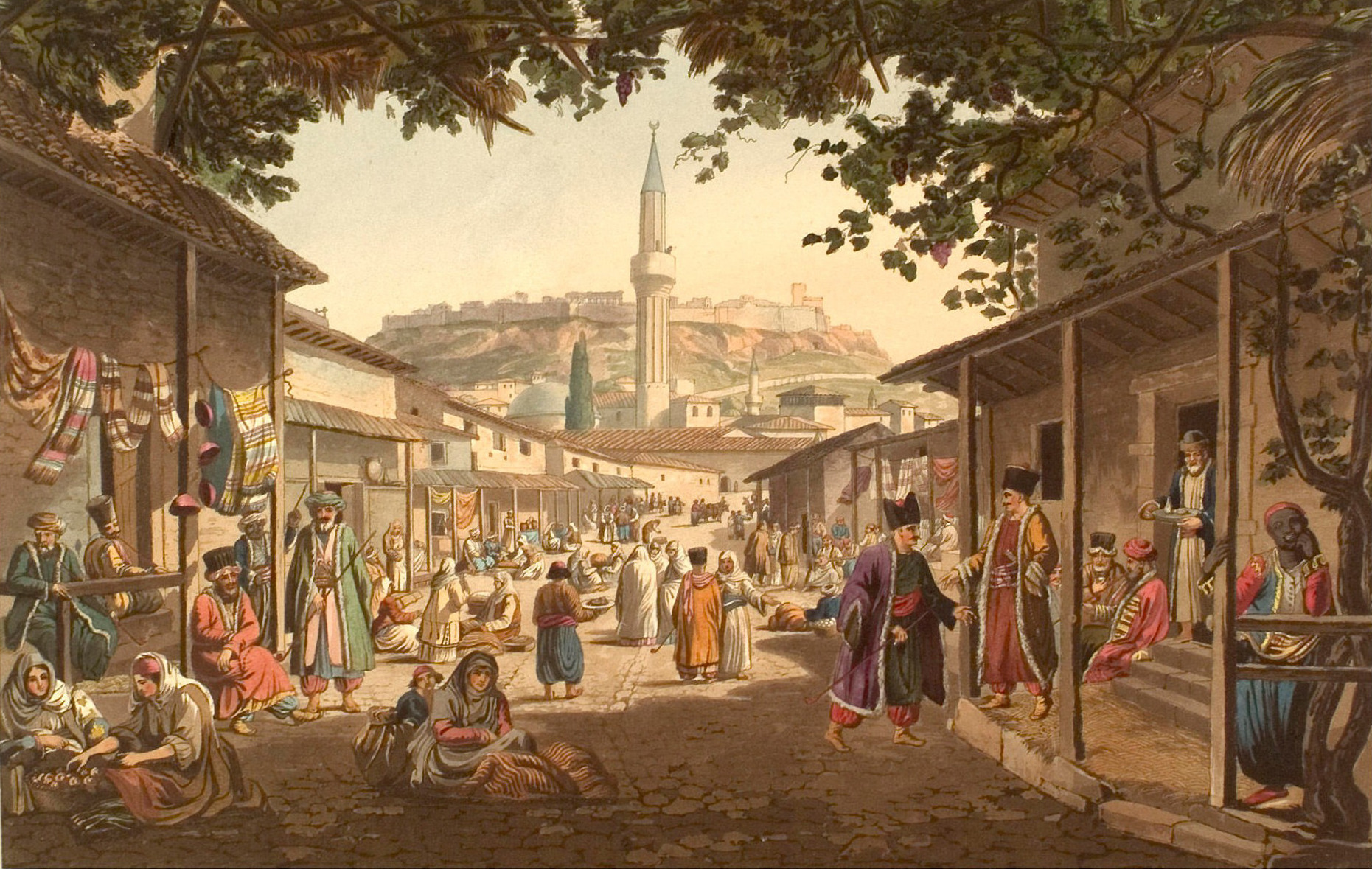 There’s a quote I’ve used in probably four articles on this site that I think finally deserves its own article. I can neither tell you where I heard this quote, nor have my prodigious Googling skills revealed any hints as to where it came from, but if I had to guess, Robert Pirsig’s Zen and the Art of Motorcycle Maintenance would be my thought. That book is required reading, in my opinion. Anyway, the quote is “Enlightenment is found not in the monastery, but the marketplace,” so we’re going to talk about what that means, the nature of “enlightenment,” and the value of moving towards the struggle.

First, we should attempt to define the indefinite- what is enlightenment? For my personal uses, I would typically classify enlightenment in a few ways. First, the development of metaconsciousness, or the ability to observe one’s thoughts/identify with the observer (this is what The Wisdom of Solomon is about) and then act on the observations to change habits and behavior. Second, we could take a more traditional Buddhist approach, which comes from the word bodhi (which is where we get buddha, duh), and means something like “awakening.”

(These two definitions are basically the same, so the distinguishment here is made to point my usage specifically at the articles I’ve written on the subject before.)

We’re going to play with the second definition, because it’s probably easier to understand in the context of this article (and because I’ve probably beaten the first to death). Let’s use this bit from Romans 7 (NASB for ease of reading, normally I try to go KJV but it’s obtuse here):

So now, no longer am I the one doing it, but sin which dwells in me. For I know that nothing good dwells in me, that is, in my flesh; for the willing is present in me, but the doing of the good is not.

For the good that I want, I do not do, but I practice the very evil that I do not want. But if I am doing the very thing I do not want, I am no longer the one doing it, but sin which dwells in me.”

Some clarifications here- I don’t ever use the word “sin” outside a poetic context or direct quotes because I think the word is a loaded term that no longer means what it used to. I do like Peterson’s definition of sin as “to miss the mark” in the sense of failing to do what you aimed, and that works here, so let’s use that. If I were to translate the concept of sin into my philosophical system, sin would be-

That’s a lot of clarification, I know, but this is one of those topics that is really easy to get involved with a stupid definition from hippies or religious fundamentalists, so we have to exercise caution.

Now that we got that cleared up, let’s look at the paragraph again. Essentially, what the author is describing is a lack of insight into the nature of causes and effects. Our behaviors are controlled by circuits, with feedback loops and triggers- they’re very much like a computer, except much more complex and far less logical. When we don’t understand these circuits, we end up doing things that we don’t like, and then we feel bad because of the disparity between our thoughts and actions.

One of my favorite examples of this (and this is one you can test very easily through observation) is that person you’ve definitely met that says “I hate drama,” yet is somehow inexplicably (hard sarcasm there) always involved in some asinine drama. Return to the biblical quote above and replace “what I do” with drama (it’s a stretch grammatically in most spots, but you’re smart and I trust you can get the gist) and “sin” with either Peterson’s “to miss the mark” (more obtuse) or my “ignorance” (which fits better), and you start to understand the nature of this lack of insight into the nature of causes and effects.

When we’re disintegrated as people (meaning we haven’t made our minds coherent and applied our belief system to every aspect of our lives), we end up having large schisms or separations between things like our thoughts and feelings, our wants and actions, or our self-concepts and the way we’re actually perceived. We “do what we hate” because we don’t understand the complex system of expectations, attachments, trained behaviors, and cyclical processes in the brain that lead to our responses in a situation. It’s like sleepwalking through life on autopilot, basically.

This means that enlightenment is like waking up- that’s where we get bodhi.

We are all born in ignorance (which in this context is like original sin but without the loaded terminology guilt trip that comes with it), and we mostly operate as if half awake in life. People can see situations and respond to them, but they rarely do this by exercising extreme amounts of critical thinking or self-awareness. Society can teach you how to act (and it does, generally), but it can’t teach you how to observe the way you act- that’s a path you have to take alone.

What this means, essentially, is that there are a number of spiritual disciplines that can lead to enlightenment, but the end destination is always the same. This goes along with Aldous Huxley’s notion of a universal, underlying component that all religions share (what he calls the Perennial Philosophy), as well as Joseph Campbell’s monomyth or Hero’s Journey. This (explained more in my Memetics series) is also why I generally find the notion of the “one true religion” idea to be laughable- when you look under the surface, all the religions (for the most part, not you Scientologists) appear to be describing a very similar concept hidden under different (culturally appropriate masks).

Now, you may be wondering at this point what this all has to do with the monastery. Traditionally, if you wanted to reach enlightenment, you had two choices. First, you could live a normal life with a family (called the life of a “householder”) and then when you were in your 50s, you could leave everything behind to pursue a life of spirit. Second, you could become a renunciate (someone who renounces the world) at a younger age, and never take a wife. The latter path is more like what we know of monks in the western world, but these concepts are primarily eastern, as the east has a much better framework for these things. (In the US, schizophrenics get drugged up in hospitals, in the East, they’d traditionally be treated as mystics or saints.)

Regardless of whether you waited until you were old or not, generally you would go to a monastery, temple, ashram, or some other place of seclusion to seek enlightenment/the divine. Here, you would become a disciple to a master who would instruct you in the ways of the particular flavor of mysticism that was appropriate to the area. I won’t go into it here (re: many paths up the mountain and all that), but look into all the different schools of Buddhism or Hinduism for a good example of the various approaches. Most of the time, you would learn about meditation (the equivalent in Christian mysticism is called “contemplative prayer,”), mantras (similar to doing repetitive Hail Marys, often both with prayer beads), ritual, and other staples of monastic life. On top of this, you’d usually all dress the same, eat the same, get up at the same time, and even have the same haircut.

Interestingly enough, this is similar to how the military operates, minus the meditation and with (probably, I’d guess) a lot more yelling. What this accomplishes is basically just preservation of tradition, as well as getting rid of a lot of the normal obstacles to spirituality, like social status conflicts, cool haircuts, and attachment to material possessions.

However, it’s not necessary to do this highly-regimented stuff to reach enlightenment, it’s just supposed to make it easier. The Buddha (before he was the Buddha) left his life of luxury as a prince to go become an ascetic living in the woods with a bunch of emaciated monks, but he didn’t reach enlightenment with them. Instead, he went off into the woods and sat under a tree for a long time, and then he realized the nature of the middle path (between the extremes of luxury and complete renunciation). After that, he became enlightened.

In a much less broad sense, the quote means this-

You can go far away from the problems of the world, to a place that is designed for you to succeed (the monastery), where there are very few challenges or difficulties (except in the case of the Buddha, because the ascetics were extreme). However, that is not the way to enlightenment. Instead, you have to go in the direction of challenges. It may be cool to meditate in a perfectly silent temple, but if you can’t go down into the hustle and bustle of the marketplace where people are shouting and pushing you around, and still keep your calm, what use is it?

This is why I use the quote so often, both on the site and in my personal life. Every time I feel myself getting comfortable, or settling into a routine, or enjoying my surroundings too much, I return to it. Almost all of the crazy things I’ve done in my life (fasting, living in a tent, doing carnivore, running an ultramarathon, and most recently, moving from NV to NC) is because of this quote- I will not let myself become complacent. If you’re not being tested by your situation, you need to do something different.

Every place becomes a monastery when it ceases to be a challenge.

There is always another marketplace to conquer.

This comes back to one of the overarching themes of my philosophy and this site, AION AGON– eternal struggle. Enlightenment isn’t something you get once and you’re done with, it’s a continual process of finding new bastions of ignorance within yourself, and applying your conscious mind to eliminating them by testing yourself against the world. This is why I have such contempt for people like Kant, who claim to have a complete philosophy but never did anything useful in the real world.

Enlightenment is fundamentally something that needs to be made useful.

This is the nature of the world- to test, and fall, and reformulate, and train, and rise again.

I will leave you with one thought-

Pirsig talks about going up the mountain twice, with each way up being a different part of the mind, or a different experience. Consider the possibility that you can reach the mountaintop multiple times from many different angles, and remember that it’s about the journey, and not the destination.

“Truth is a pathless land.”