The Demon of Razgriz: Destruction and the Strauss-Howe Generational Theory 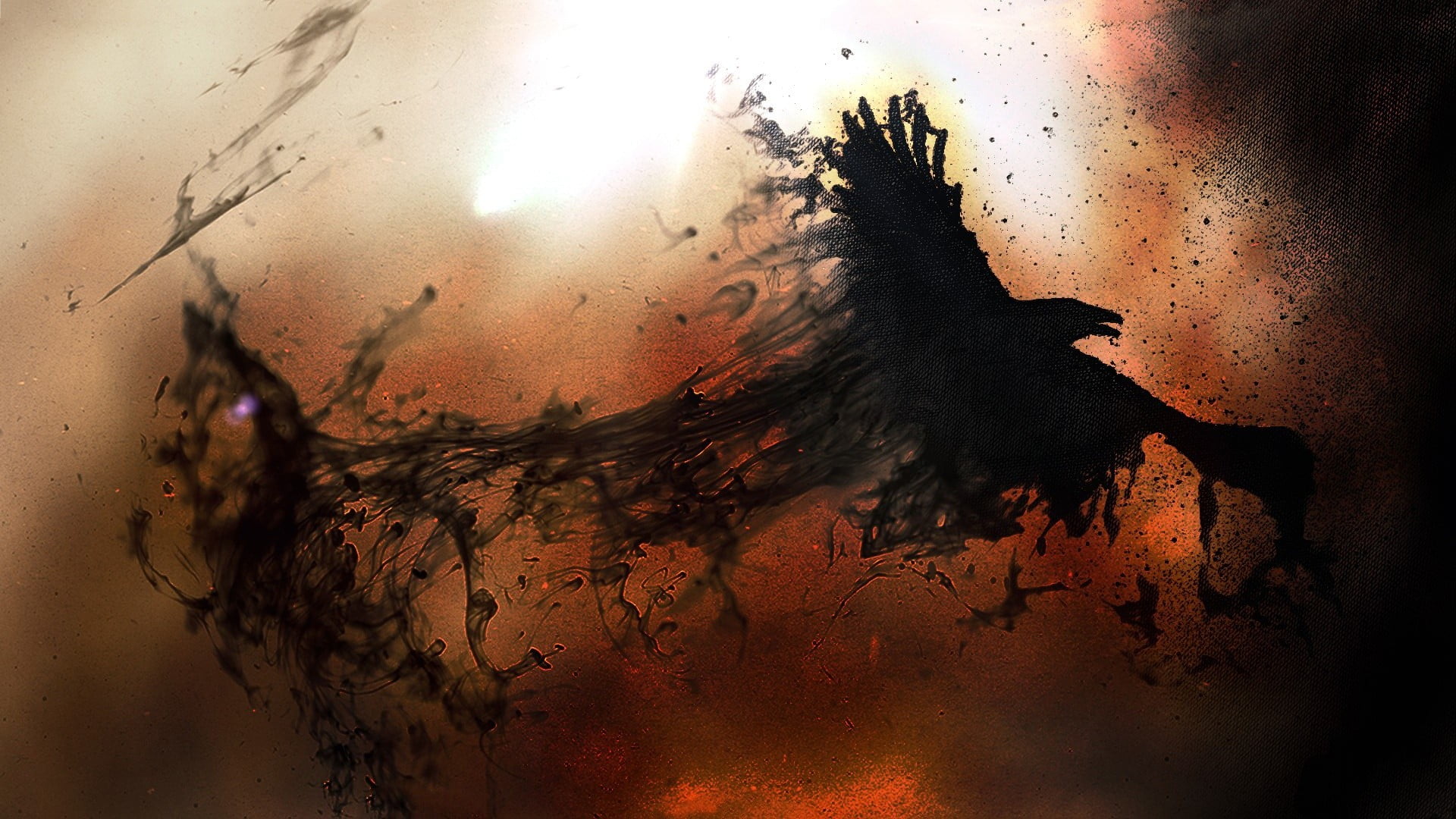 Today, I have for you what will probably be the most obscure thing that I ever write an article about- a fake myth/poem from a PS2 game that I played as a child. That game is Ace Combat 5: The Unsung War, and that myth is about the Demon of Razgriz, which was apparently significant enough for me to remember for 15 years after playing it- that’s gotta be worth something, right? One of the ideas that I’ve been thinking about recently is the notion that good art actually tends to channel the ideas of the subconscious into whatever is produced, so my theory here is that this artificial myth actually has some depth to it. On that note, we’re going to explore the nature of the link between creator and destroyer, as well as the apparent cycles of history and how they relate to our perceptions of mythic figures.

Cleared to engage, let’s get it.

We’re going to start with the two variations on the story from the game, starting with the myth:

“When history witnesses a great change,
Razgriz reveals itself- first, as a dark demon.
As a demon, it uses its power to rain death upon the land,
and then it dies.
However, after a period of slumber, Razgriz returns-
This time, as a great hero.”

This first version is actually the lyrics to this really phenomenal choral arrangement from the game:

Next, we have the poem:

“Amidst the eternal waves of time
From a ripple of change shall the storm rise
Out of the abyss peer the eyes of a demon
Behold the Razgriz, its wings of black sheath

The demon soars through dark skies
Fear and death trail its shadow beneath
Until men united wield a hallowed sabre
In final reckoning, the beast is slain

As the demon sleeps, man turns on man
His own blood and madness soon cover the earth
From the depths of despair awaken the Razgriz
Its raven wings ablaze in majestic light”

The basic premise of the Razgriz tale is that you have a deity that’s both destroyer and redeemer, but at different times, which is something I find to be wholly fascinating. The first notable feature of this is the notion that Razgriz emerges “when history witnesses a great change.” In some sense, we can read Razgriz as a representation of the horrible power of change in and of itself- change becomes a force that awakens the demons of our nature. “Men united” slay the beast, then it rises again as a hero.

(I should qualify here that this has about exactly zero to do with the game itself, I’m using this story as a lens to look at the world with.)

I think Razgriz represents culture itself- more importantly, I think it represents very strongly the times we’re in today.

Culture appears to move through cycles, which is pretty well summed up with “those who fail to learn from history are to repeat it.” We seem to be constantly learning, then doing, then forgetting, and then being punished for our forgetting- which leads to learning, of course. This is more or less the notion of the Strauss-Howe Generational Theory (also known as the four turnings), which I’ve talked about on here before.

To summarize briefly, the Four Turnings argues that we go through four roughly 20 year cycles determined by the 20 year divisions between childhood and the onset of adulthood, middle age, and old age (0, 20, 40, 60) with a full cycle being called a saeculum (the Latin term for a long human life or a natural century) and averaging 80-90 years. The theory also posits that a crisis emerges at the end of every saecula, the response to which creates a high, leading to an awakening (where the institutions that produced the high are questioned), which leads to an unraveling and another crisis.

Here’s where it gets weird- the Razgriz story maps on to this perfectly:

Razgriz reveals itself- first, as a dark demon. (Unraveling)

As a demon, it uses its power to rain death upon the land, and then it dies. (Crisis)

However, after a period of slumber, Razgriz returns- this time, as a great hero.” (High)

Razgriz, in the context of the story, becomes our perceptions of culture. It’s the nature of the good times of the high that give us the freedom to question why things are the way they are, and in the naivete of this position, the culture is perceived to be a demon. This prompts rebellion against the culture, and things begin to unravel.

Notable here is the difference between the myth and the poem. In the myth, Razgriz destroys, then dies and rises, while in the poem, Razgriz destroys, is slain by the united forces of man, then after dying, man turns on man, and it’s from this chaos that Razgriz rises again.

Wait, just when you thought this obscure piece of backstory from a minor dogfighting simulator game couldn’t get more profound, it turns out we can actually apply this story to the Death of God, too. Razgriz here (being both demonic and divine) represents God (being the highest meme in the culture)- think of the Age of Enlightenment era’s (awakening) move away from the tyranny of dogma and the Church towards science and liberty, which culminated in the crisis that produced the American revolution.

Here’s where it gets crazier- because history is cyclical, and the Razgriz is cyclical, we can make an interesting case for the Death of God as a cyclical phenomenon- hence a deeper understanding of one of the oldest mythic formulations, the dying and resurrecting God.

In this context, God is effectively a representation of the culture that emerges from the crisis– an idealized conception (perhaps dogmatic or something that becomes dogmatic) of the means by which to operate correctly in the world. However, because “history witnesses a great change,” the old ways begin to be outpaced by the new. The generation begins to awaken to the possibility that the old ways and old gods are insufficient, and in the process, they start to dismantle (unravel) what exists, and “God dies.” Then, from the chaos and crisis, a “new God is born,” and we return to a heavenly high state.

This also maps really well to the Eden story, as so many things do. In this light, Eden is the high, the fruit of the tree of the knowledge of good and evil is the awakening, Adam and Eve hiding from God is the unraveling, and leaving Eden is the crisis.

What I think is the most interesting part about the particular framing of the Razgriz story with the Four Turnings is that it provides us a framework to anticipate this as a continual process rather than getting caught up in a particular religious dogma that itself engenders the awakening and unraveling. This, of course, rests on the assumption that even perfect knowledge would allow us to deal with the situation better, but it’s the inherently imperfect knowledge that new life is cursed to operate with that more or less ensures the cycle will continue.

There’s a certain interpretation of all of what I just said that I’m anticipating someone will make, and I’m going to shut it down right now- this whole thing is not an argument for retaining the old ways (a la conservatism), it’s actually the failure of the old ways to adapt (via the rigidity of dogma) that engenders the progressive rebellion. In reality, the best attitude to adopt is likely that of non-attachment to outcome, which is exceptionally hard when it comes to the high. In some sense, the whole thing is like the meta- or cultural equivalent of the “hedonic treadmill,” as we get a high for succeeding, then chase that high (rather than the crisis that produced it) and as a result, we fall apart again.

You might have guessed that this is yet another way for me to work Aion Agon in, and if so, you’re right. We need to move from an outcome dependent worldview to one that values the struggle and accepts that the good times don’t last, and more importantly that that’s a good thing. This entire process is necessary, it’s the means by which we grow as a species. It also maps to the Hegelian dialectic (which is a great model for growth)- thesis (high), antithesis (awakening and the subsequent unraveling produced by the application of the antithesis to the thesis), a crisis that comes from the paradoxical conflict, and the synthesis of the two creates the high and becomes the next thesis.

I’ll leave you with two thoughts.

First, damn, that’s a hell of a bit of game backstory, huh? I think it’s still a bit early, but in future generations (perhaps we’re the first), they’re going to realize that there are just as many monumentally great works of artistry in nonstandard mediums like video games and anime. Anyone who disagrees with the second half of that hasn’t watched Neon Genesis: Evangelion, which is one of the most intensely esoteric (try and name all the symbolism in just the opening sequence) and profound stories ever told. As a culture, we like to shit on people for these things, but when you consider the massive numbers of people watching shows and playing games, you’d be a fool to ignore the philosophical and memetic underpinnings of the mediums. Even children’s TV shows are worth being cautious of- I’m convinced Bob the Builder is Marxist propaganda.

Second, and more seriously, here’s the takeaway from the article- we have (theoretically) anywhere between 6 and 17 years left before our current saeculum ends and the crisis arrives again.

This means that it’s our generation’s job to begin to prepare for what could be a massive, catastrophic upheaval-

will you be ready?