Chaos and Order in the Self (Pieces of Mind 0.2) 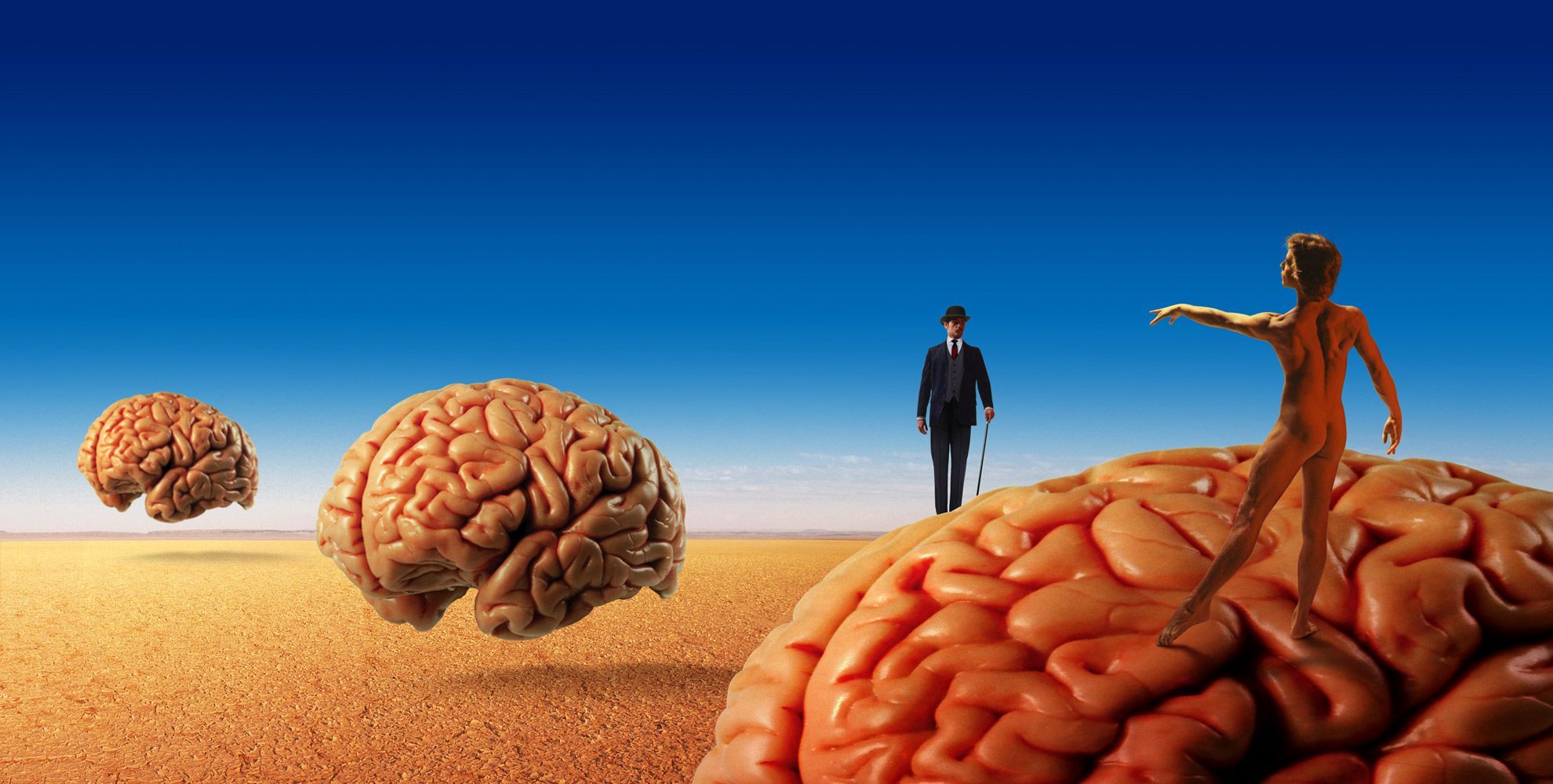 Today I’m going to begin expanding on my theory of mind from 0.1. We’ve established the concepts of the undifferentiated self, petty ego, Ego proper, and the true Self. Let’s imagine these as concentric rings laid out on the plane of the X and Y axis of the mind, where X is left and right and Y is front to back. We’re going one step farther- we’ll be looking at the gendered dualism of chaos and order in the self, laid out across the X axis and the evolutionary progression that is the Z. We’ll start with the X axis, and save Z for the next chapter. This is going to roughly correspond to the two hemispheres of the brain, although I’m not making any claims as far as biology is concerned.

(Important to note here is that the petty ego covers both sides of the mind.)

My hypothesis is this- autism and schizophrenia are actually on a singular spectrum. Autism, in this case, is a hyper masculine mind (compare to Nietzsche’s Apollo), and schizophrenia is a hyper feminine (Nietzsche’s Dionysus), both taken to the point of solipsism. I do want to clarify here that this is not meant as a clinical examination, nor should this be taken as some sort of medical advice. What I’m doing here is using these two conditions to examine the gendered/dualistic nature of the mind in a way that is practical for personal use. If you’re looking for medical or psychiatric advice, go to a doctor.

Take the external reality of the Order mind to the absolute extreme- you essentially get Nazism. The defense of the fatherland, a strong militaristic culture, submission to a masculine figure of power- all of this draws from the mind of Order. The core value of the Order mind is the Will– the active force that moves the world and arranges it into a strict, concrete form. It punishes openly and aggressively, and it does not tolerate disagreement.

Contrast this to the external reality of the extreme Chaos mind- collectivistic government like the Soviet union. Where Nazism elevates the power of the masculine savior, the collectivistic mind elevates the “people” to the role of the divine. Interestingly enough, where the Fatherland expands and conquers, the Motherland is protected from external threats (something about winters in Russia, perhaps?). The Chaos mind aims towards a flat organizational structure, or at least claims to. However, the Chaos mind acts covertly, and power is exercised in secret, through implication. Love is the operant value that guides the Chaos mind, however, that love is weaponized and certainly not unconditional. Love for one’s fellow man acts as a means to destroy the individual- it makes the individual silence themselves through guilt rather than the open force of Order.

Let’s look at the individual expressions of these extreme states.

The mind of the individual that is unbalanced towards Order is essentially a solipsism based around the individual and their relationship with reality. One of the core issues that arises from this is that the language components of the brain (associated with the Order mind) can become so specific to the individual that communication suffers or can be impossible. Imagine that you never met another person in your life- you’d still have the capacity to understand the world, but once you met a person, your mental topography would be mapped out so differently that you’d likely be unable to explain it with their words.

This can also lead to fixations. Every person has specific things that they’re more interested in than the average person. Coupled with a lack of social relationships, the identity becomes entwined with these fixated subjects. Savant syndrome likely draws from this, and I’d argue as a counterpoint that the normalized development of individual identity may inhibit the capacity for exceptional skills.

The mind of the individual unbalanced towards Chaos is solipsism based around the idea that all other people must be thinking about the solipsist in question. This draws from the capacity for empathy, but empathy perverted in a way that can’t entertain the concept of minds independent from the observer. Paranoia, persecution syndromes, narcissism, and other extremes of personality arise from this. Where the over-Ordered individual is an island unreachable from his fellow man, the over-Chaotic individual cannot distinguish the self from the other-concept. Both of these represent some core misstep in the development of the self.

One interesting lens through which to examine this perspective is something I touched on in my article about Westworld. However, to avoid spoiling that excellent show for you, we’ll briefly summarize here. Psychologist Julian Jaynes, in his book “The Origin of Consciousness in the Breakdown of the Bicameral Mind” argued that the higher level thinking (inner voice) of ancient peoples was actually perceived as a separate entity (the voice of a god).

Now let’s take that concept and run with it. If we know the part of the brain that controls language is related to the Order mind, then we can consider the possibility that the two hemispheres are, in fact, separate minds altogether. Let’s overlay this concept onto the previous chapter of this series’ idea that the true Self is the watcher at the center of mind. What you end up with is the ability to balance these separate hemispheric ideas of mind.

For a person who “lives in,” or conflates their identity with, the Order mind, they’re going to consider their feelings as a completely separate entity. This is probably why the average man has a hard time with his emotions, as he’ll be Order mind dominant. For a person who lives in the Chaos mind, they’re going to have a primarily emotional existence, and their subjective experience will shift based on their present feelings. The Order mind is actually blind to its emotions, because the system that articulates does not feel, and the Chaos mind is blind to cold logic, because it’s looking for intuitive confirmation- “it feels right.”

(Something of a tangent- there’s a movement in the stranger parts of academia to consider “other ways of knowing,” which is almost certainly an outgrowth of the Chaos mind.)

I will add (which should be obvious) that neither the Order nor the Chaos mind are inherently good or bad. Both are evolved systems that act in response to the world, and they require each other to function.

Now, back to Jayne’s concept- there are many reports from schizophrenics that there’s a feeling of a “presence” or “otherness.” I would argue that this is the recognition of the internal separation from the other brain- which would explain the idea of hearing voices as a complete disconnect from the verbal Order brain. I’d also argue that the autistic inability to act socially is because the intuitive component of the Chaos brain is separate from the experience of living in the Order mind- the subconscious recognition of body language and social cues aren’t “felt.”

This theory also maps well with Jung’s concepts of the Shadow and the Anima/Animus.

Let’s assume that the average man is born “living in” the Order mind, and the average woman is born “living in” the Chaos mind. That would mean that, for the man, his anima is his inner feminine Chaos mind, and for the woman, her animus is her inner masculine Order mind. The shadow constitutes the hidden parts of the undifferentiated self that have thus far been obscured- the negative things we don’t acknowledge about who we are. To the Order mind, this would present as faulty logic skewed by emotion, but without the ability for the Order mind to admit or acknowledge it. To the Chaos mind, I would guess that this would be something like the use of emotions to manipulate in a logical fashion, although I am not sure.

With the understanding that a singular attachment to either the Order or Chaos mind is the source of many psychological issues, we have to aim ourselves at the goal of the development of the independent “watcher,” or identification with the true Self. If we imagine the two minds as different ways of seeing, then this concept can be best expressed by the idea of the “third eye.” This is the transcendence of duality- the ability to see both the logical and emotional perspectives and create a third option that surpasses both.

This is the “hiero gamos,” the holy marriage, the Star of David and the Seal of Solomon, the Yin and Yang of the Tao, Jung’s individuation, and the creation of the divine Androgyne. However, this doesn’t imply a neutering of the dualistic relationship, just an escape from the constraint of the forced dualist perspective and the creation of a complementary balance. The masculine encounter with and overcoming of his emotional self, and the feminine acknowledgement of the logical mind and integration of and submission to reason.

Masculine culture reflects this impulse to overcome the emotional, and the mystic religions are very often a depiction of this feminine submission. The encounter with the gendered reality of the flesh and the world is traumatic (see Eden), and the first realizations of this trauma is the beginning of the process of discovering the Self.

We can actually extrapolate this gendered dualism through the lens of the metamind concept to examine the interesting development of gender in the past several decades. In a sense, the changing dynamics of gender in the material world is a physical ritualization of what I would argue is primarily an individual’s personal process of self-discovery. However, that’s a broad conclusion that would require a great deal more exploration than I have the interest in doing, so we’ll leave it at being a fun thought.

In the next chapter, we’re going to explore the Z axis, which will cover the mind’s relation to progression of evolution up the spine, the symbolism of the chakras, the Book of Revelation, and the meaning of the shepherd’s crook. Until then, know thy Self.

Originally Published as:
MasterSelf
TAGS:
Pieces of Mind
Order & Chaos
YOUR PHILOSOPHY MATTERS
FIND OUT WHY