Beyond Influence, I: A Light in a Darkened World 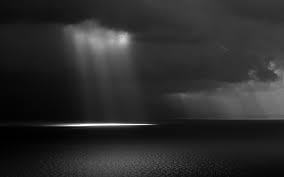 I had a realization the other day- there doesn’t seem to be any comprehensive resource or educational tool in the world to train individuals in the art and skill of resisting influence. This struck me as relatively incredible, considering there’s a market for all kinds of needlessly foolish nonsense, so why not this? Of course, it doesn’t really benefit anyone selling anything to make their targets harder to sell to, whether that’s for the sale of products or the sale of ideas, so I guess I shouldn’t be surprised. On that note, today, I’m going to begin what will be a series of articles from a variety of authors designed to teach you the techniques required so that you can be beyond influence.

My rationale in creating this series is effectively as follows- In keeping with the theme of the site, I’m a big believer in the notion that change is most effective on the individual level. Much of what I’ve written about so far has been useful for the individual when it comes to dealing with themselves, covering topics like the structure of Self, values, and things of that nature. However, while all of that is essential and foundational for anyone to begin improving, it doesn’t directly address the fact that there are people out there- marketers, politicians, salesmen, demagogues, and ideologues who have a vested interest in using manipulative techniques and influence to bend you to their will.

For some length of time, I thought that the most effective solution to this would be to create a competitor belief system in the form of philosophy turned ideology, but that never sat right with me because of my understanding of memetic theory and the fact that much of it is pretty unethical in practice. Just recently, though, I realized something essential:

When it comes to the mind, the best offense is a good defense.

Why is this? While on a physical battlefield, combat is generally done with direct physical conflict, in the realm of ideas, the warfare is done internally long before it ever moves to the real world. We like to think that political debates on TV are where the battle for a country’s worldview takes place, but in reality, the political sphere is the end result of a long chain of causes going back hundreds of years into the realm of the philosophical.

Don’t believe me? Look at the continuing influence of the philosophical ideas of the Founding Fathers (and their influences from the Enlightenment era) and how it’s at war with the influence of Marxist (and Leninist and Stalinist and Gramscian) thought, even though all of these people are long dead. Go further back- look at the ongoing religious conflicts built on the teachings of a variety of prophets and holy men that have been dead for hundreds or even thousands of years.

Ideas are far more powerful than people, and if you don’t believe that, consider what things you might believe that were thought of by a person you have never met, that you never tested yourself, and yet you believe anyway. Consider how many people fight to defend a party they did not start, a country they did not create, a religion they were born into, an ideology that was foisted onto them, a lifestyle they have been sold, and a dream of what this life is, or could be, that was devised in a boardroom or a think-tank to sell another goddamn crossover SUV.

Until you realize how you have been a victim, you will not be able to become a victor. This is a necessary stage in the process of growth, the first death in the shedding of old skin, the pain of the birth of a better self through the self-murder of the old.

What you thought you were is what you were sold, what you thought you wanted is what you were told to want. Somewhere, however, under all of that, there is still the perfect, unblemished dream of the child within you, the thing that you wanted to be when you grew up before you started to care who made the most money, or who had the nicest car, or who has the most exclusive, expensive, pre-shredded and stained jeans.

The best offense is a good defense because when you’re not defended, you go to war with yourself for the sake of someone else.

“I really want to be an artist, but I guess I should go get a real job so I can afford the kind of house I feel like I’m supposed to have.”

“I want to make the world a better place, but there’s no money in that, so I’m going to get a marketing job instead.”

“I wanted to clean up politics, but everyone in politics is corrupt so I guess I better be corrupt, too.”

First, we pretend there’s nothing wrong. We tell ourselves that this is the life we chose, and we want all these possessions and the debt was worth it, that our nine-to-five isn’t that bad, and so what if we don’t know or like our neighbors, right?

Then, we realize we’ve been fooled. This is the most vulnerable point, because it’s here that we’re emotional, and when we’re emotional, we’re willing to buy or believe anything to justify our hurt, or our fear, or our anger. This is the point where we acknowledge that we’re victims (which is true), but it’s also at this point that we run the risk of internalizing the state of victimhood, which leads to powerlessness and cowardice.

Most people get stuck in one of those two stages- pseudo-blissful denial and a childlike state of hurt. The next step is harder, and we don’t like to do hard things, generally. What comes next is to turn the cold gaze of accusation onto the self, to see all the ways that we’ve actually set ourselves up for failure, every internalized insufficiency that we accepted as normal, every weak point we left undefended and open to predators, and every moral failing we’ve rationalized as acceptable in a world that has failed morally.

One can only come to this stage, the stage where growth begins, if you have something that most people do not. This thing will be what keeps you going through the darkest pits of the abyss and the hottest flames of an introspective hell-

To believe in something better is to be damned to know one’s own insufficiency. This is the indictment of potential- if you’re a born loser, it’s no surprise when you lose, and it doesn’t hurt as much because you never expected anything else.

However, true suffering is reserved for the man with even the ghost of a hope that he could be something. That place where even a tiny sliver of greatness, even the faintest whisper of “what if-” lives, that tenth of an ember that glows in the darkness- that is enough light for you to imagine a world without darkness.

When you imagine a world without darkness, you’re forced to confront the night you find yourself in. To a man who has never seen the sun, such a night is no great horror, it’s simply the nature of things. To a man who has even once dreamed of light, the horror comes from those who have never dreamed at all- the man, or the scores of men, who see no shame in their lack of illumination, no capacity for hope and no natural repulsion against the state of hopelessness, is the thing to be afraid of.

What are we, then, without ideals? What do we become when all light dies? The mole goes blind in the dark pack of the earth, as he no longer remembers how to use his eyes. Below the serpents of the deep, below even the realm of the leviathan, reside those wretched creatures who move in the most frigid depths of the sea, so deep that no light reaches them. In the darkness, they devolve into horrible forms- they become monsters because there is no light to show the world their faces. Worst among these beasts is the angler fish- this is the most evil of all things in the sea. He carries a torch himself, the soft light of a false hope, drawing in those who still have enough sight in them to recognize the light. Then, when they begin to approach, he feasts on the fools who were still naive enough to trust a torch in a darkness of such depth.

For someone who has never seen the light of hope, it’s all too easy to misplace one’s trust in such a fool’s torch. Of course there’s no place for hope in those depths. This is the mistake of the fool who wants to believe in a salvation that comes without any effort, a fish who wants to see the sun at twenty thousand leagues below. We can only move closer to the sun as we climb the mountain, and we can only escape such wretched predators by moving away from the realm where we reside as prey.

Such is the role of the ideal, and such is its power to impel us to rise. When we believe in that small sliver of hope, that part of us that remembers what it was like to believe, even if only in the daydream of childhood, we’re called upon to ascend- to rise, high above the skyline, to feel the warmth of the rays upon our skin in a way that the beasts of the depths could never imagine.

The ideal is the foundation of your defense, because if you remember what the light looks like, you’ll never be tricked into taking the bait of the angler fish, the wicked torch of false light in the depths of depravity. Just as the ideals that great men have left to lead us inspire use skyward, the false light of the worst of us can only draw us deeper down.

The great man finds his best company with others of stature and achievement. He has no time to be spent wallowing with the pitiful, or flagellating with the shameful. His only word of advice to the lost is- “you, too, can come with me.” To those who themselves have even the barest spark of potential, this is all that must be said. To those who have none, it is the most vile of all curses ever uttered.

The man who believes in himself, who believes in an ideal, and who is willing to give all of himself until there remains nothing within except that spark left, bared to the world, is beyond influence. A man with a torch is unlikely to take directions from one without.

In the same way, those who are self-directed are free from influence, and those with an ideal become self-directed. This freedom that comes from belief must be earned, and it can only be earned by the man who is willing to look beyond the many false lights of the world, to elevate his vision skyward, and to seek the sun- for all others are lights that never warm.

Beyond all of this, beyond all things, seek first an ideal. You must discover the place inside of you that once believed, that still does, and from there, all good things begin.

Going forward, we’re going to have a number of brilliant writers contributing to this series to help you learn the means by which you can resist the influence of those who would manipulate you, as well as the culture at large. Thanks for reading, and stay tuned for next week’s influence article!