At The Time When Kings Go Off To War (Guest Post ft. J.A. Dailey) 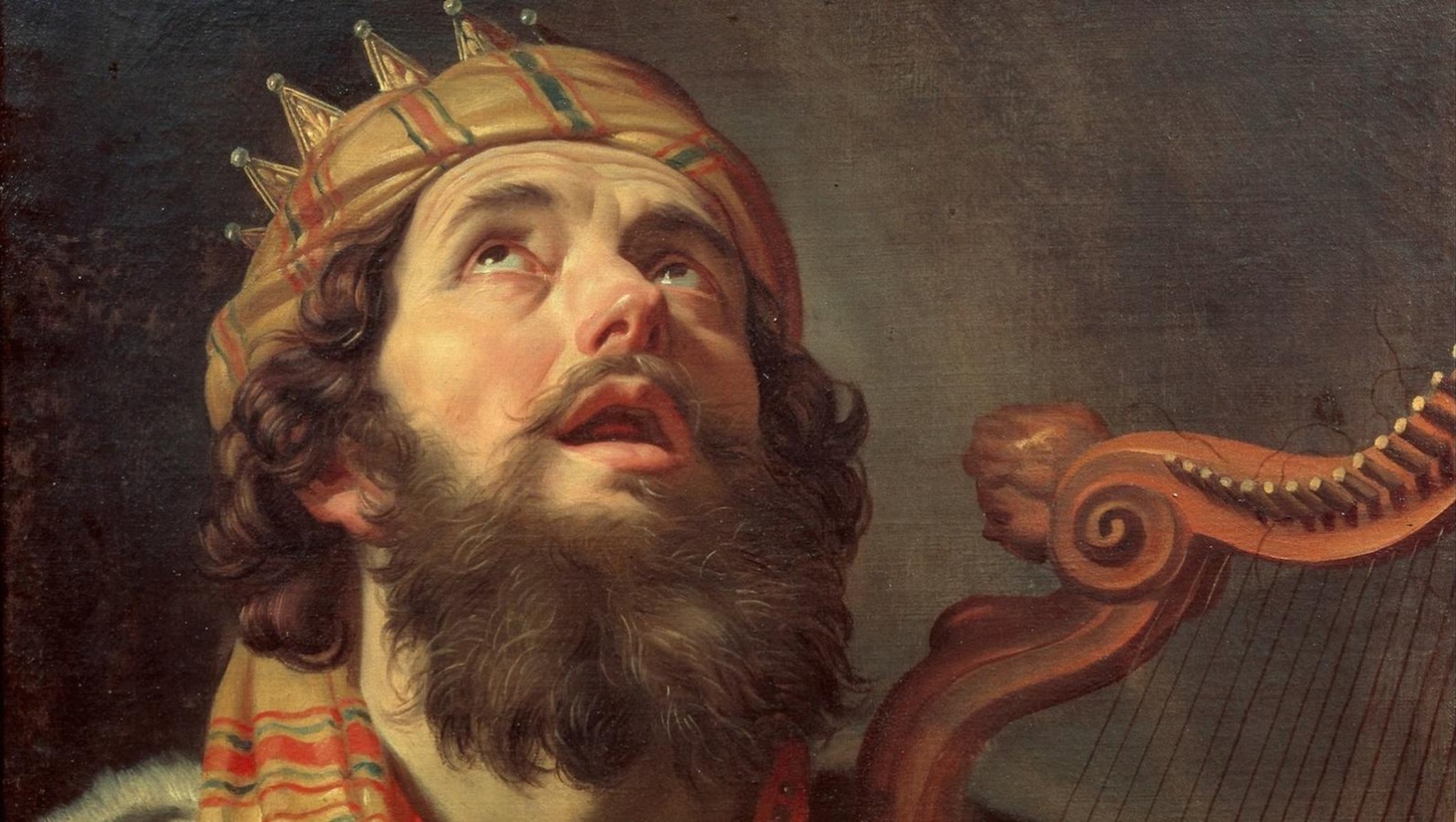 [Editor’s Note: Today we have an exiting guest post from my father, J.A. Dailey, about leadership, King David, and the Bathsheba Syndrome. Without further ado, here’s “At The Time When Kings Go Off To War,” enjoy!]

At The Time When Kings Go Off To War

Of Naked Women on Rooftops

Why Do Good Leaders Go Bad?

In one of everyone’s favorite saucy Bible stories, King David looks out of his window to observe Bathsheba bathing on her roof. Long story short, David summons her, they get it on, and eventually he has her husband, Uriah, (one of David’s military leaders) killed so he can be with her.

Man, that David, what a real POS!

—But wait a minute, wasn’t he the kid who killed the giant Goliath, with a sling and a stone?

—Wasn’t he the one selected by God to rise from lowly shepherd boy to become the second King of the Nation of Israel?

—And wasn’t he the cat that conquered Jerusalem and led his forces to victory over the Philistines and countless other foes?

So where did he go wrong? Was he always a little dirty, or did being King bring it out of him? There is an old adage that tells us: power corrupts and absolute power corrupts absolutely. Most of us will not reach the point of absolute power, (I am seldom given unfettered access to the remote control), but lately there have been an alarming number of instances of seemingly trustworthy political, military, religious, and corporate leaders making very bad decisions and taking advantage of the trust, authority, and autonomy afforded by their positions.

I can’t believe that they were always bad, that they snuck through life working their way to the top waiting on the opportunity to use their placement and access to surprise everyone with stupendously horrible, illegal, or immoral decisions. So what happened?

According to Dean Ludwig and Clinton Longnecker in a paper they call “The Bathsheba Syndrome” these falls from grace often come from leaders with previously high moral character and a record of stellar decision making, “In short, too many of the perpetrators of the violations we have recently witnessed are men and women of strong personal integrity and intelligence. Men and women who have climbed the ladder through hard work and keeping their nose clean but just at the moment of having it all they have thrown it all away by engaging in an activity which is wrong, which they know is wrong, which they know will lead to their downfall if discovered, and which they mistakenly believe they have the power to conceal.”

If we look at David’s story we can see examples of the four byproducts of success that can lead previously good leaders to go bad.

The story of David and Bathsheba comes from the 2nd Book of Samuel. It begins with: “At the time when Kings go off to war…”  Meaning, it was the fighting season, that magical time between planting and harvest when biblical men were idle and kings went out to settle grudges and expand empires. It was also a time when it was the responsibility of a king to lead his armies into combat. David was no stranger to warfare. He was no coward. He was known for his victories, but he decided that this time he would delegate leadership of his forces to a subordinate. He wasn’t where he was supposed to be, where he needed to be, to observe the situation and make decisions—He abdicated responsibility. If David would have saddled up and rode out with his men, the rest of the story would not have happened.

We have all witnessed falls from grace by leaders who fought like hell to earn their place at the top of the mountain then, once there, they stopped doing the things that made them successful. They lost focus and took their eyes off of their compass, treating a promotion like a prize rather than an obligation. A few degrees off of True North won’t make a difference will it? Probably not in the close fight, but over time that deviation builds and compounds, and before long you are so far off course it can be hard to find your way back.

Castles occupied the high ground. That makes them not only easier to defend, but also allows for observation over the surrounding area. It was David’s responsibility to use his privileged vantage point to look out for his people, to ensure their security. Instead he became a peeping Tom.

I won’t speak to Bathsheba’s bathing habits. Perhaps all wealthy women had servants to lug buckets of water up to the roof for bathing, maybe that’s where rain water was collected, or perhaps she was an exhibitionist, who knows. But when David saw her, he summoned her. I don’t know if it was consensual, or a #METOO situation, but there was certainly an expectation that the King’s wishes were commands, and he had the power to eliminate those who displeased him.

If I go into a candy store and steal candy I’m a thief. But if I work there I’m allowed behind the counter. I have access, I can tell myself that it’s a perk of the job.

Success leads to control of resources-

Like privileged access, the ability to control resources, be they information, funds, office supplies, or armies opens the door for the opportunity of impropriety. Back to the candy store, now I no longer just work there and help myself to the occasional lemon drop, now I have the keys to the store room and am responsible for conducting the inventory.

An inflated belief in personal ability to control outcomes–

We admire problem solvers. In the military we look for them, foster them, promote them. David’s problem was that he got Bathsheba knocked up. Many is the marriage that has ended when a young soldier returned home from a six-month overseas deployment to find a four-month-pregnant wife. But David was smarter than that, and he had control of resources. So, he had Uriah brought home, ostensibly to congratulate him for his great work and, as a reward, he offered Uriah the chance to spend the night with his wife before returning to combat. I expect that gestation dates were not tracked as carefully in those days, so if Uriah just would have had sex with his wife, the assumption would have been that he was the proud papa.

The next morning David sent Uriah back to the front lines carrying a sealed message for his boss which basically said, “Hey, send Uriah into the heaviest fighting then abandon him.” It wasn’t just Uriah that died, his men were left to be slaughtered. This all happened because David took his eyes off of his strategic goal and abused his position in order to get what he wanted.

It took David’s advisor, Nathan, calling him on his bullshit to get David to see the error of his ways, check his compass, and get back on track, but by that point Uriah and his men were dead and, in a questionable punishment, God caused Bathsheba’s to lose the child.

Most of us will never wield the absolute power of a king, but it isn’t hard to see how these same four pitfalls wait for those of us with far lesser degrees of authority and autonomy. We can thwart them if we keep the following in mind:

—Your increase in power or authority is based on your potential to serve at a higher level. Keep doing the things that made you successful and surround yourself with people who will call you on your bullshit when needed. Look for a mentor you respect and seek their counsel when needed, then try to become the person someone else will seek as a mentor.

—Recognize that leadership is a privilege. With power comes responsibility, not reward. President Lincoln said: “Nearly all men can stand adversity, but if you want to test a man’s character, give him power.”

—Be above reproach in your handling of resources be they time, money, or lemon drops. When you take care of the little things the big things take care of themselves. When those that work for you recognize that you are fair and honest, you have set expectations for their actions and can confidently hold others accountable to those expectations. If those who work for you see you deciding which rules to follow, how can you be surprised when they do the same?

—You were promoted to be a problem solver, not a problem creator. Don’t let your solutions spawn additional problems that require resources to cover up. Don’t take any action that you wouldn’t want to be the lead story in tomorrow’s paper or have to explain to your mom on the phone. The pyramid can become increasingly slick the higher you climb, and the fall farther. But When you do screw up, and you likely will to some degree, recognize it quickly, admit it immediately, and work like hell to fix it.  Learn from it, recover, and grow.